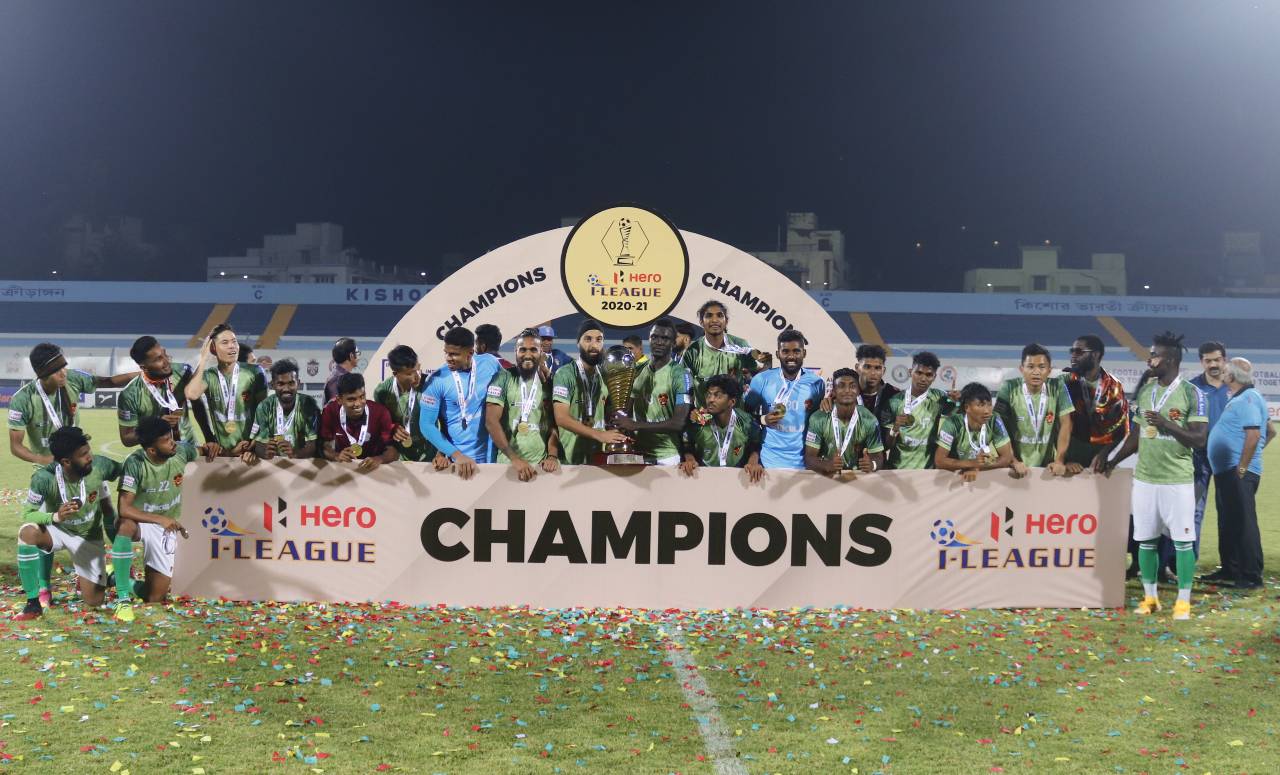 KOLKATA: A captivating Hero I-League season came to an end on Saturday, March 27, 2021. After 15 rounds of intense battling between eleven teams, Gokulam Kerala, the side from Kozhikode scripted history, becoming the first-ever club from Kerala to be crowned Hero I-League Champions.

The Vincenzo Annese coached side came from a goal down to score four in the second half and register a dominant 4-1 win over TRAU FC at the Kishore Bharati Krirangan (KBK) in Kolkata, West Bengal. Bidyashagar Singh’s first-half strike was not enough to equal an attacking display from the Gokulam frontline as strikes by Sharif Mohamed, Emil Benny, Dennis Antwi, and Mohammad Rashid aided Gokulam in their quest for silverware

After some inconsistent performances in the first phase of the Hero I-League, Gokulam Kerala turned up the heat on Churchill Brothers, who sat at the top of the table for a vast majority of the season. At the end of play yesterday, the Malabrians and the Red Machines stood equal on 29 points, but thanks to their superior head-to-head record, Gokulam Kerala were crowned Champions. 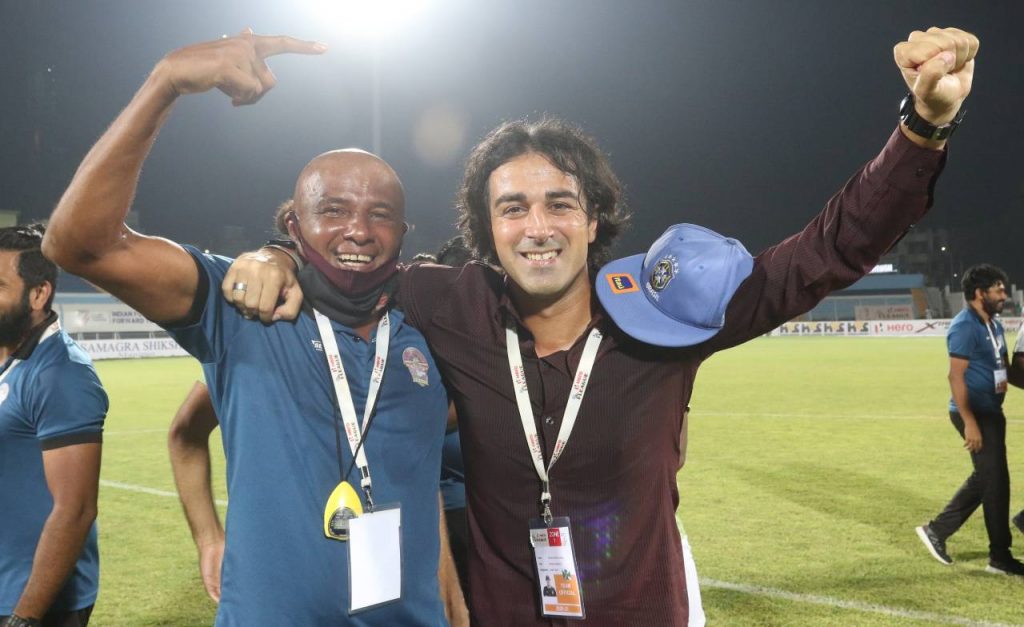 “This title means everything to me because it’s my first league victory” proud head coach Vincenzo Annese professed, “I’m so happy for the guys and we really deserved it! We scored the most goals in the league. It was a very close league. I would like to thank India, the football federation for the opportunity. I wish to stay in India and continue my work.

“Everybody is what has made the team special. We played attacking football, no other team has matched us in goal-scoring in the league. I told the boys in the dressing room at half time that we have the ability to score goals within minutes, and that is what happened. I believe we scored three goals in a span of seven minutes. I am very happy.”

Striker Dennis Agyare Antwi was an important cog in Annese’s attack machine. The Ghanaian goalscorer, aka “The Assassin”, ended the season with eleven goals. “I feel great. It was a big opportunity for me, my first time being in India and winning the I league for Gokulam. It’s a very good experience and I am very happy being here,” Antwi said. 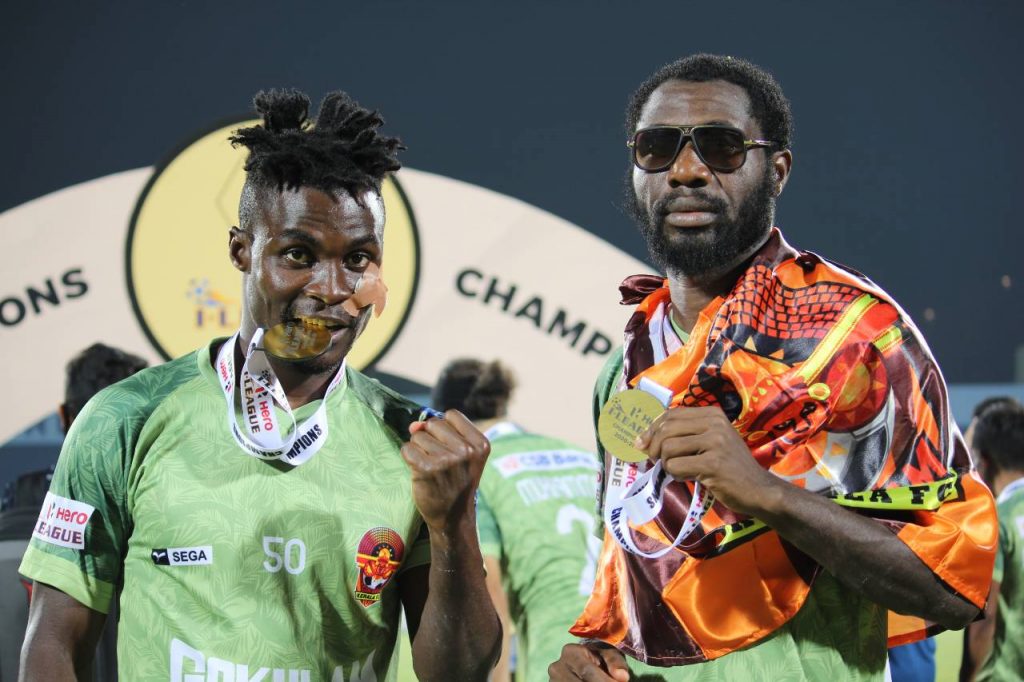 The Gokulam top-scorer, celebrating with the team flag draped on his shoulders and killer shades over his eyes, offered an insight into his choice of accessory, “Today, you can see I have my shades on. This is called the Assassin. I came here and assassinated the league. I scored goals, assisted some and we have won. We have the Punisher (Philip Adjah); I am the assassin and we did it-worked hard and we deserve to be Champions.”

The striker also went on to praise the highly competitive nature of the Hero I-League, and Indian Football, saying, “People who say, India is not developing in football, that person is lying. Indians are developing football, it is very aggressive. You can see from the ISL, the Hero I-League, the points are close, everything was close.”

Antwi’s national teammate Philip Adjah Tettey Narh was equally important in Gokulam’s title run. Despite being off the field at half-time, the Ghanian striker always had belief in his team. He said, “When we were down, I was confident that we would definitely hit back. We are a good team, we played as a team and came back from a goal down to win.”

While the two Ghanaians provided the fireworks in attack, 20-year-old Emil Benny, a local lad from Wayanad, Kerala was as important in the midfield for the Malabrians. Benny, played a crucial role in Gokulam’s fightback, scoring the second goal in the game to put his side ahead of TRAU, deservingly winning the Hero of the Match award. Furthermore, the midfielder was also honoured with the Best Emerging Player of the tournament award. 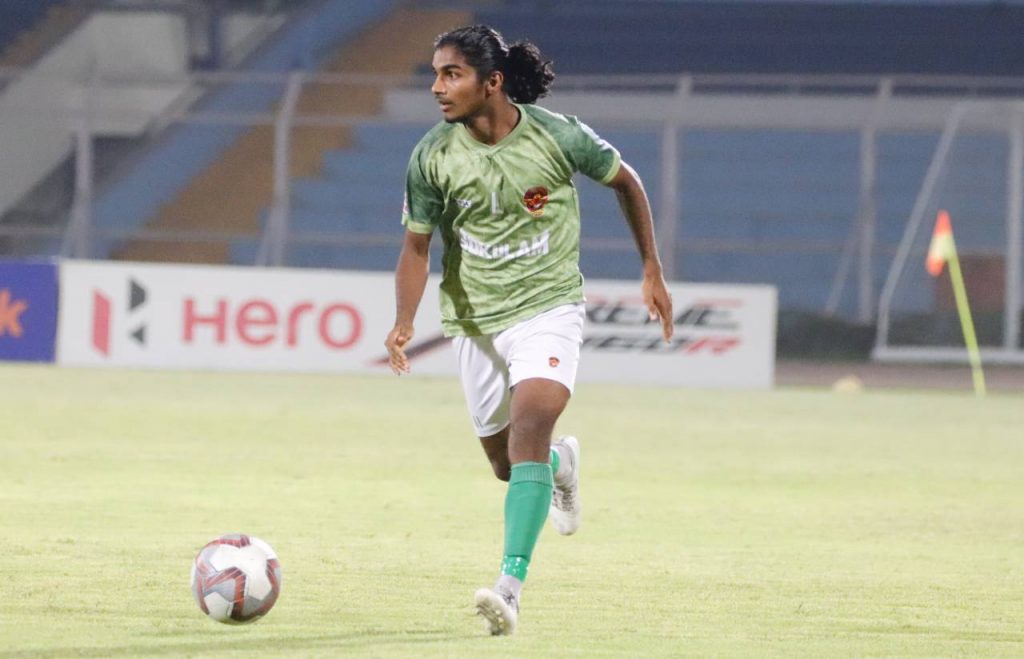 Sharing his happiness at the post-match ceremony, Benny said, “First of all, I would like to thank my teammates, coaches and everybody who helped us get here. This was my first season. I’m so happy to score the goal and help the team win. I can’t express it in words, I’m so happy!”

The management of the club also shared their happiness. Gokulam Kerala President, VC Praveen, said, “It’s a great feeling. We have been dreaming of it right from the day we got inside the hero I league. Last year was a close miss. This year too we started thinking we would be champions, the first six matches did not go as expected. 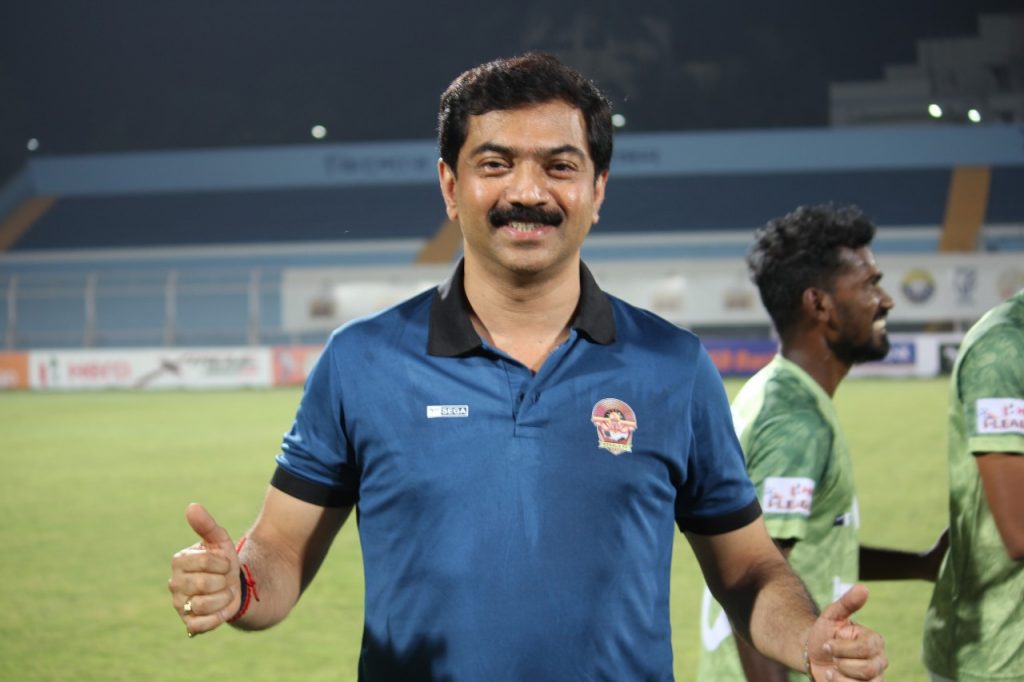 “Just when I was thinking that again we would have to start planning for next season the boys made a big turn around. They made the changes, they had the confidence and they gave it their all. Today as well, I was confident that we would come back even after the first half.”

By winning the I-League, Gokulam also secured a berth in the AFC Cup Group Stage 2022. Looking forward to those opportunities, Praveen said, “Now, we have more responsibilities- an opportunity to play in the AFC competitions. It is a bigger dream, a big achievement.”