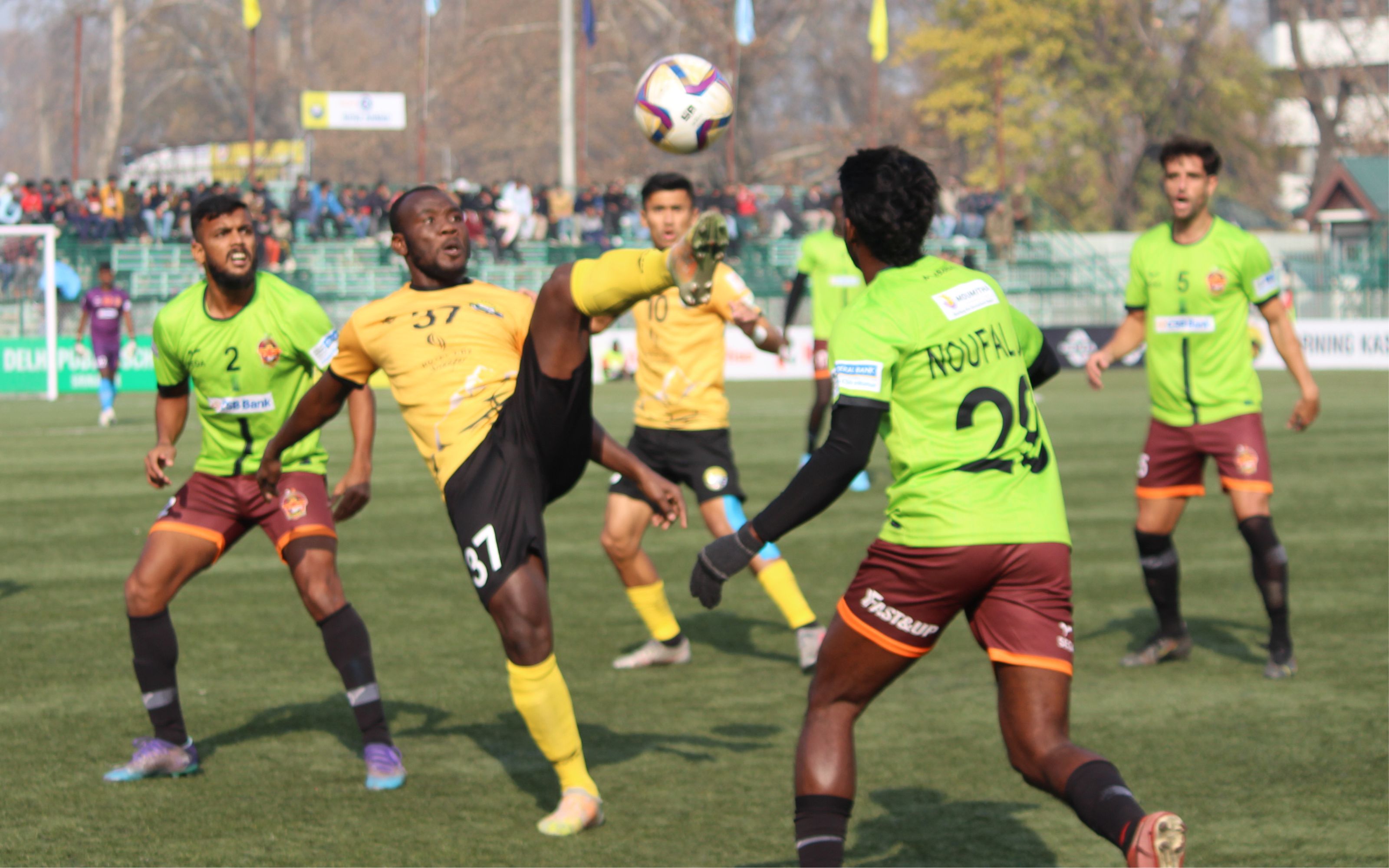 SRINAGAR: Real Kashmir FC and Gokulam Kerala FC played out a goalless draw at the TRC Stadium, Srinagar in their Hero I-League 2022-23 match on Tuesday (November 22, 2022). It was an action-packed encounter with chances for both sides but both goalkeepers put in excellent displays to ensure that neither team found the back of the net.

Both teams came into the encounter on the back of two wins each and zero goals conceded as well. With this result, they maintain their respective unbeaten starts and also make it three clean sheets in a row.

The first half began with both teams going for the attack right from the get-go. Gokulam’s Arjun Jayaraj charged into the penalty area with the ball in the sixth minute but was closed down before he could shoot. A couple of minutes later, Real Kashmir had their first shy at goal through Nozim Babadzhanov, whose shot from distance was narrowly off target.

The league’s double defending champions started to have the better of the exchanges and were able to counter the aerial threat posed by the hosts. In the 14th minute, Sreekuttan VS had his shot saved sharply by Subhasish Row Chowdhury in goal. Seven minutes later, Jayaraj put Auguste Somlaga through on goal with a defence-splitting pass but the forward was adjudged to be narrowly offside. 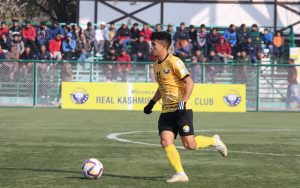 As the half drew to a close, The Snow Leopards came roaring back and came closest to breaking the deadlock. Defender Jerry Pulamte fired in a shot through his marker’s legs but it was no trouble for Shibinraj in goal. In the same attack, Babadzhanov tried his luck with a powerful effort from long range once more, but his effort was wide of the mark.

The best chance of the half came in the 44th minute through Real Kashmir’s Nuhu Seidu. The Ghanaian shot a free-kick from distance that rattled the post, and the ball fell back into the penalty area, with the Gokulam defence scrambling it clear in time. At the end of the first half, the scoreline remained goalless.

After the breather, the visitors created the first major scoring opportunity in the 50th minute through a free-kick just outside the penalty area. Farshad Noor took the shot but could not beat the defensive wall.

In the 63rd minute, Wadudu Yakubu evaded a trio of Gokulam defenders and danced his way into a dangerous position, before laying the ball off to Samuel Kynshi inside the box. However, the forward’s shot with the outside of his boot was wide of the far post. 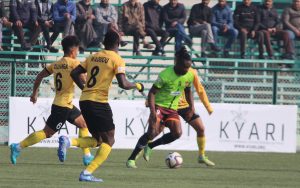 Chances were few and far between as the match approached the final whistle. Sreekuttan darted down the left flank and cut inside to shoot but his effort was easily collected by Subhasish. Two minutes later, he tried another shot from the edge of the box but again, the veteran goalkeeper made a comfortable save.

At the other end, Gokulam keeper Shibinraj had to be alert to tip over a looping header from a long throw-in by Lamine Moro in the 80th minute. From the resulting corner kick, Jestin George rose highest and fired in a powerful header that was saved in spectacular fashion by Shibinraj once again.

The Snow Leopards, spurred on by their boisterous home support, pressed for the opening goal and were inches away from taking the lead in the 85th minute. Samuel took a shot from 25 yards out that beat the keeper but thundered against the crossbar as the score remained at 0-0. With a minute left, Moro volleyed an instinctive shot from outside the penalty area but once again, Shibinraj was equal to it and kept the ball out.

It was a frenetic end to a hard-fought contest and the Malabarians’ defense came under a lot of pressure but in the end, the spoils were shared between the two teams.