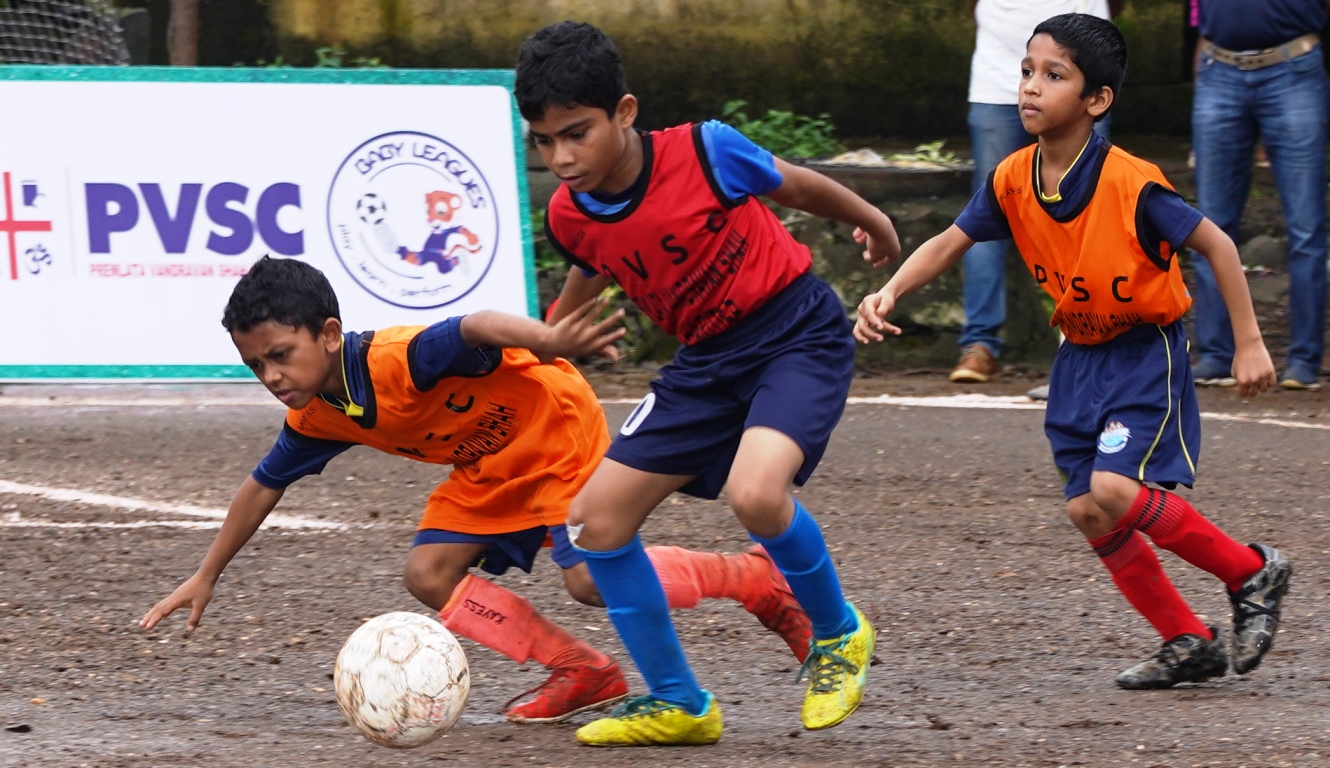 On the International Day against Drug Abuse and Illicit Trafficking, Indian Football legends join hands in the fight against drug abuse. ‘Get addicted to Football, not drugs,’ stay their message.

NEW DELHI: Every human being faces challenges at every step. The challenge to overcome them to face a tougher one describes ‘life.’ In our pursuit for happiness sometimes we tend to look for DRUGS as shortcuts but that disrupts the entire ecosystem, family lives, and maybe even puts an abrupt and early end to our lives.

The United Nations Office on Drugs and Crime has found that out of the 271 million drug users globally, at least 35 million have developed drug-related disorders. Around 5 lakh Indians were also interviewed as part of the survey.

Under such circumstances the message from the Indian Football family stays loud and clear — ‘Get addicted to football, not drugs,’ everyone says in unison.

“FOOTBALL IS A GREAT LEVELLER”

“Football is a great leveller. Instead of seeking a quick solution through drugs, it is a wiser idea to head to the football ground. It helps you maintain a biological clock. You have a healthy appetite, maintain an 8-hour sleep cycle which is important to stay fit. Get addicted to football, not drugs,” legendary Indian footballer IM Vijayan stated.

Renedy Singh who mastered the trickery of firing teasing free-kicks during his heydays felt football can be a perfect ‘silver lining’ to come out of this setback.

“Sports, let alone football, provide you with so much positivity and energy which helps you get over this negativity and obstacle. It helps you getting healthier physically as well as psychologically.”

“It categorically minimises chances of not going back to those bad habits again. It gives you an option to live a peaceful life, away from these hazards – a reason to be proud of.”

“There’s enormous pressure on the youngsters in today’s society. Unable to cope up with the competitive nature many tend to experiment with drugs out of depression. And slowly it becomes an addiction,” Paul quipped. “Instead take a ball and kick it. You will get addicted in no time and will find solace to stay away from all distractions. Football is beautiful, play it,” he added.

“DON’T JUMP INTO THE BLACK HOLE”

“Parents provide pocket money to their wards for food, conveyance but they use them for drugs. Initially, parents stay unaware of it and when they come to know, the kids have already fallen prey to it,” Padma Shri Bembem Devi, the most decorated woman footballer India have ever produced, expressed.

“I have seen youngsters getting spoilt which in the process have ruined the entire family. The effects are devastating. But the silver lining is that many showing their concern and many organisations are coming forward to help who have been affected,” she added.

Renedy felt drugs “push all to a black hole of a grave crisis.”

No to drugs ❌ Yes to life ✅ . On the International Day against Drug abuse & Illicit trafficking, let's take an important pledge 🤝 with #IndianFootball ⚽ stars . #BackTheBlue 💙 #hashtags

“Don’t jump into the black hole. Depression, unemployment, poverty, competition in professional life, family tragedy – we have all been hit by something or the other. It has under such circumstances people turn to drugs,” Renedy explained.

“Drugs can never be a solution, rather it’s a problem rooted deeper. It destroys the lives of everyone around the addicted person. The after-effects are devastating,” Vijayan echoed.

“U17 WORLD CUP BROUGHT A WAVE OF POSITIVITY”

Subrata urged all to take up sports as a hobby. “Nowadays in nuclear families, there isn’t much bonding among the kids. Not everyone goes out and play. This loneliness often destroys you. Pick up a sport as a hobby. You will feel better. I urge all parents to push their kids into sports,” he stressed. 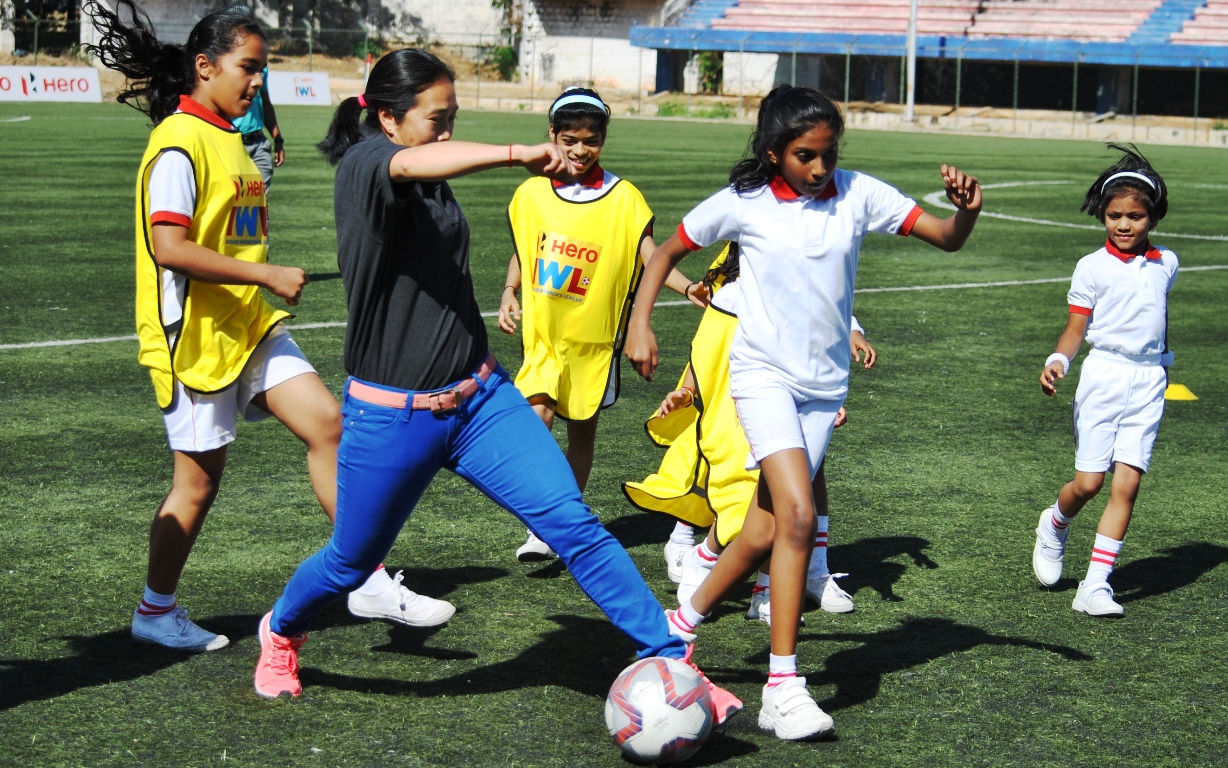 The FIFA U17 World Cup India 2017 brought in a positive wave amongst 1.3 billion Indians and the euphoria amongst everyone was there to notice. The in-stadia attendance logged 1,347,133 surpassing China’s 32-year-record figure of 1,230,976. Moreover, it shattered the record clocked by FIFA U-20 World Cup Colombia 2011 (1,309, 929) and became the most-attended men’s age-group FIFA World Cup ever.

“In today’s world, girls are running neck and neck in every vertical of life. Right from running a family to firing guns in the battlefield, Indian girls have traversed a long way. The FIFA U17 Women’s World Cup, besides pitting our girls against the bests of the world, will provide food for thought to the myriad of Indian girls to run to the football ground but not to drugs- which will help them revamp their present as well as secure the future,” Bembem Devi narrated.