Futsal has the potential to be a game changer for India, says General Secretary Kushal Das 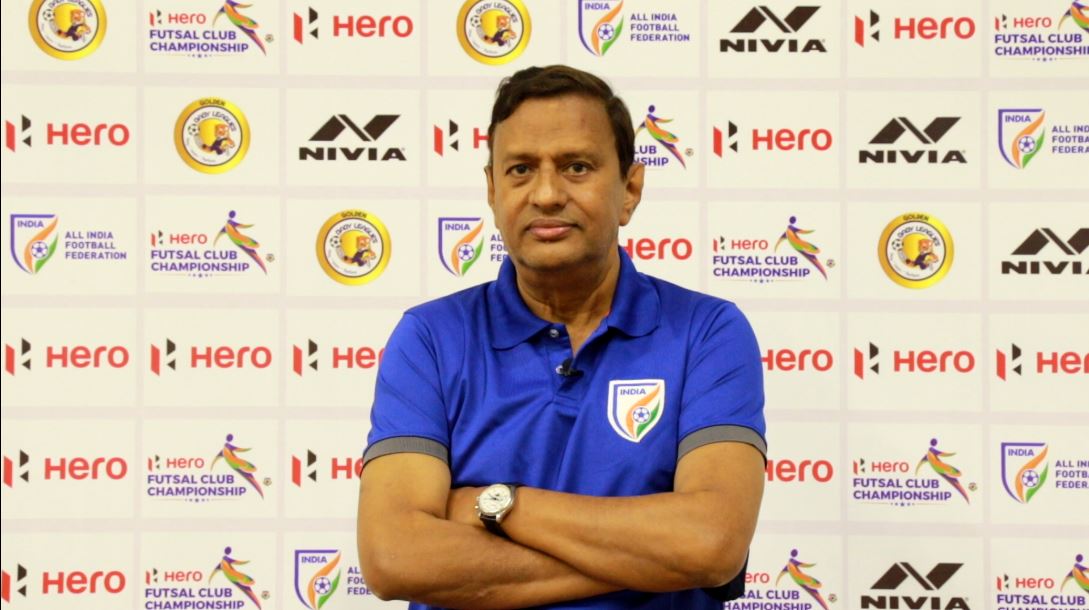 NEW DELHI: The Hero Futsal Club Championship came to an end on Saturday, November 13, 2021 at the Indira Gandhi Indoor Stadium in New Delhi, as Delhi FC were crowned the first champions of the Club Futsal in India.

After the completion of the event, AIFF General Secretary Mr. Kushal Das hailed the efforts of all parties involved to make the championship success, and said that the shorter version of the beautiful game has “tremendous potential”.

“I am very happy and I think Futsal has got tremendous potential in the country. I think this tournament will be a game-changer for futsal in India,” said an elated Mr Das. He continued on the development and the aims of AIFF on futsal in the future. “Futsal is what we want to do going forward, we wanted to do it a couple of years ago as well but had to delay the plans due to the pandemic. For the next edition of the tournament, I hope we will have spectators in the stadium.”

Mr. Jacob Joseph Biggs, senior development officer, futsal and beach soccer at the AFC, was very happy to see the quality of futsal that was played in the finale. “It was a fantastic match between the two finalists, Mohammedan SC and Delhi FC. The AIFF have done a fantastic job in organising the inaugural edition of the tournament, and I would like to thank the federation for organising this event in such fashion. We will continue to support the federation in their future endeavours as well.”

Mr. Savio Medeira, Technical Director and Head of Coach Education, AIFF, heaped praise on the state associations and the federation as well. “The tournament started in a good manner, and I want to thank all the state associations who took extra efforts to conduct the futsal leagues. I was very happy to see their teams come here. The competition between the teams was very good, and from here we don’t look back. We will look forward to more success and to grow Futsal all over the country,” said Mr Madeira.

Mr Sunando Dhar, Leagues CEO said, “Now that we stand here on the final day, I feel really happy. We are happy to see a tournament where 16 teams participated, and the best part of this was 12 teams coming from on the back of winning their state championships. Ultimately, we would love to see Indian teams participating at the Asian level, both the national team as well as the club teams.”