From fan to fan-favourite: Chennai City’s Jockson Dhas is living the dream 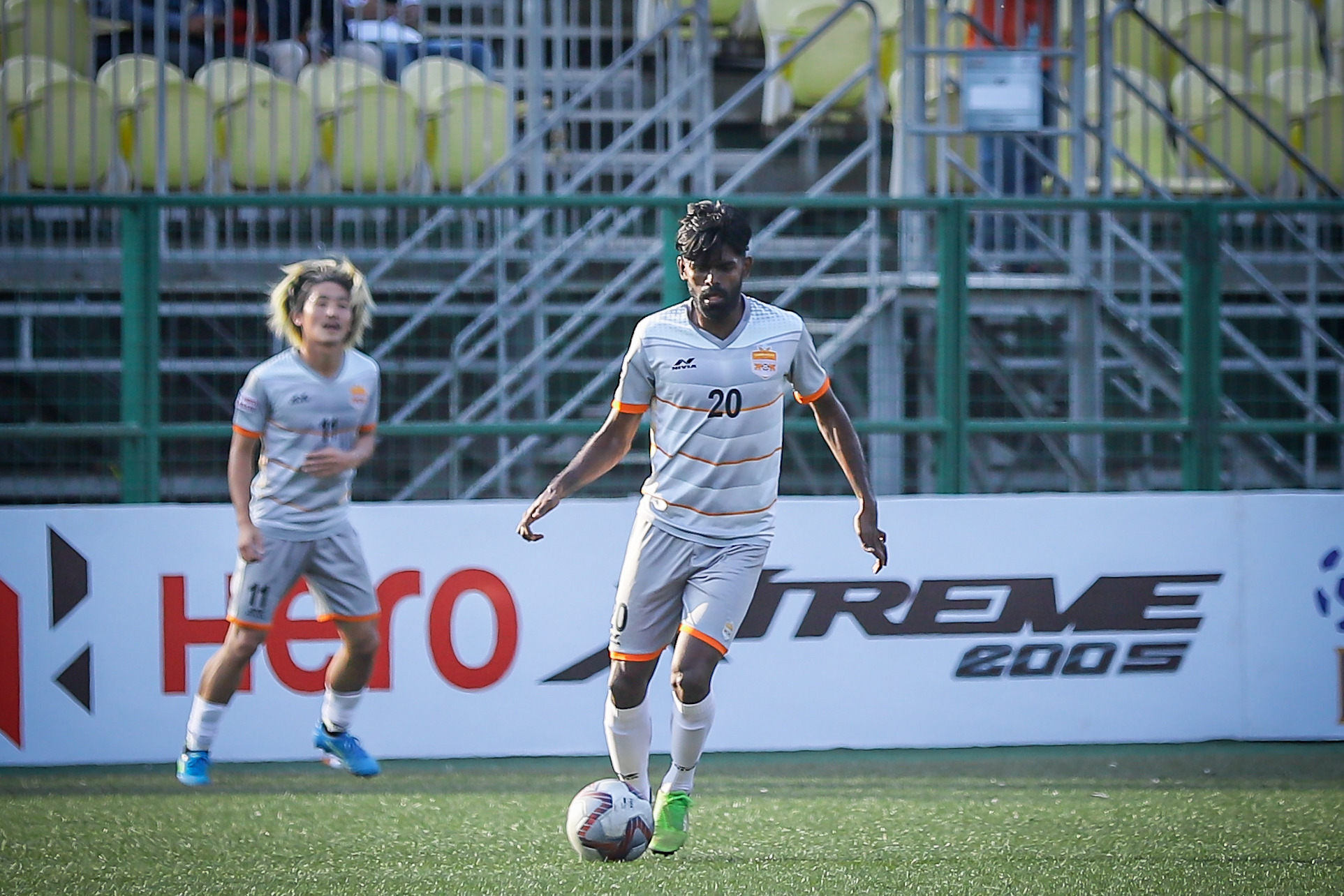 One of the key players for the Lions’ in the game was 24-year-old Jockson Dhas, who is currently in his debut Hero I-League season and has featured in 13 out 15 games this campaign for the defending champions – registering three assists and producing some truly eye-catching performances with his work-rate and pace.

Jockson hails from Thoothoor, a coastal village in the Kanyakumari district of Tamil Nadu, and like ex-Lions Regin and Micheal Soosairaj, and many Chennai City FC players – both past and present – he comes from a family that depends on fishing as their source of livelihood.

Once a passionate supporter in the stands for CCFC, Jockson is living his dream as he takes to the pitch for his beloved club in the Hero I-League. In an interview with www.i-league.org, he speaks about his journey from his humble beginnings, his transformation from a fan to a player and his experience of playing in the Hero I-League against the top teams in the country. EXCERPTS:

What does it mean for you to play for a club like Chennai City, which is from your home state?

I had always dreamt about playing in the Hero I-League and to play for a team from your own state is just amazing. To represent your own state gives immense joy to me.

Being a local player, do you feel you have a special connection with the fans?

Earlier, I used to watch the I-league on television. It is incredible when you look at the support the players get from the fans and I used to be in awe of it.

I have been on both sides now! I have stood and chanted ‘CCFC’ as a fan and now to represent the same club is nothing short of a dream. I have always thought about the fans shouting my name and I always wondered if it would happen for me. But now, it is actually happening and I am very happy about it. I would also like to thank our supporters and fan clubs for their immense support.

How did your footballing journey begin?

Football is very popular among the people in my village. At the time, there was no academy or anything in the area. I just got an interest in the sport by seeing others play and soon, I started playing along with my friends. I had joined an engineers’ club and after a short time, I discontinued it.

After that? Were there any obstacles along your path?

For a year, I went into the sea every day as a fisherman. However, I decided that I want to make a name for myself in the game of football. I joined St. Joseph’s College in Trichy. I studied there for three years and side-by-side, I was learning football from coach Mr Inbamani there. Despite a lot of hardship and struggles, I worked hard for over three years and finally, I made the cut at Chennai City FC.

CCFC have shown a lot of faith in local players over the years. How important is it?

I am extremely thankful to Chennai City FC for believing in the talents of the local players and giving opportunities to them. Their efforts have really helped improve the state of football in Tamil Nadu and the results are there for all to see as many players have gone on to do well. Micheal Soosairaj and Edwin Vanspaul are some of the examples.

How has your experience been playing in the Hero I-League? How big a platform is it for you?

It is a huge leap considering the experience that we get here playing the game. Working with foreign coaches and foreign players gives you a lot of experience on how the game is at higher levels. It is very challenging but at the same time, a great learning opportunity.