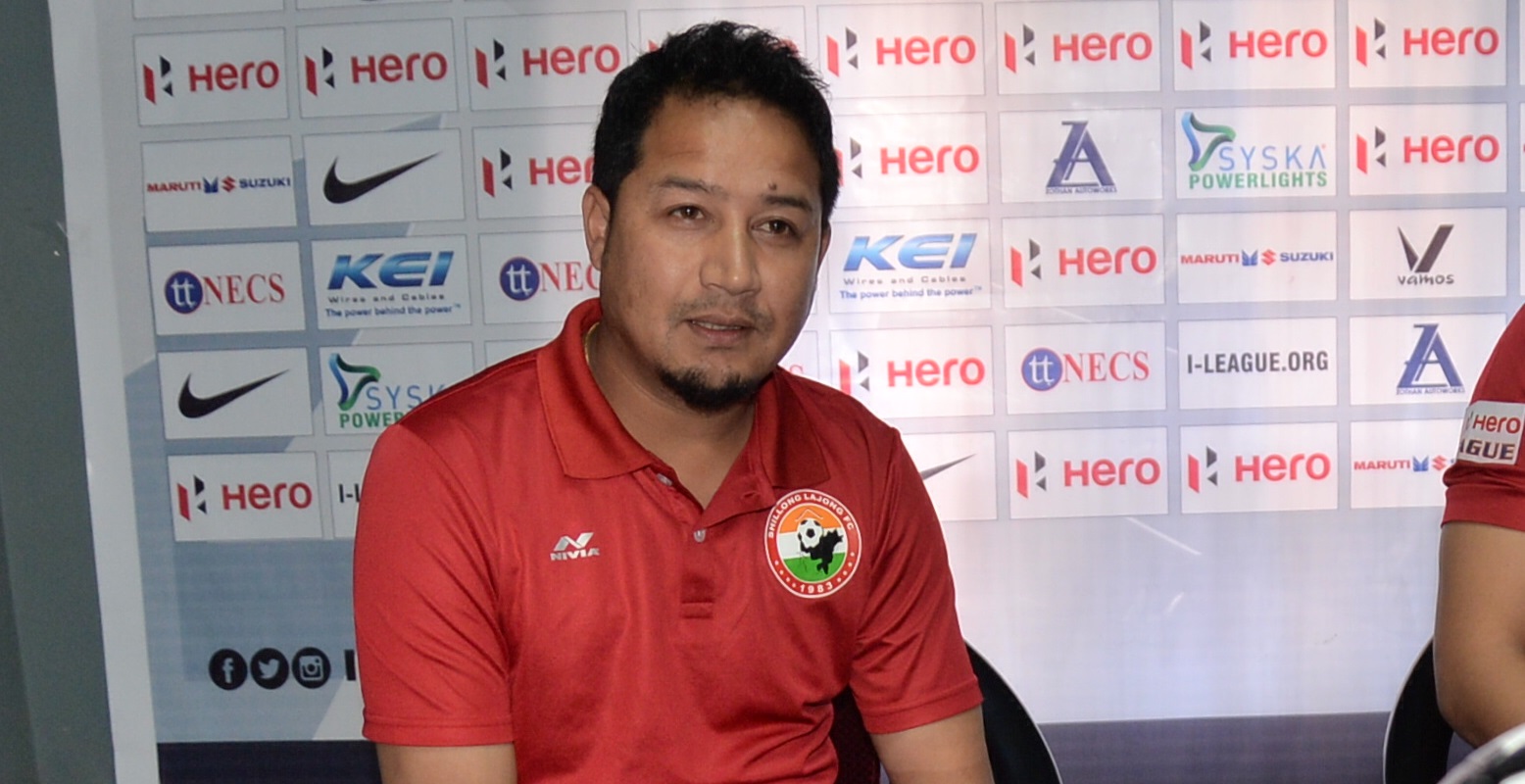 Kolkata, May 26, 2019: Having coached teams in both the senior and junior tournaments in the national level, Shillong Lajong boss Bobby Nongbet believes that it is at the junior level where the matches are more competitive between the clubs.

Shillong Lajong FC, who have made it to the semifinals of the 2018-19 Hero Junior League, are yet to lose a match, as they made their way through from the Zonals to the Final Round. Now, the only side from the North-east in the semifinals is all set to face Minerva Punjab in the last four, at the Kalyani Stadium in West Bengal, on Monday.

“Matches between Shillong Lajong and Minerva Punjab have always been neck-to-neck. Having said that, I think that tomorrow’s match will be more competitive as there are no foreigners in this game,” said Nongbet, who was in charge of the senior Shillong Lajong team in the Hero I-League last season, when Minerva were crowned champions.

“But Minerva have been a consistent side if the junior levels over the years, and I truly believe that it would be a rather difficult task against them tomorrow,” he continued. “We will treat this match as a virtual final.”

Lajong has been a club that is known for bringing out local talent. In fact, in the recently concluded (2018-19) season of the Hero I-League, the Shillong-based side had the second youngest team in the competition after Indian Arrows.

“Our club has always stressed on the development of young players, especially from the North-eastern regions,” said Nongbet. “This has been the culture of Shillong Lajong from the very start. We believe in youth development.”

Now, the club has expanded it’s youth operations, in order to catch the talented players at a younger age and build their technical and tactical abilities from the ground-up.

“We have expanded our scouting operations, and have now started to bring 10-year-olds into our system as well. After that, we can fine-tune their technical abilities,” explained Nongbet. “At the end of the day, this will only go on to help us nurture more young talents and find the best players in the state.”

While Shillong did not qualify for the Final Round of the same tournament last season, Nongbet believes that it is the progress that the players have made since then, that has allowed them to dish out good performances in the ongoing campaign.

The Shillong-based club has won all but two matches in the current campaign, both of which were in the Zonal Rounds – two draws against Numaligarh Refinery Limited Football Academy (1-1) and Gauhati Town Club (0-0).

“The qualifying rounds were really tough for us. There is a lot of talent in the North-east, and we were really tested against Numaligarh and Gauhati Town Club,” said Nongbet. “But it goes to show how much these boys have progressed, and the character that they have, that they managed to get points out of these games as well.”

At the end of the day, it all depends on how the Shillong side will match-up against Minerva Punjab in the semifinal at the Kalyani Stadium on Monday. The two clubs have faced each other plenty of times, and it would be interesting to see which of the two sets of boys can carry their team to the summit clash.