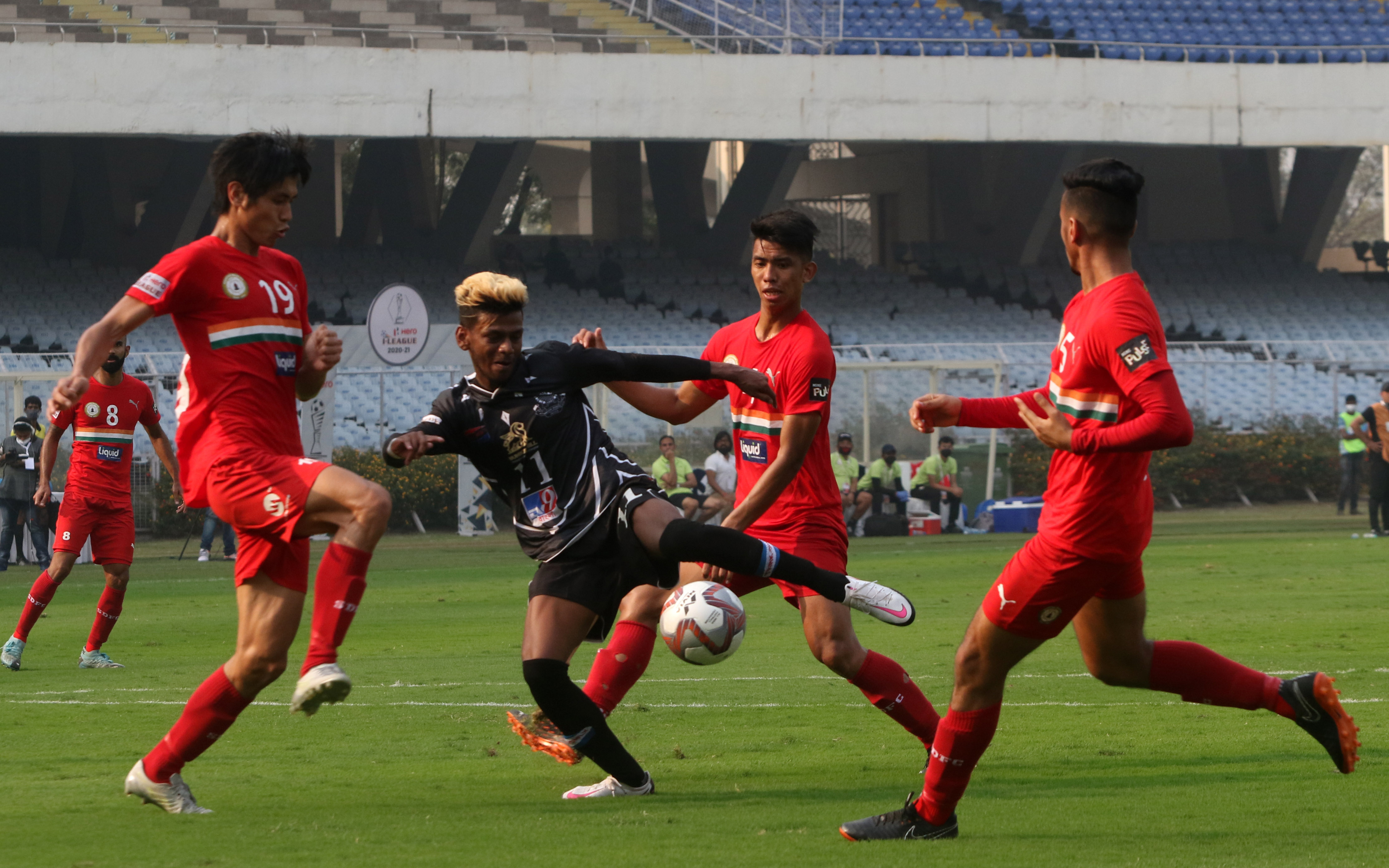 KOLKATA: The 2020-21 season of the Hero I-League got underway with Mohammedan SC edging past Sudeva Delhi FC 1-0 at the VYBK Stadium in Kolkata, West Bengal today (January 09, 2021). Ali Faisal’s 58th-minute strike proved to be the difference between the two sides in a match that could have gone either way.

In a cagey first half, both teams appeared to be cautious of each other’s strengths while playing without exposing themselves to counter-attacks. Eventually, the tactics of the teams cancelled each other out in the middle of the park, with rare shots on goal.

Sudeva Delhi FC notched the first shot on target in the 7th minute when Kean Lewis cut inside from the left flank only to force the opposition custodian into an easy save. Playing with an all Indian squad, Sudeva Delhi FC resorted to trying to unlock the defence of the Black Panthers by long balls.

Perhaps the best opportunity of the first half fell to Mohammedan SC in the 17th minute when Raphael Onwrebe missed a sitter in front of the goal after Suraj Rawat unleashed a delicious low cross into the box from the right flank.

With neither team committing men in attack and both teams playing with a deep backline, chance became few and rare. Kean Lewis on occasion tried to waltz past the Mohammedan defence but was kept at bay. In the 41st minute, Lewis tried to volley a cross from the right flank but hit it right into the ground. Skipper Ajay Singh, lurking in the box, failed to test the goalkeeper with his effort. The match was goalless at half-time.

Sudeva Delhi FC started to press in the second half, looking for leaks in Mohammedan’s defence. Ajay Singh, however, was left isolated at times playing as a lone striker upfront.

The breakthrough came much against the run of play for Mohammedan SC in the 58th minute when Ali Faisal pounced onto a defensive error by the Sudeva backline and slotted it into the back of the net. The sheer power of the strike beat custodian Rakshit Dagar, despite him getting a hand on the shot.

Sudeva Delhi FC went on the offensive and searched for the equalizer, committing bodies in attack to salvage points off the match. Kean Lewis’s cross in the 80th minute failed to find the head of a Sudeva player inside the box. Although half-chances came in plenty for the Delhi outfit, a clear goal-scoring opportunity failed to crop up.

Defensive solidity in the dying embers of the match by the Black Panthers aided in their grip over the match and eventually helped them to register their first win of the season as the full-time scoreline read 1-0 in Mohammedan’s favour.

Mohammedan FC clash against Churchill Brothers next on January 14, 2021, while Sudeva Delhi FC take on Indian Arrows on the same day.