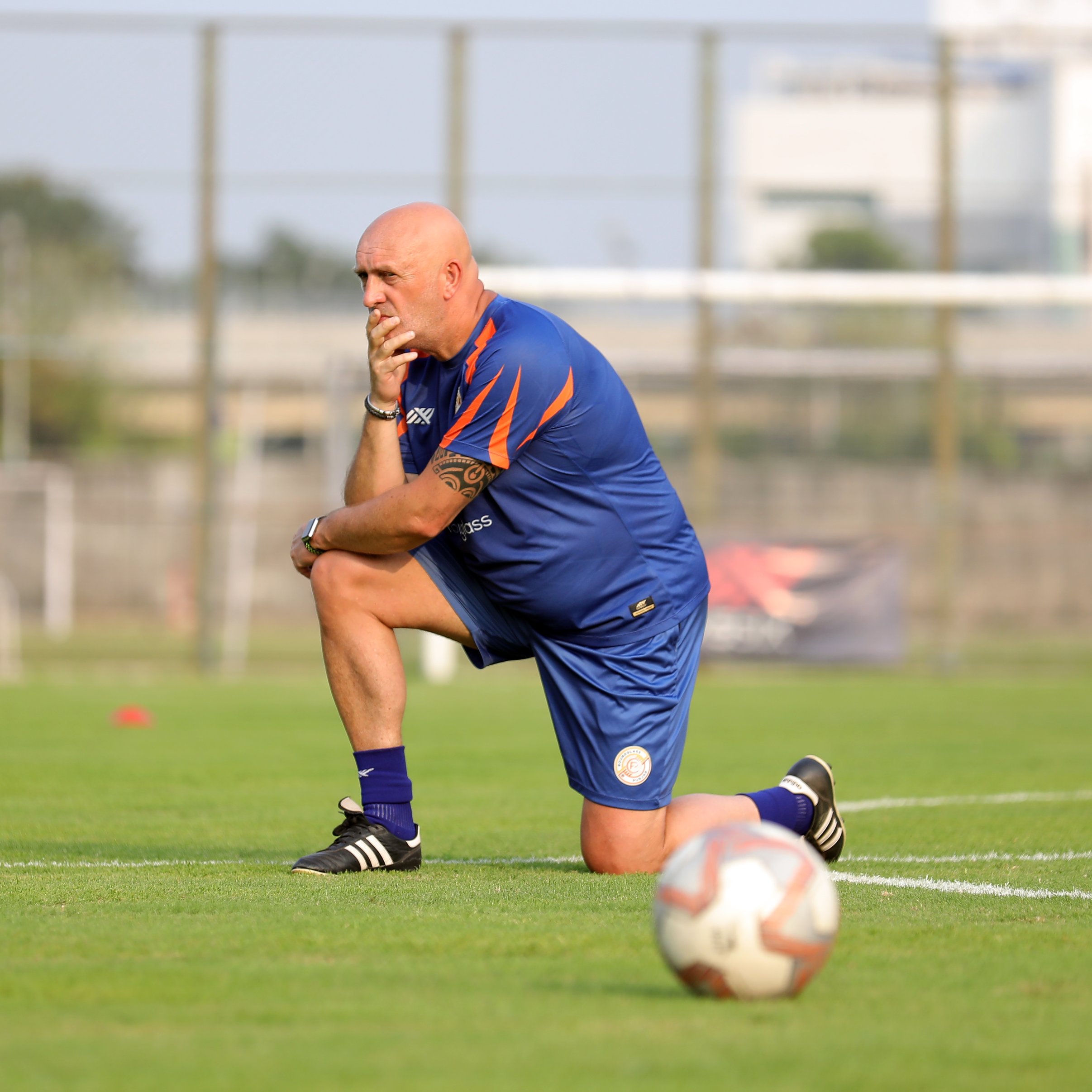 KOLKATA: It has been more than a month since Edwin Engelkes stepped in to replace Ashley Westwood as head coach of RoundGlass Punjab and the Dutchman has brought in a calm demeanour to steady the ship whilst trying to mount a challenge for the top places. The 58-year-old took some time out to talk to www.i-league.org and gave insights into taking over a team halfway through a season. EXCERPTS:

It’s been a month since you have taken charge of the RoundGlass Punjab first team squad. How has your experience been so far?

Of course, it’s a thrilling experience when you have to take over in the middle of a season, which is not the best you could have as a coach. But yeah, it was necessary. There’s a lot of progress to make but the players work hard and they’re giving their best efforts. So yeah, I’m enjoying what I’m doing here.

What are the challenges of taking charge of a team mid-season when there is pressure to get results?

Now time is a big issue. Maybe you have to say no time so you cannot make so many changes. Of course, I’ve seen the team before on TV. So, as a coach, you try to see where they can improve, and what I should do better. I was more or less prepared with the ideas in my head and I could see that the team was a mix of experience and youth with a lot of talented players. And then you try to add your philosophy there.

After coming in, in which areas did you feel you needed to make the required tweaks?

I have a different philosophy to what was already in place here in the first team. It is a new environment suddenly for everyone so you have to adjust, to adapt a bit. But also, the staff and the players need to adapt as it is also a totally new situation for them with a new guy coming in with new rules.

Young players like Maheson Singh and Freddy Lallawmawma have impressed in the first team this season. Being the head of the RoundGlass Punjab Academy, how pleased are you with their progress?

When you have the possibility to bring in young players from your own academy, which is the philosophy of RoundGlass Punjab, we do all we can to create this pathway from grassroots to the first team. For me, age in this case, is not important. It’s not relevant. If they are good players, then they can be 17 or 18, or 20. For me, it doesn’t matter. But they have to give their best effort.

Do you believe it is beneficial to throw these youngsters into pressure situations at this age when the team is competing at the top end of the league?

The only thing which you will probably see is that they will fail sometimes during the game, because they are thrown into the intensity of the game where we play against better opponents sometimes. I think they become better players and become competitive in that way. And in the end, they will be better players but maybe not this year.

But next season, you will see that they will do that they will grow because in the beginning of the season, there were no expectations from them, not at all. And now suddenly, you see that there is tension, they get an interview, they have a press conference, and suddenly their life is changing. And that we have to guide. We speak with those players, to make them aware of what is changing in their life.

Having taken up a variety of roles throughout your career, how does your approach change every time?

I try to get familiar with the culture. When I knew that I would come to India, I bought a book about culture differences, because I worked for two years in China and there was a big cultural difference as compared to my country. That same difference exists between Holland and India. So, you have to adapt. It’s impossible that you can survive without adapting.

But I don’t adapt in my way of playing, in my philosophy of what we are doing, and you have to be on the same page with the club. I just do my job. I like my job and I like what I’m doing. And I try to make players better.