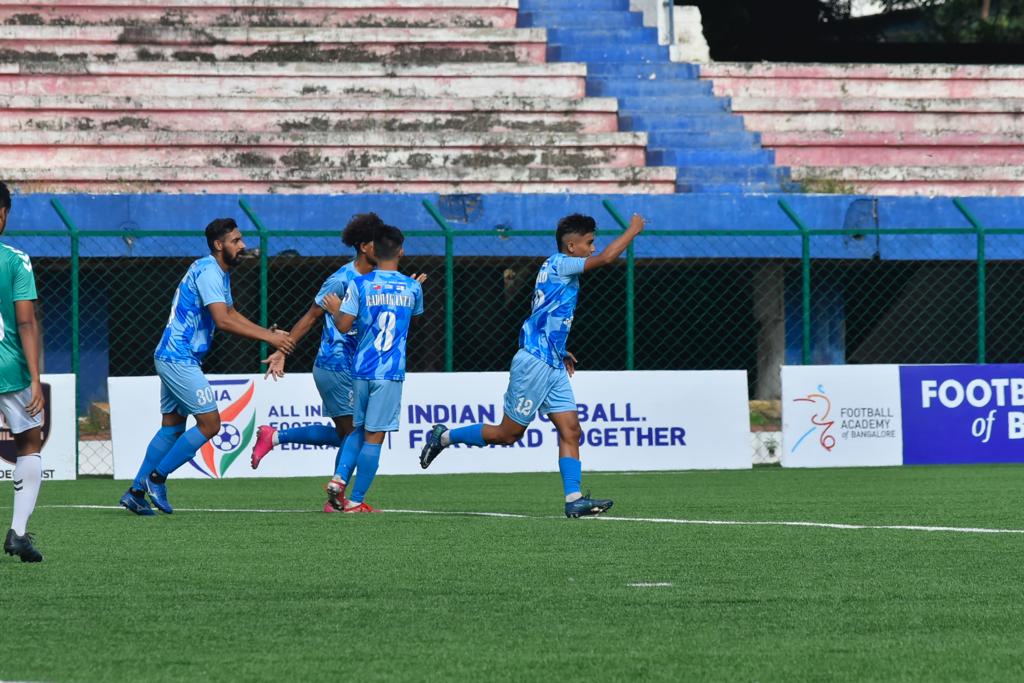 BENGALURU: Delhi FC made it four wins from as many matches with a hard-fought 1-0 win over Kenkre FC in the Hero I-League Qualifiers 2021 at the Bangalore Football Stadium in Bengaluru on Thursday (October 14, 2021). A 1st minute goal from Laiwang Bohham sealed the deal for Delhi FC as they overcame their rivals from Maharashtra who will be joining them in the final round of the Qualifiers. The final round is set to be contested in a round robin format between Delhi FC, Kenkre FC, Madan Maharaj FC and Rajasthan United FC from October 18 (Monday) onwards.

With both sides having already qualified for the final round before the match got underway, neither side was willing to field their strongest lineup as both Delhi FC and Kenkre FC made seven changes each to their starting lineup from their respective last matches.

Delhi FC got their breakthrough in the very first minute of the match owing to their high press as they capitalised on an under hit pass from Kenkre FC to swarm their penalty box. After Fahad Temuri received the ball with his back to goal near the six-yard box, he swivelled and took on a shot which was brilliantly touched onto the frame of the goal by Kenkre goalkeeper Bishorjit Singh. The ball rebounded back into play and Laiwang Bohham was the quickest to react as he volleyed the ball into the unguarded net to register his second goal in this year’s Qualifiers. 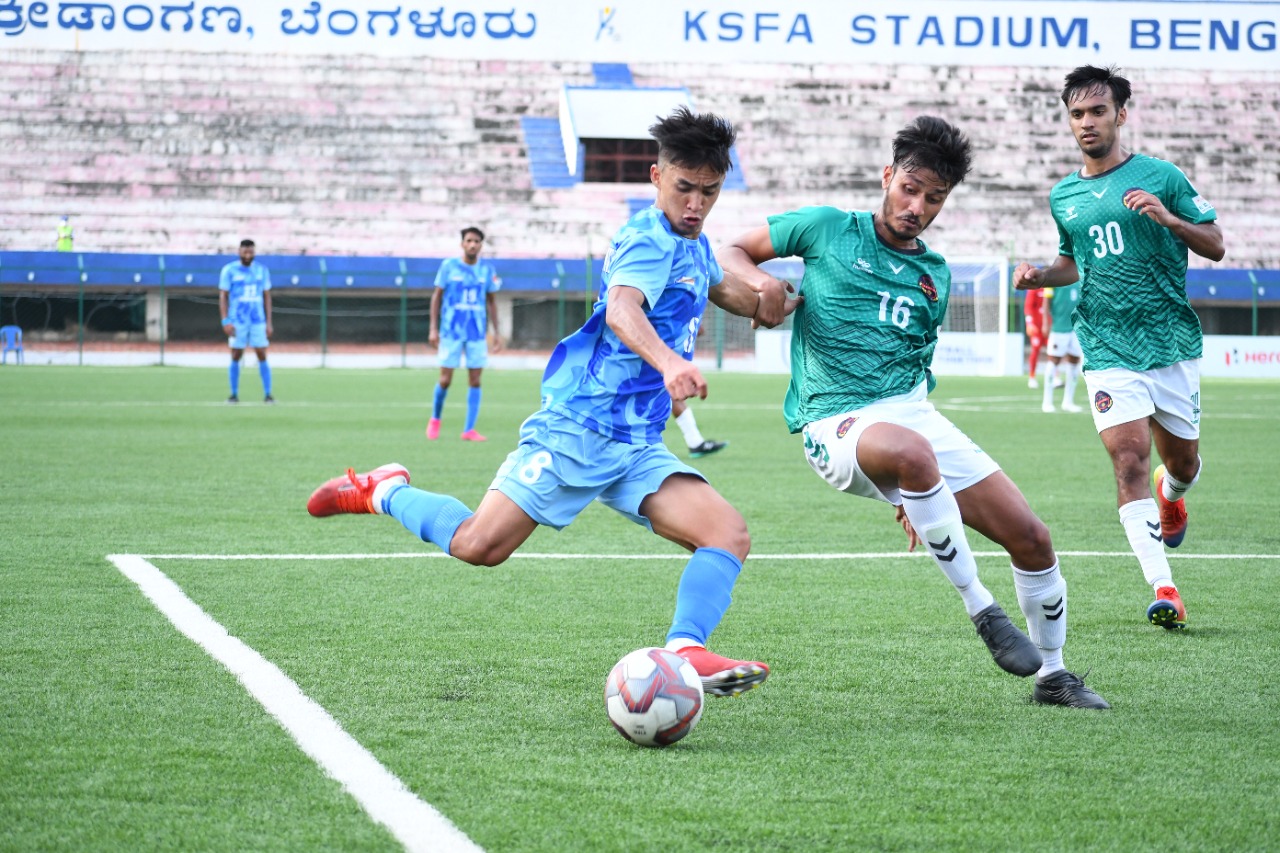 Delhi FC made a fast start to the game and had their next sight of goal in the 5th minute. Simranjeet Singh. He received the ball from a short corner and dribbled towards the edge of the box to create a shooting opportunity for himself. Although his shot did not lack any power, it was directed towards the near post at a comfortable height for the goalkeeper as Bishorjit Singh grabbed the ball with both hands.

For the remainder of the first half, the momentum in the game swung both ways, but neither team was able to gain the upper hand or create a clear cut goal scoring chance. Going into half time, Delhi FC controlled more of the ball with 63% possession compared to Kenkre FC’s 37%.

Kenkre FC began to grow into the game ten minutes into the second half, and should have made more of a promising attacking situation in the 60th minute. After winning the ball from Delhi FC in their own half, Kenkre FC produced a fast break away that led to a 3v1 situation for them in attack. But their skipper Yash Mhatre’s shot did not test Delhi goalkeeper Suraj Mallick. 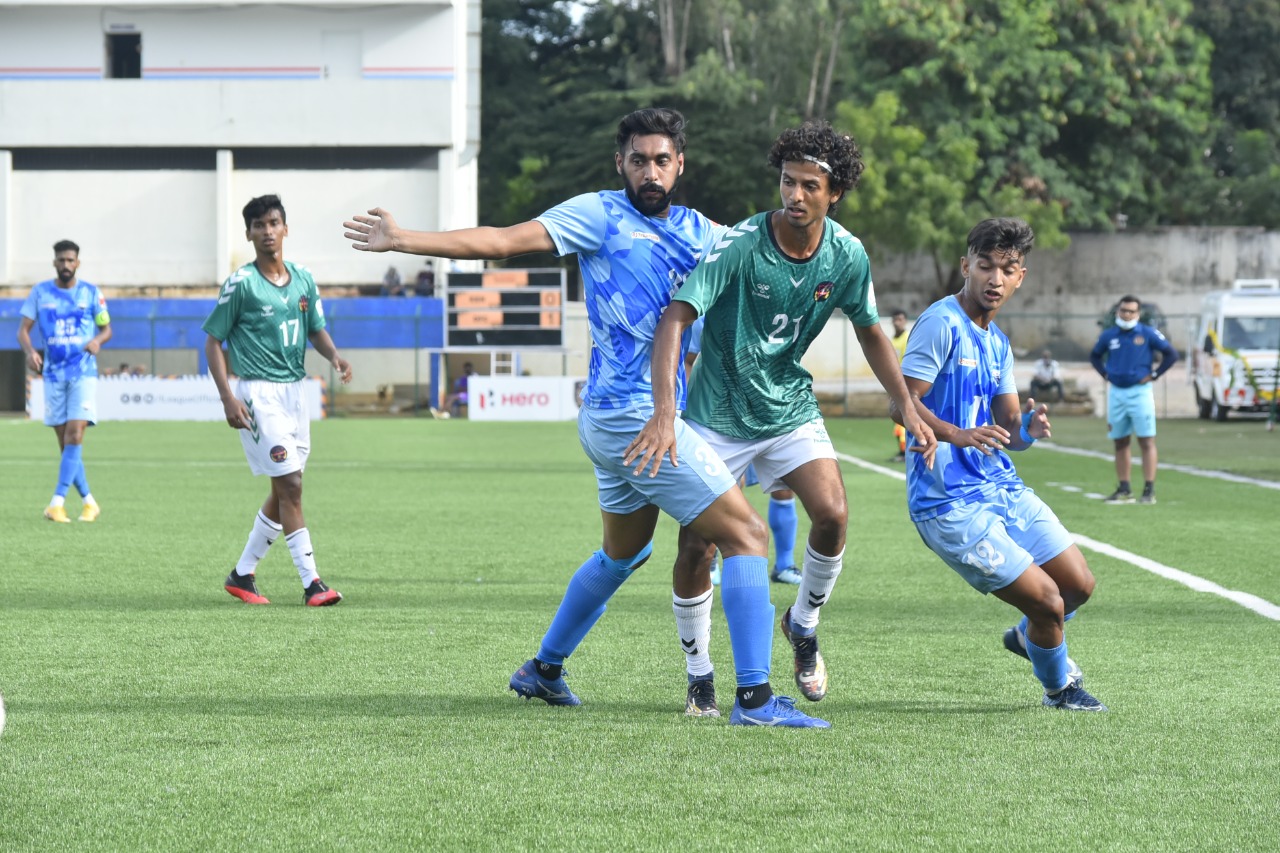 With Kenkre FC beginning to threaten the slender one goal advantage, Delhi FC made a string of substitutions in the following minutes, bringing on their prominent players in Nikhil Mali, Willis Plaza and Anwar Ali. However, Kenkre FC were presented with another route back into the game in the 82nd minute when Delhi FC club captain Anwar Ali was sent off with a straight red card for a foul on goalkeeper Bishorjit Singh. The dismissal means that Delhi FC’s lynchpin in defence will miss at least the first match in the final round.

With their one-man advantage for the remainder of the game, Kenkre FC saw more of the ball in the final third, but could not breach their opposition defence.

Following the result, Delhi FC end their group stage campaign at the top with 12 points whereas Kenkre wrap up with seven.