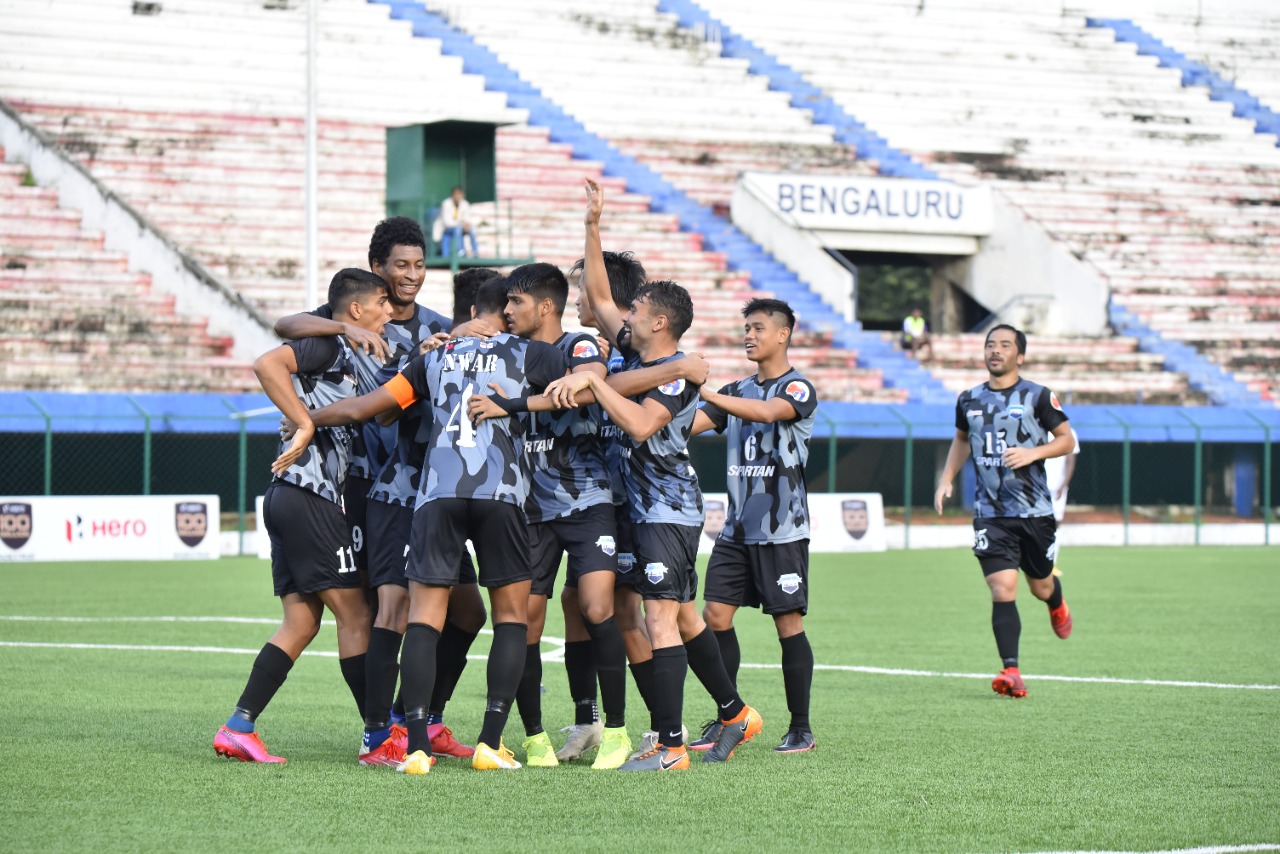 Delhi FC 2 (47’ Anwar Ali, 60’ Himanshu Jangra)
Beat
Kerala United FC 1 (23’ Hrishi Dhath)
AIFF MEDIA TEAM
BENGALURU: Delhi FC continued their winning form in the Hero I-League Qualifiers 2021 with a comeback win over fellow Hero I-League aspirants Kerala United FC. After Delhi FC fell behind to a sublime strike from Hrishi Dhath, the Surinder Singh-led side came back to score two goals, with captain Anwar Ali and substitute Himanshu Jangra getting on the scoresheet for the team from the capital.

Both teams began the contest cautiously before the first chance of the game fell Delhi FC’s way after a clearance from Delhi FC goalkeeper James Kithan bounced into the Kerala United box to cause a chaos in their backline. After laiwang Bohhan failed to bring the ball under his spell, midfielder Mohammed Shahjahan took a snapshot that blazed over the crossbar.

In the 23rd minute, Hrishi Dhath scored a peach of a goal to open the scoring. As Delhi FC failed to clear the danger from the initial cross from the right flank, Bujair Valiyattu smartly laid the ball back for his teammate Hrishi, who produced a world class first time hit that arrowed into the top corner giving goalkeeper James Kithan no chance. 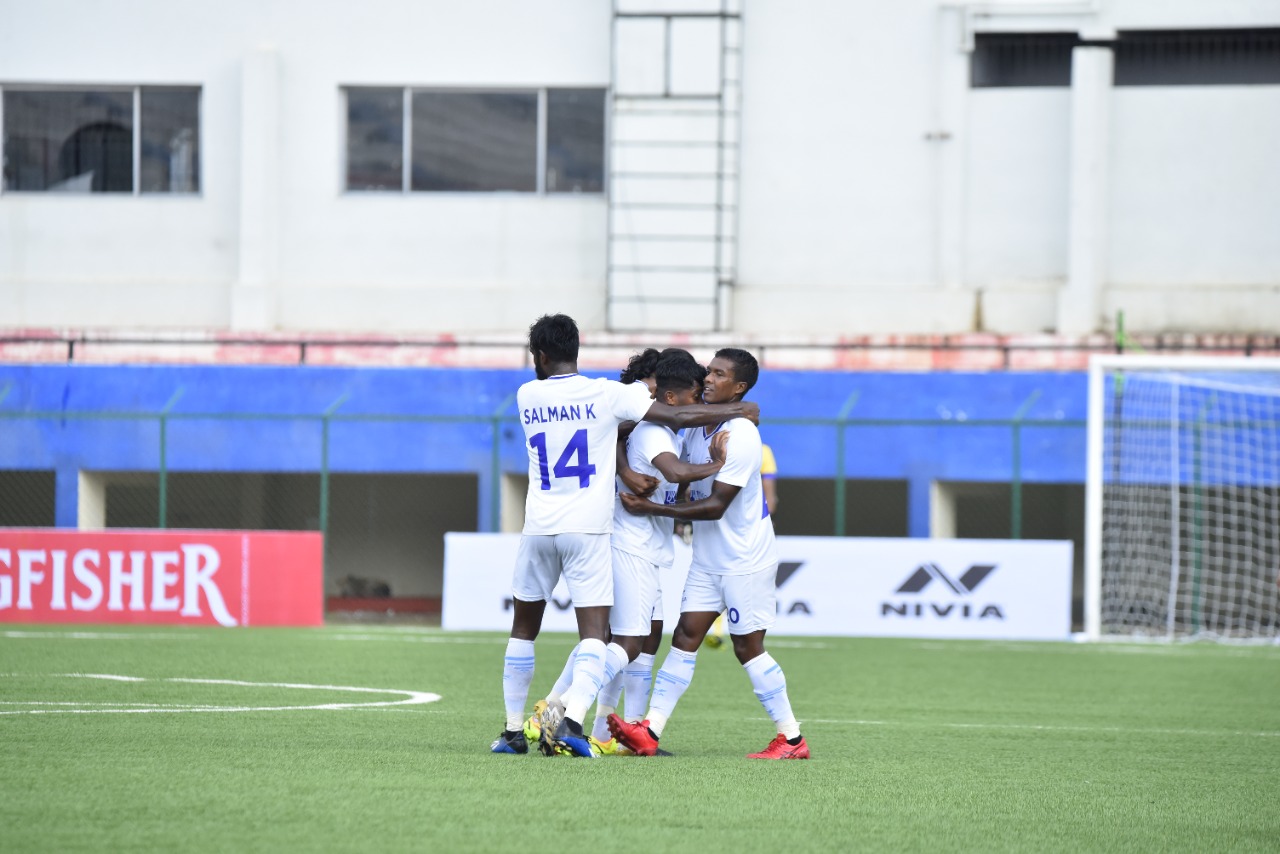 Kerala United warranted their lead, but Delhi FC came back into the match strongly to get the control. By the 35th minute of the game, Delhi FC were dominating with 62% possession of the ball. The team from the capital came close once again in the 39th minute through an exquisite effort from winger Nikhil Mali, but his shot with the outside of his left foot slid past the frame of the goal. Midway through the first half, Delhi FC brought on striker Willis Plaza to involve a focal point in attack. However, as things stood, KUFC went into halftime with their one goal lead in tact.

After the changeover, Delhi FC came back with renewed inspiration and got their reward instantly. As they upped the tempo in attack, Delhi FC earned a corner, which was taken by Karandeep Singh. Goalkeeper Midhun V got a hand to the initial cross amidst a tussle inside the box, but the ball did not travel a long disand bounced into the path of Delhi FC captain Anwar Ali, who was on hand to head home the equaliser. This was Anwar Ali’s third goal in the competition. 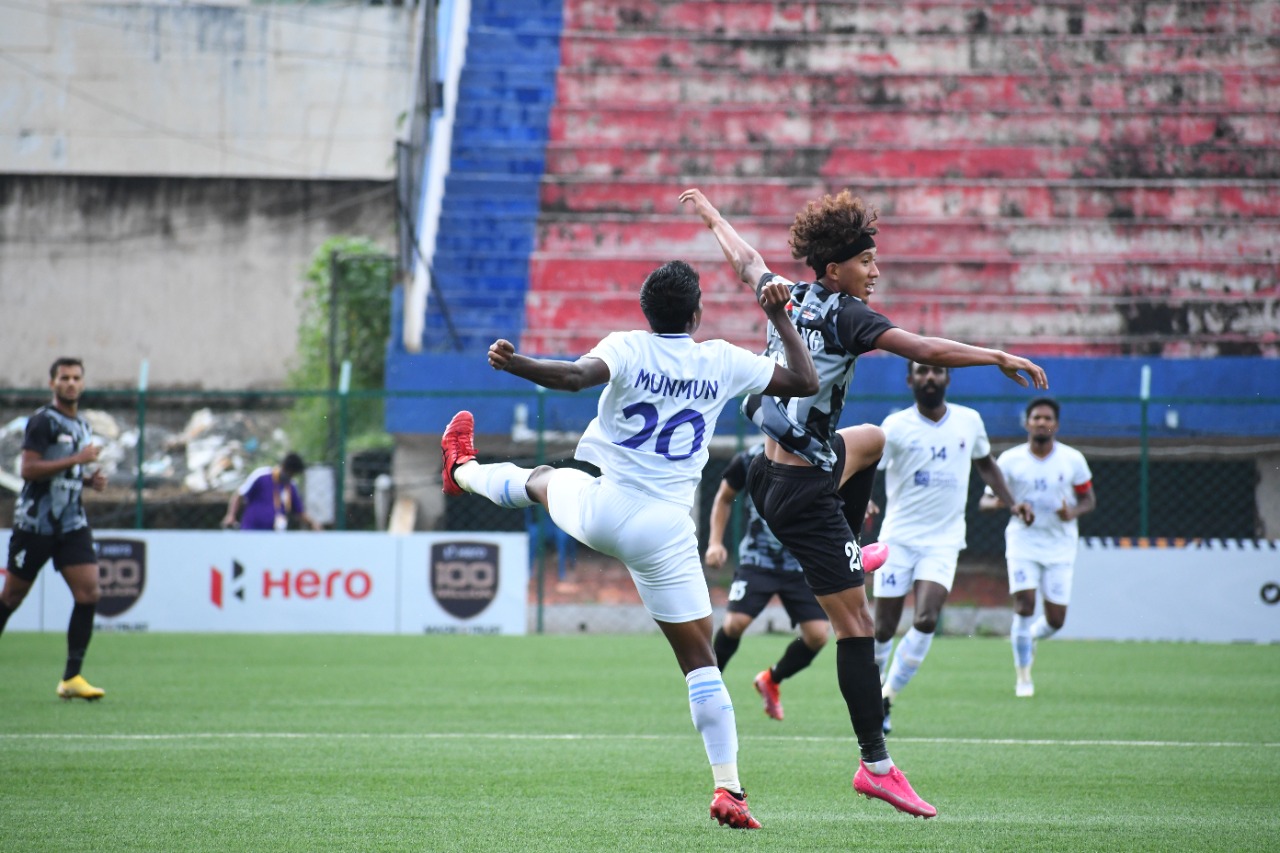 Once they restored parity, Delhi FC were relentless in their pursuit of the winner. In the 56th minute, Nikhil Mali isolated the opposition full back and produced a low cross into the feet of striker Willis Plaza. Plaza recognised the support of his teammate around him as he laid off a first time pass for Shaiza Rinreithan. Shaiza looked for a deceptive effort into a narrow opening but to no avail.

Delhi FC finally registered the final goal of the game at the hour mark through substitute Himanshu Jangra. After taking a short corner, As the cross flew into the far post, Jangra dashed into the far post to head the ball home.

Delhi FC saw off the dangers till the final whistle to seal their spot in the final round.