BENGALURU: Making their maiden appearance in the prestigious Hero I-League Qualifiers 2021, Corbett FC are all-set to impress in their opening Pool B match against ARA FC on Tuesday, here in Bengaluru. The match will be streamed live on the Hero I-League’s official Facebook page.

Taking on an experienced side like ARA FC from Gujarat, Corbett FC’s head coach Caetano Infancio De Souza Pinho expressed confidence in his side’s abilities to begin their campaign with three points on the board. “We are looking forward to a positive result in our first match. There is no easy team here in the Hero I-League Qualifiers and there could be some surprises for us. But we are looking forward to start well,” stated Pinho.

Having arrived in Bengaluru with a vision to put Uttarakhand on the footballing map of India, Pinho expressed that the team has prepared for the Qualifiers with all earnestness. “Our training has been good in the pre-season. The team has adapted well to each other and the boys have done a wonderful job to gel well as one unit. We understand there are a lot of veterans in the tournament and competing against them will not be easy.”

With players like Brian Faria, Gurpreet Singh, Subodh Kumar, Sanjay Balmuchu and Bishal Lama the team is a good mix of youth and experience. “We have a good balance with youth as well as players who have really good experience. The competition is going to be very tight. We have matches every alternate day so we need to be careful of any unforeseen injuries. This is why there is a lot of emphasis on having a good bench strength for tournaments like these,” he added.

The Ahmedabad Racquets Academy FC (ARA FC), on the other hand, have been making rapid strides in the Indian footballing ladder and they have arrived in Bengaluru for the Hero I-League Qualifiers with an intent to make it to the summit as winners. “We have played in this tournament four times and we are here not to just compete but to actually prove ourselves. Most of the players have experience and it is actually the players who decide the fate of the team,” expressed midfielder Bala Dahir Alhassan. 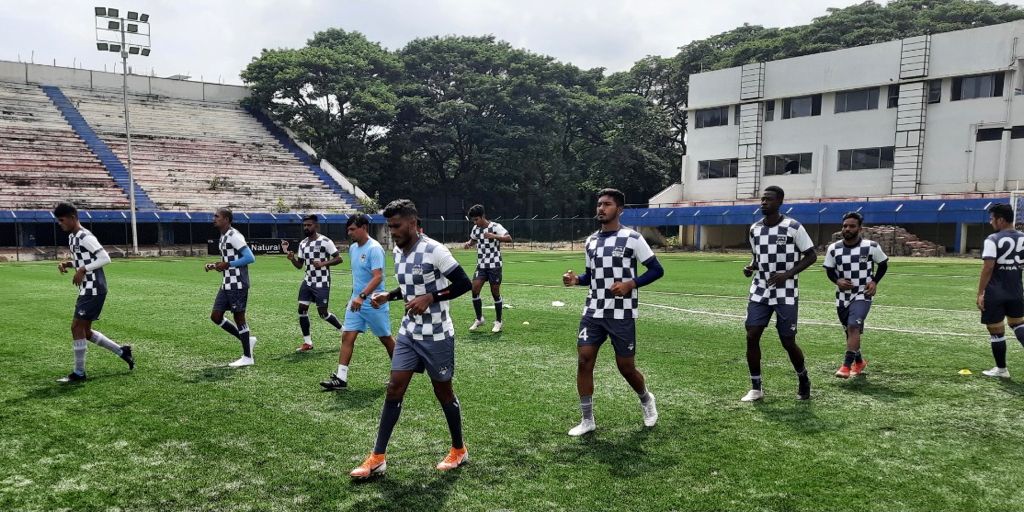 Having been a regular feature in the Hero I-League Qualifiers since 2019, the ARA FC head coach Vivek Nagul emphasised on transitioning into the I-League first division with a strong outing here in Bengaluru. “Firstly, I would like to congratulate Corbett FC. Their presence in the tournament is a good boost for football in northern India. We have a lot of respect for this team. No doubt they will be the underdogs in this tournament but for us, it is really important that we prove ourselves,” Nagul said during the pre-match virtual press conference.

Speaking about his team’s composition for the tournament, Nagul said, “We are essentially an Academy team and our youth players who have worked with us since they were 15-16 have transitioned well. We have some of the senior players like Shiva Kumar, Jenish Rana, Palash Barber and Bala who has been here for the last nine years. We have a striker from Uzbek who can be a surprise package too. We are looking ahead to a good campaign.”

Nagul also weighed in on the team’s preparation for the Qualifiers in the Pre-match virtual pre-match press conference. He said, “We had some really good pre-season training back home in Gujarat and after arriving in Bengaluru too we played some good practice matches against the Army teams here. We have an understanding about the ground and the stadium is good for us.”

The head coach also highlighted that the challenges of playing in a bio bubble but at the same time credited the AIFF for ensuring a safe environment for the teams to compete. “The only concern is playing four games in nine days and we must ensure we are negative with RTPCR tests to ensure a positive game. It won’t be easy to manage the team in these circumstances and it’s very important to have good bench strength. Our team is relatively better equipped to handle the bio bubble as we have had some experience from last year. I must credit the AIFF for managing this really well,” he added.

Both teams will be looking to get their first points on the board in the first Group B encounter in the preliminary round of the Hero I-League Qualifiers 2021.