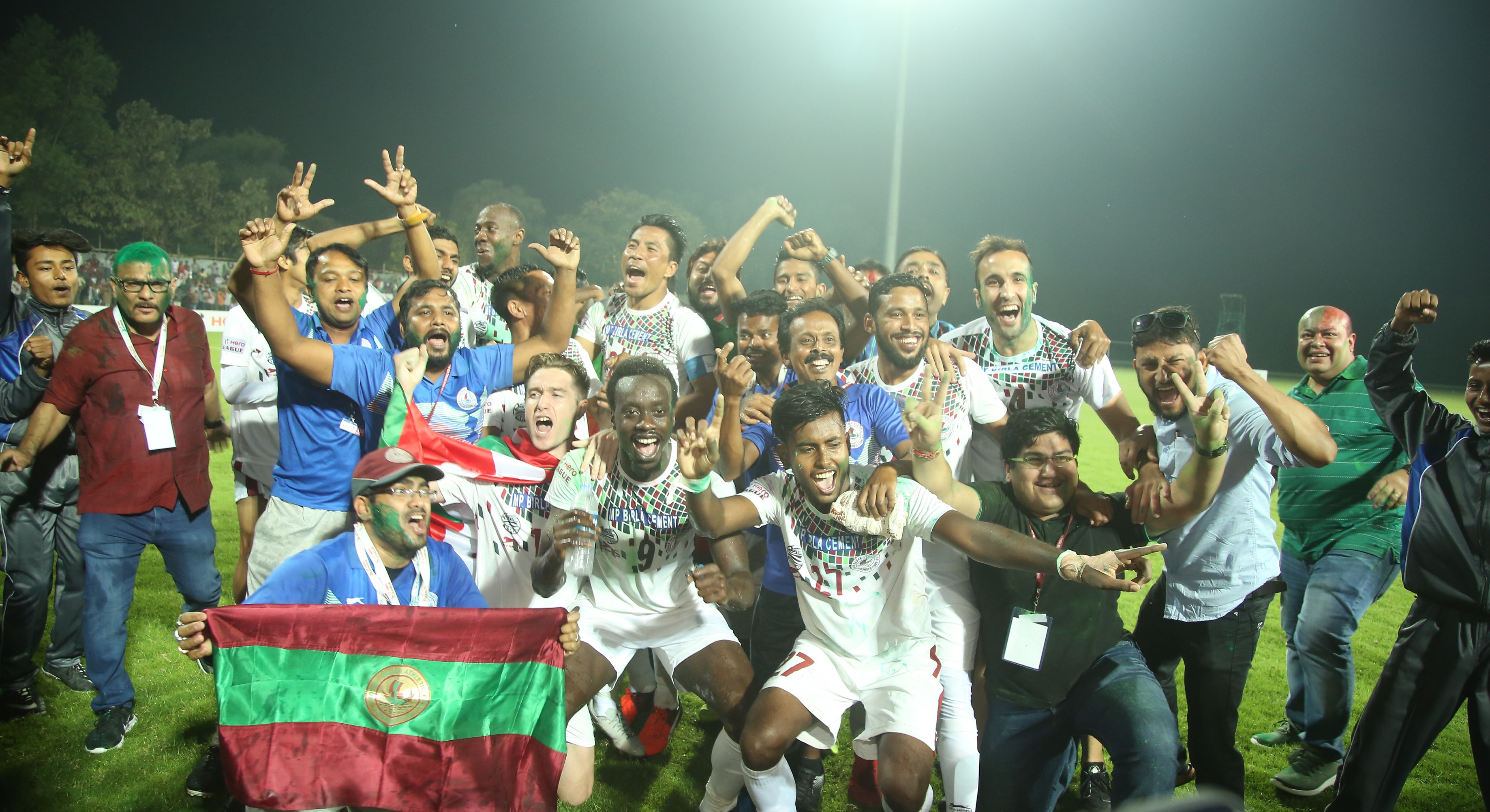 NEW DELHI: As Mohun Bagan romped home to emerge Hero I-League champions with four matches to spare, praises came in from all quarters including all rival coaches of Hero I-League clubs.

Real Kashmir FC head coach David Robertson termed Mohun Bagan as “’clinical”, which can be epitomised by the 35 goals they have scored so far, that too from 16 matches.

“I feel Mohun Bagan have been the most consistent team in the league. They are worthy champions this season. They have been extremely clinical in front of goal and have taken their chances,” Robertson told www.i-league.org.

Another key feature of the Mariners’ football has been their possession-based game masterminded by Head Coach Kibu Vicuna. They have dominated possession in the matches they have played while also being solid in defence — with the maximum number of clean sheets this season (8) and least goals conceded (13).

According to Punjab FC head coach Yan Law, a standout aspect has been Mohun Bagan’s “confidence” and reiterated Bagan being “deserving champions.”

“Mohun Bagan have just been outstanding. They have been solid as a defensive unit, and have scored plenty of goals. They have been playing very confidently and enjoy keeping possession of the ball,” he explained.

“They deserve the title by the manner they have played in the League. Congratulations.”

The armada of Spanish players at Mohun Bagan has been impressive during the campaign, with ‘assist-king’ Joseba Beitia being the lynchpin of their passing game, midfielder Fran Gonzalez excelling across the pitch and scoring 10 times, and defender Fran Morante marshalling the defence.

Senegalese Baba Diawara, who was signed in December, has already scored 10 times in 12 matches, while Trinidadian Daneil Cyrus and Tajik Komron Tursonov have also chipped in with vital contributions.

Gokulam Kerala FC head coach Santiago Varela spoke about the impact that Mohun Bagan’s Spanish recruits have had and also pointed towards their efficiency in making the most of set-piece opportunities.

“Mohun Bagan have proven to be the most consistent team of the season with good results. They have very important Spanish players in their starting XI — who have been important for the team and give them a good performance, especially in set-pieces.”