Confident Minerva look to break the jinx against FC Goa 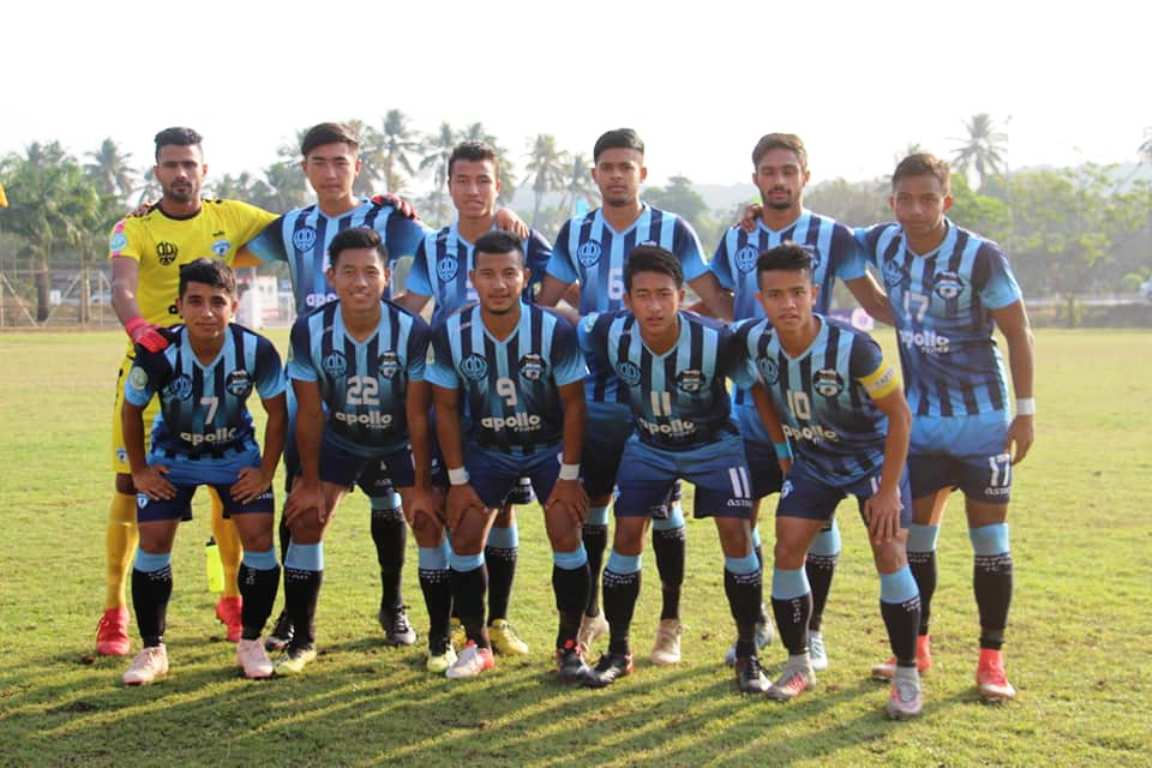 GOA: Minerva Punjab FC, who had a fairytale 2017-18 season, winning three National football titles across age-groups as well as the senior title, are however yet to taste success in the U-18 National competition. But, coach Sanjay Kumar Dey along with his young Turks are confident of breaking the jinx this time, having qualified for the semi-finals of the Hero Elite League for the very first time.

“Yes, we are aware of the fact and it hurts. We are looking forward to pushing our limits to break the jinx. We’re definitely going to put up our best performance tomorrow,” said the coach.

Minerva has always advanced to the Final Rounds of the Hero Elite League over the last three seasons but had never been able to advance further than the semis, unlike this season. But, coach Sanjay Dey feels the job is far from over and they have to continue working hard until it is done.

“We’re confident about our abilities and we’re going to face them as a complete team. We don’t focus on any individual, but the entire team. One individual player might come up with surprises but we are taking the entire team into consideration,” he added.

He further said, “Although they will have an advantage playing at home, we have been here for quite sometimes and we have adapted to the conditions. We have to put up our best show, no matter what happens.”

On the other hand, FC Goa U-18 coach Gavin Elias Araujowe, urges football lovers in Goa, to come out in numbers and support them, when they come out to play Minerva Punjab FC in the first semi-final of the Hero Elite League 2018-19, at the Nagoa Ground in Goa tomorrow (February 6, 2019).

“As Goans, we always like to play at our home. Moreover, we’d love to see our supporters coming and cheering for us tomorrow at the Nagoa Ground”, the coach said less than 24 hours before their maiden appearance in the semi-final of the Hero Elite League.

After finishing just below Salgaocar FC in the zonal round, the Goan side finished at the top of the Group A in the Final Round to advance to the quarter-finals where they beat SAI Guwahati to secure the semis spot.

“We are in good shape and the boys are confident before tomorrow’s game. We had a good game in the quarters and we’ll try to maintain the momentum,” he added.

On being asked to analyse his opponents, Gavin added, “They are good. They push a lot of men forward. They like to put pressure on the opponents. Sometimes, if the team defends in numbers, it becomes extremely difficult to break them. But Minerva are not like that. They love to attack which might help us find a gap at the back. We’ll look to utilise that.”

Meanwhile, the Minerva coach is yet to finalise his team for tomorrow, “We haven’t yet decided the composition of the team. But, we have a young bunch of boys who are very positive and confident about their abilities.”

He lamented, “It’s tough to get 100% fit squad at your disposal. We also have a few niggles, but we’ll take the final decision only before the match.”

Clifford Miranda, who needs no introduction in Indian Football, would be present at the FC Goa dugout tomorrow and FC Goa coach Gavin Araujo heaped praises on the former India International for his contribution to the team.

“Clifford’s presence at the dugout does not only help the players but also support staff, including me. We’re working together and we always learn a lot from him. His presence acts as a motivational boost for all of us.”

The match will kick-off at 09:00 AM and it’ll be streamed live on I-League Official Facebook page.