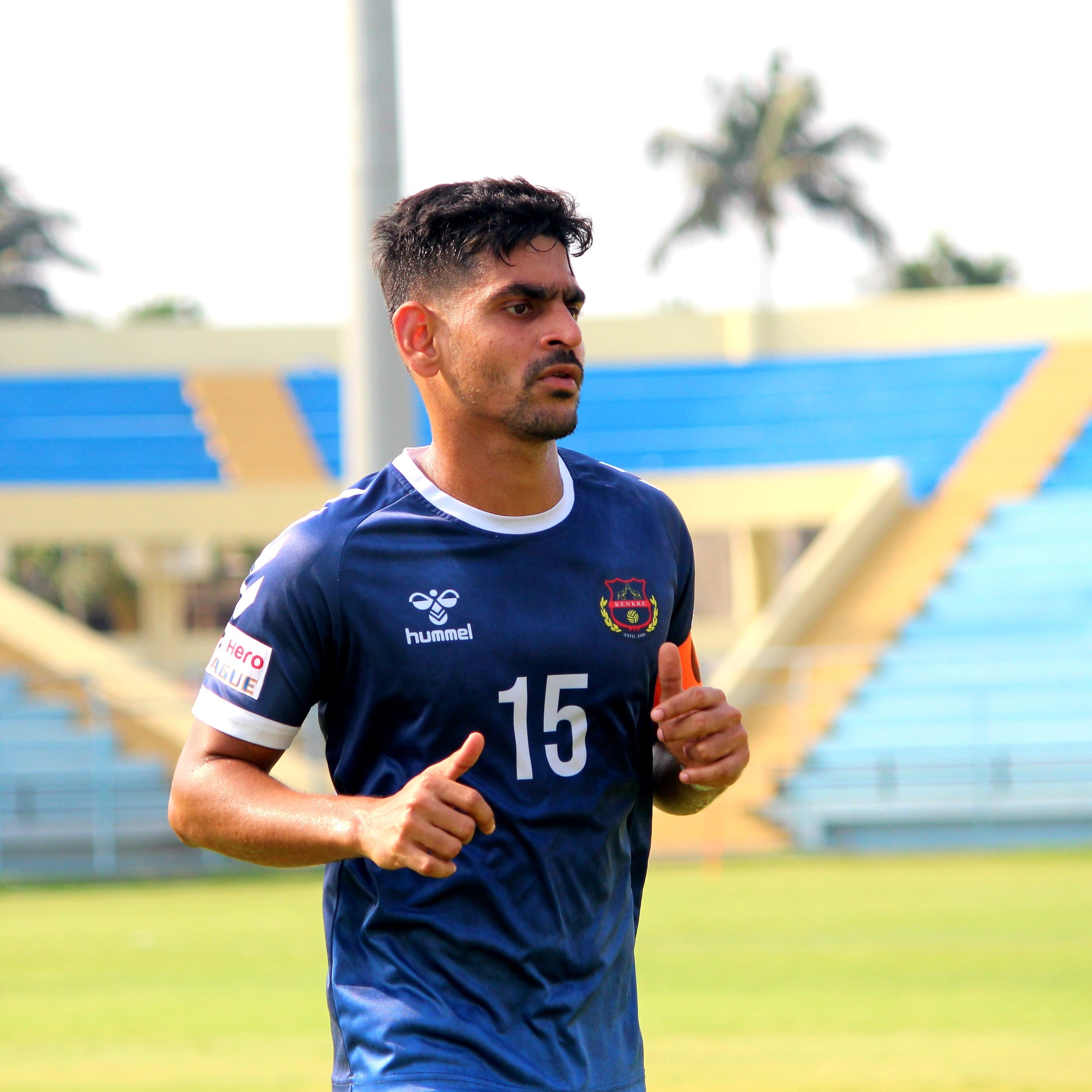 KOLKATA: Kenkre FC are on the verge of completing one of the greatest turnarounds ever seen in Indian football as they find themselves potentially a win away from Hero I-League survival. Having acquired just two points in their first 12 games, the Mumbai-based club have won 3 and drawn 1 of their last 4 to take the fight until their last match.

Midfielder Siddharth Colaco has been part of this rollercoaster ride throughout the season, making 13 appearances and even captaining the side on a number of occasions.

“To be honest, I did accept it will be a tough season for us. But we had nothing to lose here. We’ll give our best till the end like we have been doing and we’ll look forward to a strong finish,” he said.

After being born in Goa, Colaco’s family moved to Mumbai when he was still a toddler and football entered his life during his school days. He went from strength to strength and after representing his college team, the option to go pro emerged.

“My friend suggested a trial at Kenkre FC and that was the first time I met my boss (head coach Akhil Kothari) who was scouting the players. After the match, he called and told me that the selected players will get a chance to play in the Hero I-League 2nd Division. I had no idea at the time that a club from Mumbai was even playing at this level. So, the next day I received the call that I had been selected,” recalled Colaco.

Playing in midfield at a high level is no mean feat and even more so for the 25-year-old who stands at 5’7”, but like his idol Climax Lawrence, he is a workhorse.

“Due to my height, I used to play many positions in the midfield and attack. My idol at the time was Climax sir who used to be play regularly for the national team and box to box style of play inspired me a lot,” said Colaco.

Kenkre FC thought that their chance to compete in the Hero I-League 2021-22 had disappeared after losing to Rajasthan United in the final of the Qualifiers so when a second chance appeared out of the blue, Colaco couldn’t believe it.

“I was at the Santosh Trophy qualifiers in Rajasthan and it was my birthday. Suddenly, we got we received a message saying that Kenkre will be playing in the Hero I-League. I felt like leaving everything right then and there and immediately going back to my team,” he laughed.

And when the time did come, the midfielder was ready for the challenge, having absorbed all the information and advice given to him by those who had been there and done it.

“Our former seniors from Mumbai like Rahul Bheke and Nikhil Poojary helped us by telling us what it was like to play at that level and what you need to focus on. Even Lester (Fernandez), who I’m lucky to have as my roommate here, supported me on and off the pitch after every game,” said Colaco.

“It was always my dream to play for Kenkre FC at this level and I believe we can achieve much more and we are aiming to do just that,” he concluded.