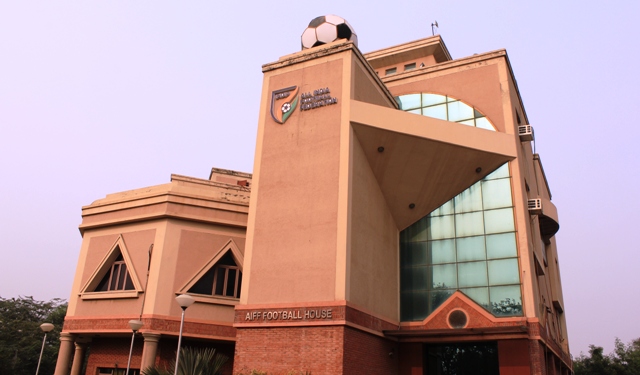 New Delhi: Hero I-League club owners and officials lauded the efforts made by AIFF and FSDL to bring DSport as the new broadcasters for the upcoming season of the league.

Earlier this week, the All India Football Federation announced that DSport will broadcast all the matches of the Hero I-League with an eight-camera setup. The various clubs in the league lauded this move as we head into the new season.

“I think that it’s really good that all the matches will be broadcasted on DSport. I feel that the I-League is one of the best properties in the country. So we are really looking forward to DSport building and strengthening the league with its broadcast,” said Churchill Brothers Director Valanka Alemao.

Punjab FC director Ranjit Bajaj went on to term the DSport deal as a “new dawn” for the Hero I-League, urging all fans to tune in to their channels and platforms.

“This is like a new dawn for Indian Football. Now, with DSport coming in, we all need to download their app and tune in to their channel to watch the I-League matches,” said Bajaj.

Sandeep Chattoo, co-owner of Real Kashmir FC said, “Our fans are really looking forward to the upcoming games. We have a fantastic following of fans, not just back home, but now all over the country. With DSport coming in, it will be a fantastic experience for all the fans, as all the matches will be telecasted.”

The Kolkata Giants – Quess East Bengal and Mohun Bagan – have two of the largest fan-bases across the country, and their club management welcomed this move. Green and Maroons Director Srinjoy Bose believes that there this move is a huge “boost” for the game.

“It’s very important for a new broadcaster to come in and show interest in football. A sports broadcaster coming in and showing interest is definitely a boost for the game,” he said. “With the help of AIFF and FSDL, we have changed the thinking on I-League. I-League will now be a much attractive and interesting event this year.”

Quess East Bengal CEO Sanjit Sen rounded off perfectly, saying that the overall quality of the league will also improve with the new broadcast deal.

“I would like to sincerely thank AIFF, FSDL and DSport. There will be television broadcast and there will be streaming broadcast, so we really feel that it will improve the overall league, and we are looking forward to it,” he said.