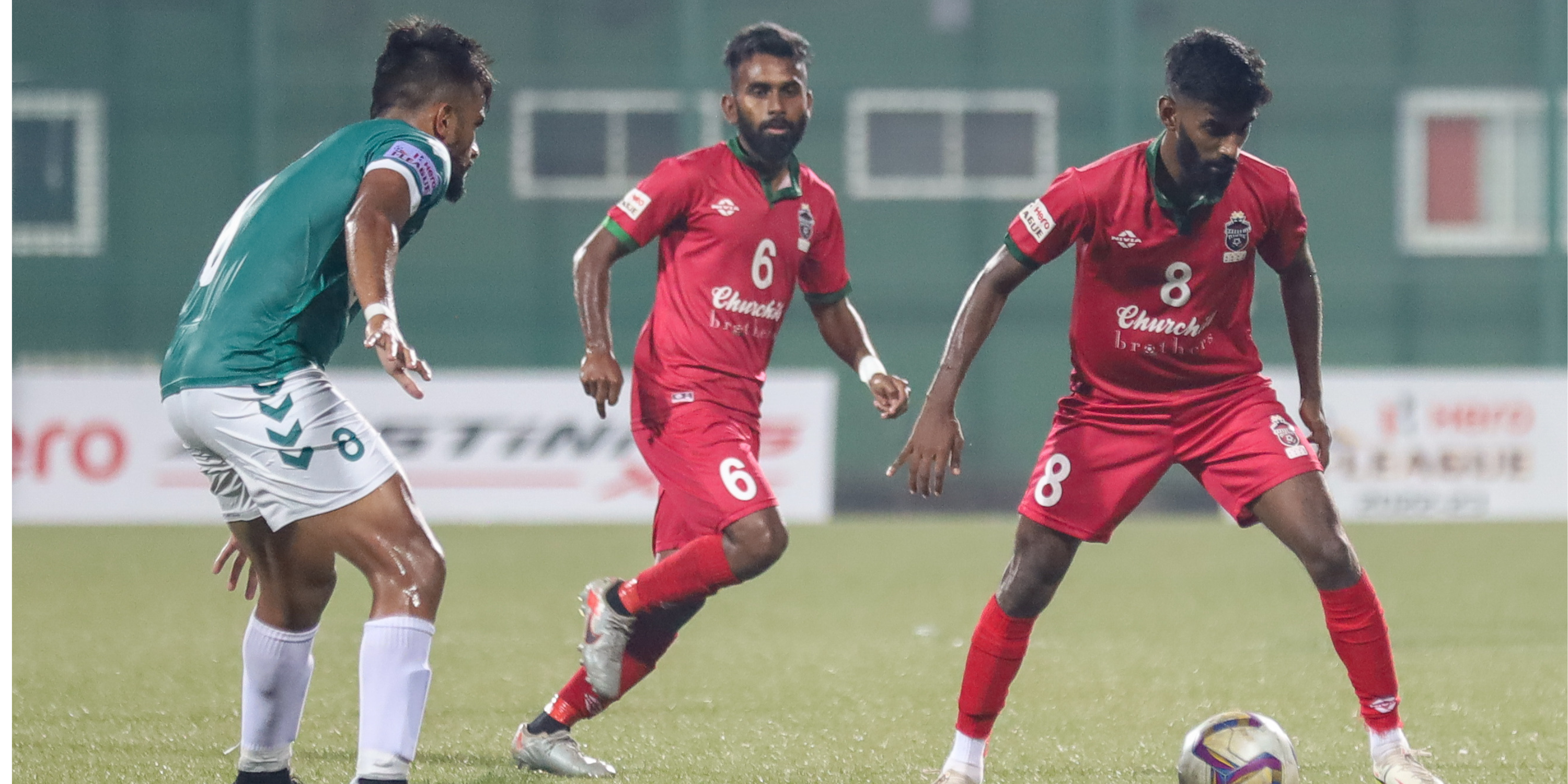 MUMBAI: Hosts Mumbai Kenkre FC and Churchill Brothers played  out a 1-1 draw in a highly competitive encounter of the Hero I-League at the Cooperage in Mumbai on Thursday (November 24, 2022).

An early first-half goal by Azfar Noorani was cancelled out late in the second-half by Lalkhawpuimawia as Churchill Brothers finally opened their account in the points table in their third outing. Mumbai Kenkre FC now have four points from their three games.

The game started in a flash as Kenkre shot into the lead in the sixth minute when Ranjeet Pandre passed the ball to Azfar Noorani, who drifted inside the Churchill box from the left and finished flawlessly with an angular shot. Two minutes later, home team skipper Kiran Pandhare almost doubled the lead when his header skimmed past the goal following a corner taken by Aravindraj Rajan.

As the match progressed, Churchill Brothers started making inroads into the rivals’ box but the hosts too worked hard to foil the Goan attackers. In the 27th minute, Noorani received the ball in his own half and passed it for Pandre to catch the Churchill defence off-guard. However, Churchill custodian Albino Gomes came out of his line to deal with the attack competently. 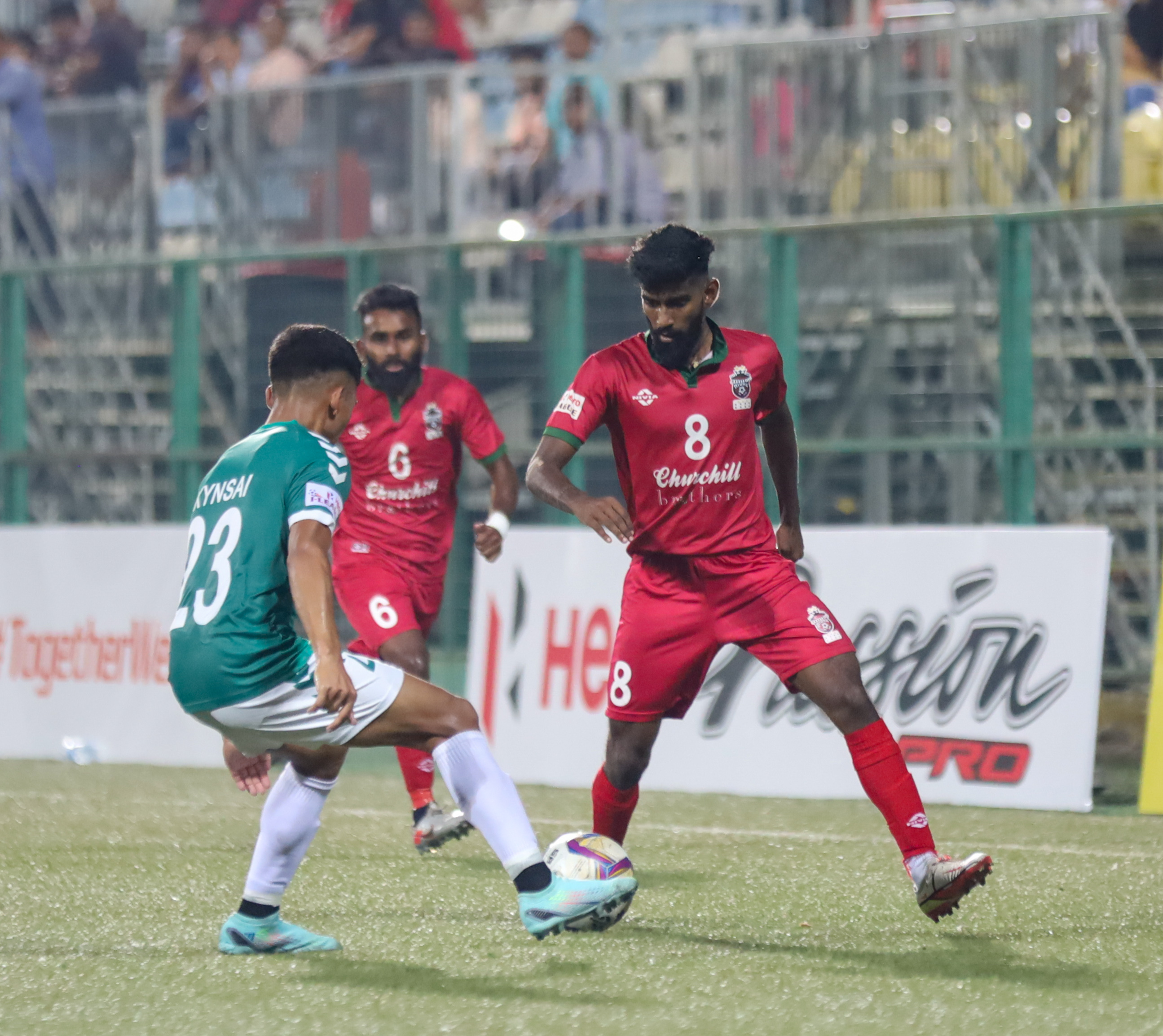 Pandhare dominated the midfield for Kenkre, while Noorani remained a constant threat on the left through his skills and pace as the home side made good impact through counter attacks. Churchill Brothers dominated the game in terms of ball possession but failed to test Kenkre goalkeeper Padam Chettri too many times.

The second half started with Churchill receiving a freekick near the Kenkre penalty box in the 48th minute. Momo Cisse launched a powerful shot to the top corner but Chettri made an outstanding save to deny him what could have been a spectacular goal.

Ten minutes into the half, Churchill’s Lamgoulen Hangshing received the ball on the right and crossed it for Richard Costa, whose attempt was saved by Chettri. On the other hand, in the 61st minute, Cisse made a mistake in judging Kynsailang Khongsit’s cross which reached Pandre. But luckily for Churchill, Pandre’s shot went over the crossbar.

With seven minutes of regulation time left, The Red Machines equalised. Tana took a free kick aiming for Cisse in the box. The Churchill skipper flicked the ball for Joseph Clemente, who then headed it to Lalkhawpuimawia to slot home the equaliser.

Thereafter, both the teams tried their best to take full points home. In the end, Churchill got the closest as Tana launched a cross into the box from a corner kick in the final minute of add-on time. Cisse rose the highest but his header was straight at the keeper Chettri who grabbed the ball as the referee blew the final whistle.