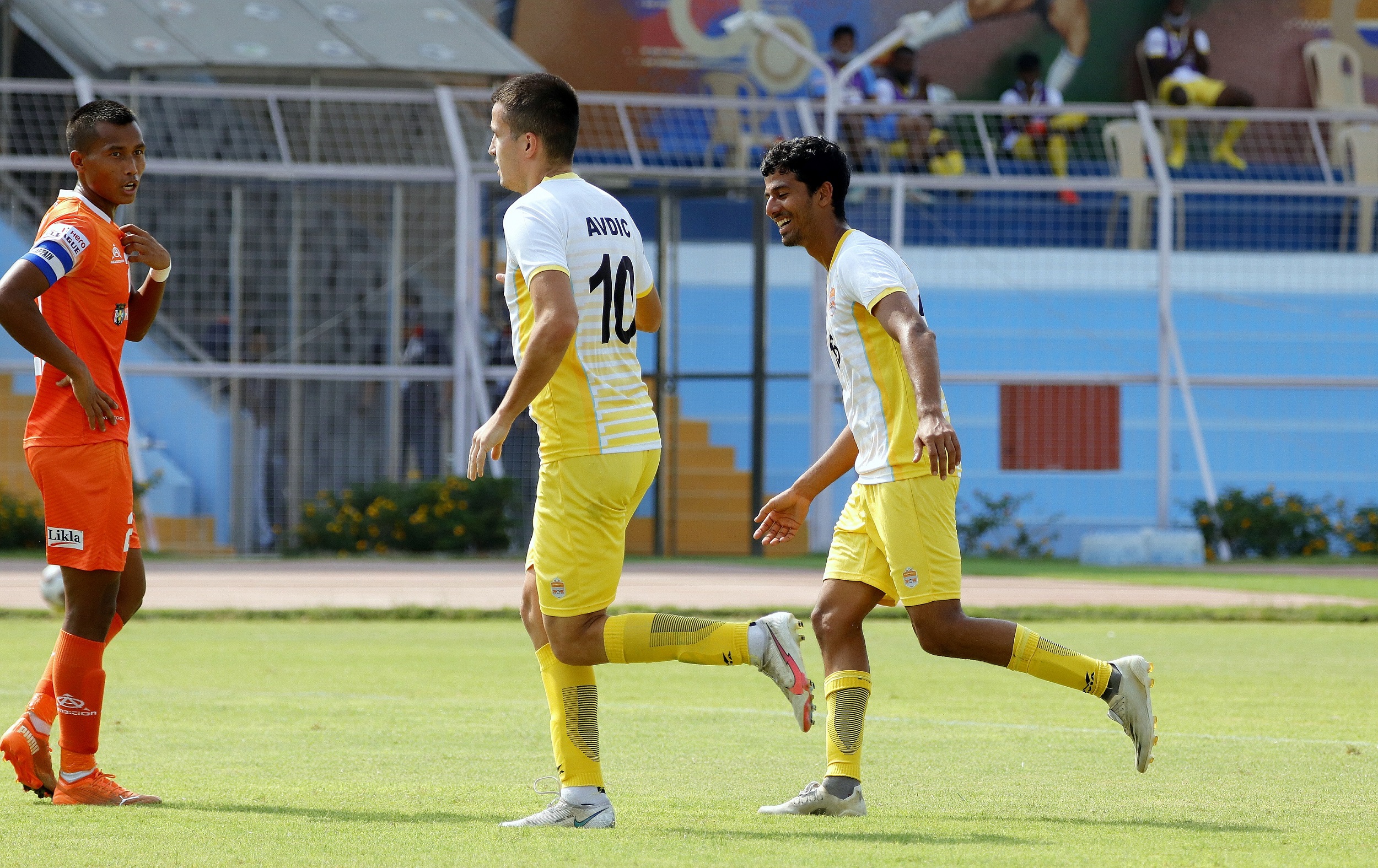 KOLKATA: Chennai City FC ended their Hero I-League season on a winning note as the Satyasagara coached side proved too good for NEROCA and registered a 2-1 win at the KBK Stadium in Kolkata, West Bengal today (March 25, 2021). Mohamed Iqbal’s late strike in added time of the second half proved to be the difference between the two sides as Demir Avdic’s first-half goal was cancelled out by Romtan Singh in the second half.

With NEROCA already relegated and both teams playing for pride, it was clear in the opening minutes of the match that Chennai had the extra edge to take home the win as they attacked from the opening minutes. In the 11th minute, Chennai were handed a penalty kick as a defensive error prompted the referee to point to the stop. However, NEROCA survived as Syed Suhail Pasha’s poor penalty was easily saved by Rahul Yadav.

But all of Chennai’s momentum proved just too much to handle for NEROCA. In the 24th minute, Demir Avdic broke the offside trap and latched onto a brilliant through ball from the midfield. Avdic took his time in front of the goal and smashed home from close range to hand Chennai the lead.

NEROCA just seemed to be lost in the game. Passes were misplaced and it felt like the Gift Raikhan-coached side lacked the motivation to compete for a win in their final match of the season. Chennai, meanwhile, dominated possession and shut NEROCA off. So much so, that in the entire half, NEROCA could not create one clear goal-scoring chance. The half-time scoreline read 1-0 in Chennai’s favour.

Gift Raikhan made a tactical substitution in the second half with the inclusion of Subash Singh Singam in attack. This caused NEROCA to play much better in the final third, where they started down jotting passes. However, it still did not prove enough to breach the Chennai citadel. In the 57th minute, a well-weighted through ball found Subash inside the box. The substitute tried to control the ball before releasing his effort, but his first touch let him down as the ball was robbed off him.

Two minutes later, on the other end, substitute Vijay Thomas came agonisingly close to doubling Chennai’s lead as his shot from outside the box went inches wide of the opposition goal. In the 72nd minute, Mohammed Iqbal had a perfect chance to add more to Chennai’s lead but the nimble-footed winger’s attempt from inside the box, after a cut-back from the left-wing, went straight down the goalkeeper’s throat. And five minutes later, Demir Avdic missed a sitter from a hand-shaking distance to double his team’s advantage.

The best opportunity to equalise the match fell to Subash Singh in the 87th minute when he burst onto goal with a lovely one-two. Subash, however, failed to even hit the target from a range from where he should have converted, as Chennai survived a dangerous spell of play.

Much against the run of play NEROCA equalised in the 90th minute when Romtan Singh bundled home from close range after Chennai’s goalkeeper had failed to make a routine save to a Subash Singh strike. With the scoreline reading 1-1 and less than four minutes left to go, it seemed like the match would end in a draw. However, Singaporean winger Mohamed Iqbal had other plans.

His rocket of a strike in added time of the second half crashed against the back of the net and proved to be the decisive goal as Chennai registered a remarkable 2-1 win, surviving a late comeback by NEROCA.