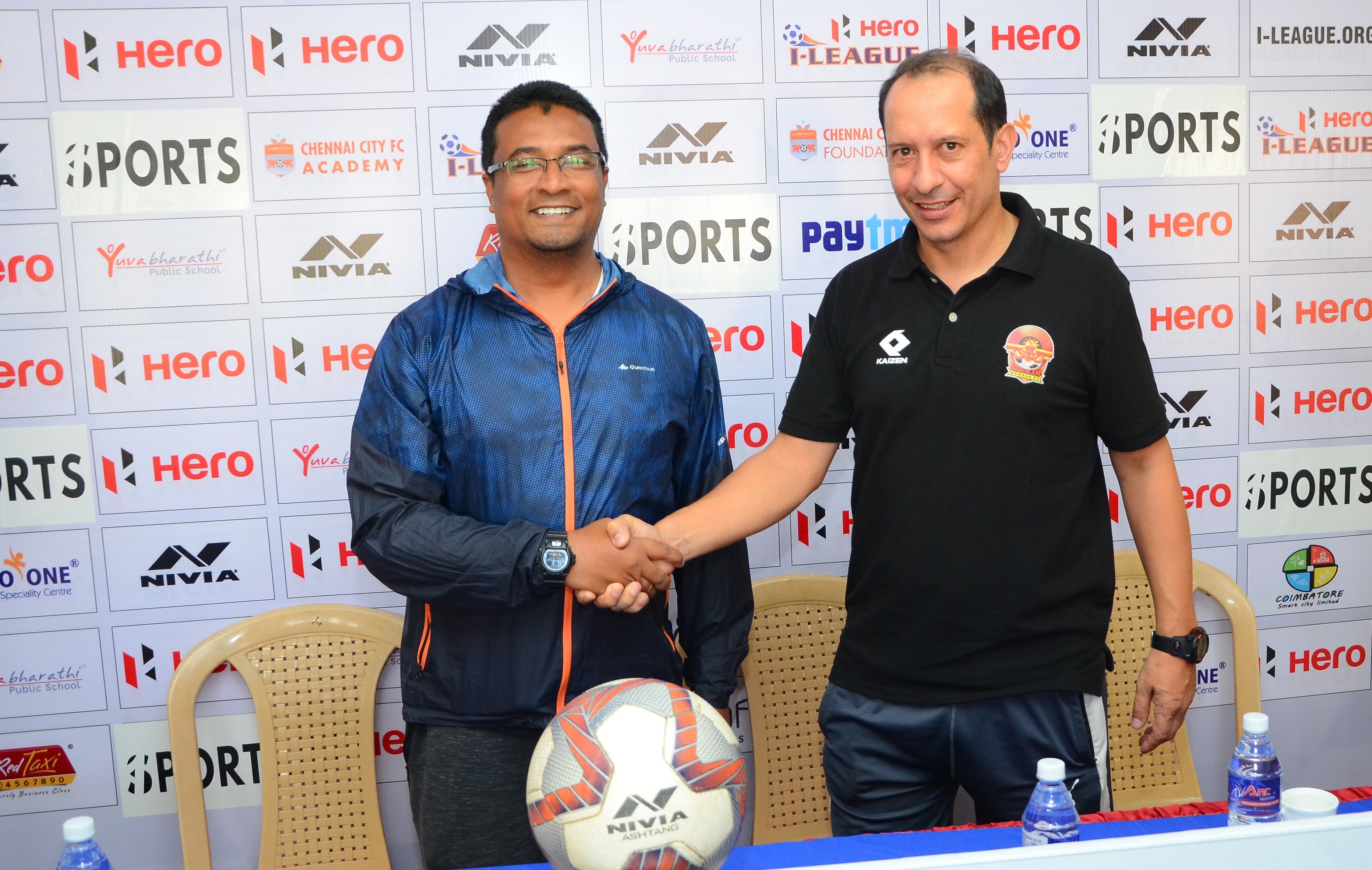 Coimbatore, February 11, 2020: Defending Champions Chennai City FC (CCFC) will be taking on southern neighbours Gokulam Kerala FC (GKFC) in the return leg of the Southern Derby at the Jawaharlal Nehru Stadium in Coimbatore on Wednesday (February 12, 2020). The match is slated for an evening kick-off at 7 pm and will broadcast LIVE on 1Sports, with online streaming available on the Fancode app and website.

Two wins on the trot have altered Chennai’s current campaign and forthcoming expectations by leaps and bounds. A slender win over the Indian Arrows coupled with a dramatic stoppage-time win against Churchill Brothers in Margao have revitalized the Lions’ season.

A victory in their upcoming match against rivals Gokulam won’t just award them with bragging rights of having completed the double over the Malabarians but would also take their tally to 17 points and potentially put them in with a late shout for the title.

Belief has been the catalyst behind Chennai’s newfound resurgence but to keep the wind in their sails, a win is of utmost importance for the Champions, as iterated by Katsumi Yusa, Midfielder, Chennai City FC ahead of the game.

“Belief in each other and belief in the coach’s methods. We are starting to show some fire and desire. This is a young team. So credit should go to the coach and the players for manning up in the face of many defeats,” Katsumi said.

He added, “The team will give their 200% for this game. It is a local derby. We did the double over them last year. We beat them at their home this year.

“They are one of the best teams and have one of the most potent attacking trios in the league. It will be tough to keep Gokulam quiet. But we are confident in our abilities. We never play any match for a draw. We always play for the win,” he concluded.

Gokulam’s season has blown hot and cold, often seeing them coming out all guns blazing in one game while failing to keep the fire burning in the next. With two wins, two losses and a draw in their previous five games, their campaign has been erratic at times.

Their previous face-off against rivals Chennai boiled over in the dying seconds when the referee brandished two red cards for Gokulam. Haroon Amiri and Mohammed Irshad were given their marching orders in that 2-3 home defeat at the EMS Stadium in Kozhikode.

“The game against Chennai City was a bit out of control, especially in the second half when two players were sent off and the goalkeeper was injured. They are still a great team and they always show it when they trying to play. Our goal is to try to maintain the same form of play and improve on our finishing,” said Fernando Santiago Varela, Head Coach, Gokulam Kerala FC.

A draw won’t do either team any favours if they are to claw their way back into the title race. However, like any other derby, it’s always more than just about the three points.