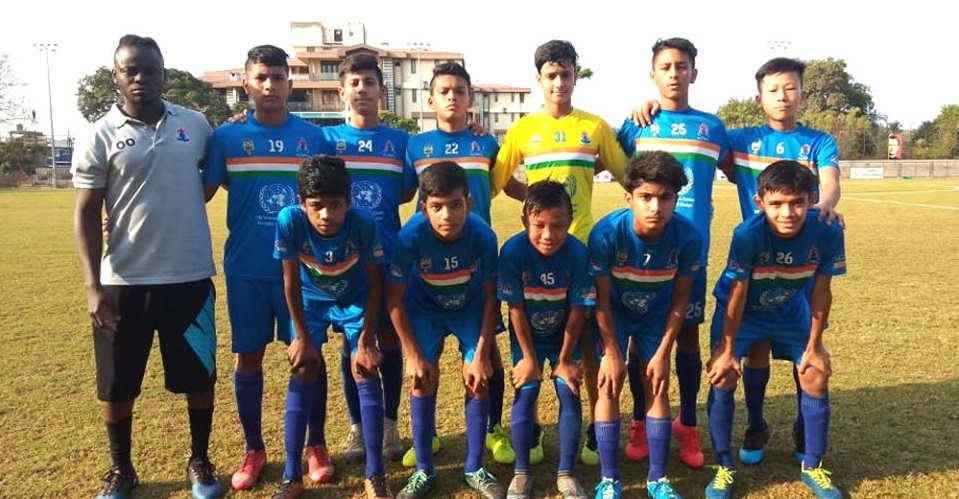 Margao, May 19, 2019: The stage is set for the business end of the Hero Sub-Junior League 2018-19 in Goa as the competition is down to its last four teams, one of which is Delhi-based side Sudeva FC, who will be up against Bengaluru FC in the second semifinal at the Navelim Ground on Monday (May 20, 2019).

The team is coached by Nigerian Oladipupo Joseph Odu, who has been coaching in India for the last four-and-a-half years and shared his thoughts on the quality of talent he has seen here. “To be honest, I have been blown over by the quality of football I have seen,” admitted Joseph.

“The organization of the tournament has been top-notch and the players are really skilled. Back home, people say that India is not a footballing country but my perception has changed drastically ever since I have been here. The talent is there and just needs the right guidance and nurturing,” he added.

Sudeva’s road to the semifinal has been a long one as they topped the Delhi group in the zonal round after picking up 13 points in six games with four wins, one draw and one loss. In the final round in Goa, they secured top spot with wins against FC Goa (4-0) and FC Madras (1-0) before going down to Youth Soccer Academy 3-1 in their last match.

Coach Joseph stated: “The standard of football has been high over the course of the tournament and there has been no easy game for us. Ahead of the semifinal, the mood in the team is extremely good and everyone is looking forward to the game. We have the utmost respect for the opposition but we will go all out and work hard to obtain the victory.”

For Sudeva, the man to watch out for will be young playmaker Danial Lalvenhima, who has found the net four times in the competition so far and is the chief attacking force in the team.

The 13-year-old, who hails from Mizoram and idolizes Jeje Lalpekhlua, said, “I have been playing football ever since I could kick a ball. I am delighted to play for Sudeva and the whole team is really looking forward to the semifinal.”