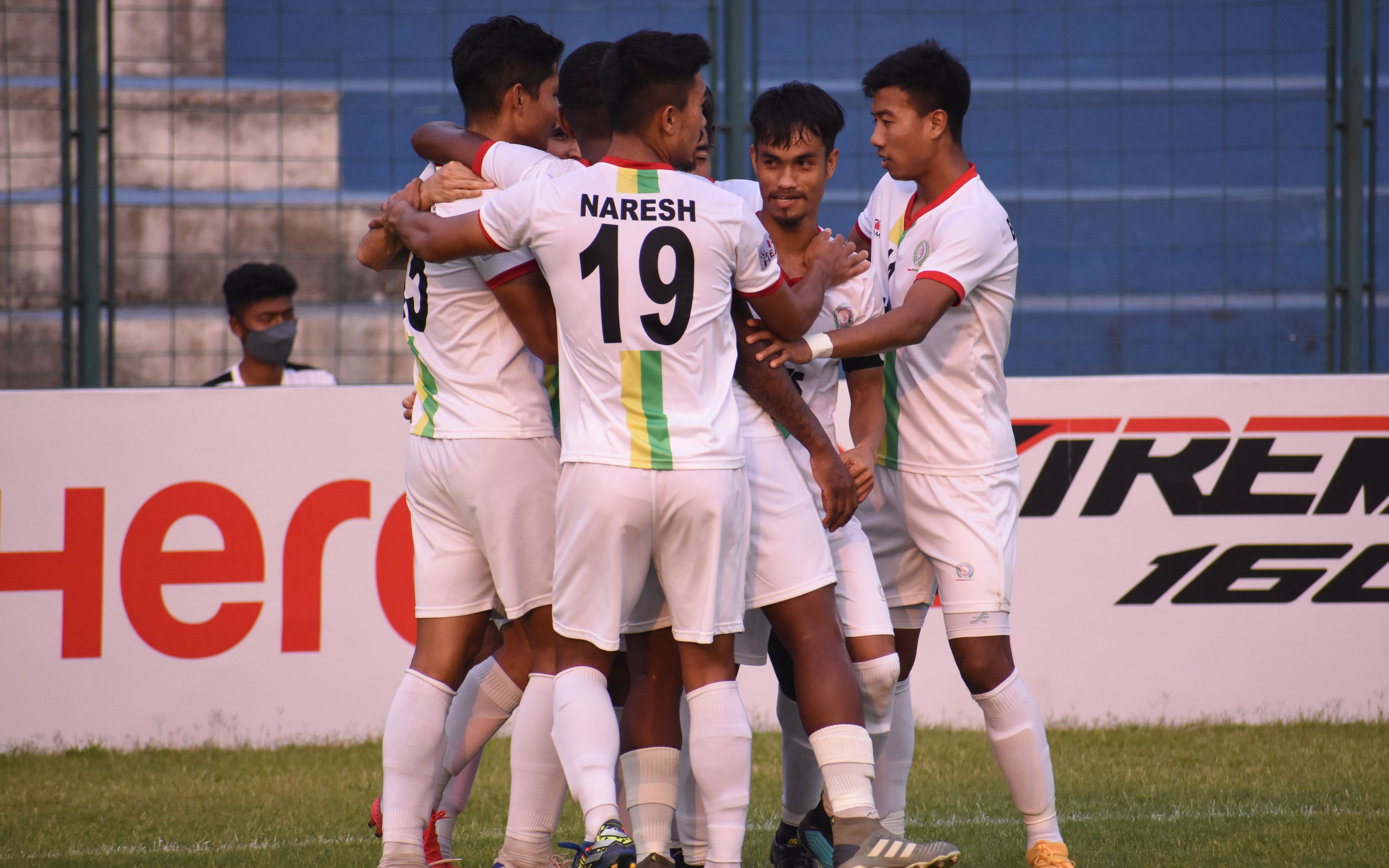 Bidyashagar Singh became the first Indian to score a hat-trick in this season of the Hero I-League as his goals coupled with a Phalguni Singh strike in the first half led the Nandakumar-coached side to an easy win over their opponents, in a match where TRAU hardly seemed to be in danger of losing. TRAU had scored three goals in the first half and topped off their attacking prowess with one goal in the second half.

Although Mohammedan SC had an opportunity to go ahead in the 4th minute when Vanlalbiaa Chhangte was denied by Amrit Gope from close range, the Black Panthers played catch-up for much of the first half to a superior TRAU.

The Manipur-based club dominated possession and chances created. Their attacking pedigree in front of goal finally seemed to kick-in as they took their chances – a stark difference from the first phase of the season where TRAU lacked finishing despite creating opportunities.

The breakthrough came in the 29th minute for TRAU when Tajik import Komron Tursunov’s free-kick earned an erroneous save by goalkeeper Shubham Roy. Phalguni Singh latched on to the loose ball and slotted home with ease to hand them a solitary goal lead.

While the first was a defensive error by Mohammedan, the second was the sheer brilliance of Bidyashagar Singh in the 39th minute. The nimble-footed forward rushed towards the goal but instead of passing it into the box from Komron Tursunov, released a curling effort from a distance that caught the goalkeeper off guard, crashing into the top left corner to double TRAU’s lead.

Two goals in a matter of minutes seemed to knock the stuffing out of the Black Panthers and the killing blow came in the 42nd minute when Bidyshagar Singh was put through on goal with a well-weighted through-ball. The Manipuri made the most of his chance as he smartly slotted the ball past a hapless Shubham Roy to make it 3-0.

After TRAU went into the half-time leading 3-0, the Nandakumar-coached side came out hungry for more goals. Early in the second half, it seemed like TRAU would go 4-0 up but Komron Tursunov, who had found the net from a Joseph Olaleye low cross, was flagged offside.

With John Chidi and Pedro Manzi often left isolated up front, the Black Panthers struggled to create chances. In the 50th minute, Jamal Bhuyan found Manzi inside the box, but the latter failed to make the most of his chance. Lacking creativity at the top, most of the attacks for Mohammedan were easily swept clear by the TRAU defence.

In the 65th minute, Komron Tursunov found Bidyashagar Singh inside the box with a cross. Bidya chested down the cross and released a ferocious volley on the turn that left the opponents gasping as he found the net, completing his hat-trick and handing TRAU a 4-0 advantage.

Mohammedan SC tried to get at least a consolation goal, but even that seemed impossible as TRAU defended well in their half. TRAU could have added more gloss to the scoreline as half-chances were missed by Komron Tursunov and Bidyashagar Singh in the dying embers of the second half. The full-time scoreline read 4-0 as TRAU trotted on to bag the three points.