Bhawanipore FC determined to make it to the Hero I-League: Sankarlal Chakraborty 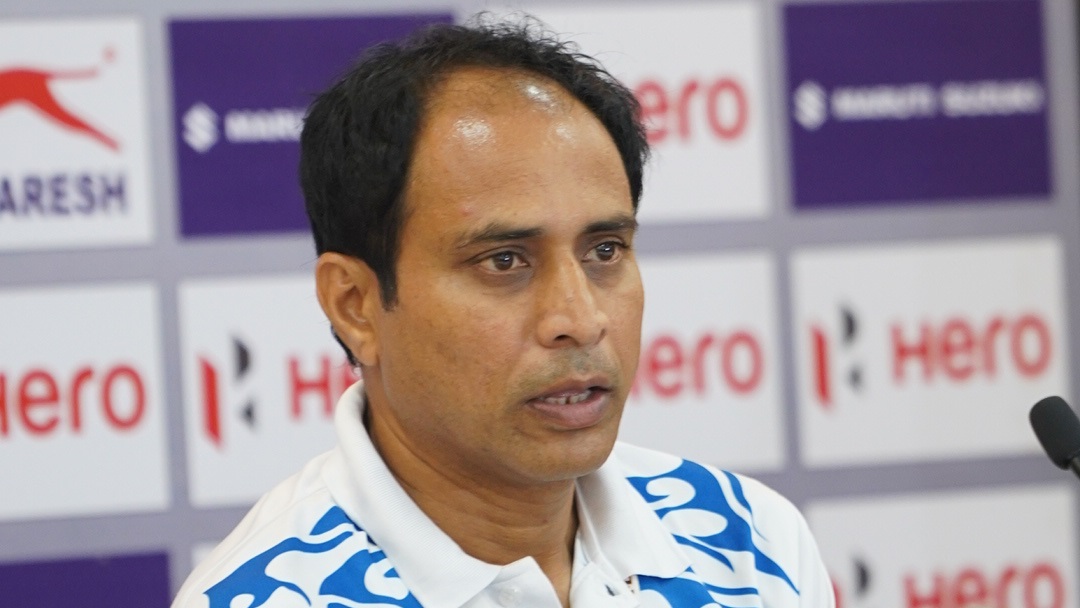 NEW DELHI: Using his vast array of experience Bhawanipore FC Head Coach Sankarlal Chakraborty is looking to propel his side to an unprecedented promotion to the Hero I-League, something that he believes could further boost the ‘Beautiful Game’ in Bengal. As the teams prepare for the upcoming Hero Second Division League, i-league.org got into a short tête-à-tête with Chakraborty, who had previously also been in charge of the Mohun Bagan dugout in the Hero I-League. EXCERPTS:

How are your preparations going on for the upcoming Hero Second Division League?

We started training a couple of weeks back. Most of our players had been isolating at home previously for four-five months. So it’s been a bit of a long off season for everyone. Normally, we start our pre-season training with everyone at around 40 per cent fitness. But this season we assumed that we’ve started much below that – perhaps even in the negative.

But the players are just happy to be able to get back on the ground once again. They have been working so hard for the last couple of weeks that they have regained a lot of their lost fitness. 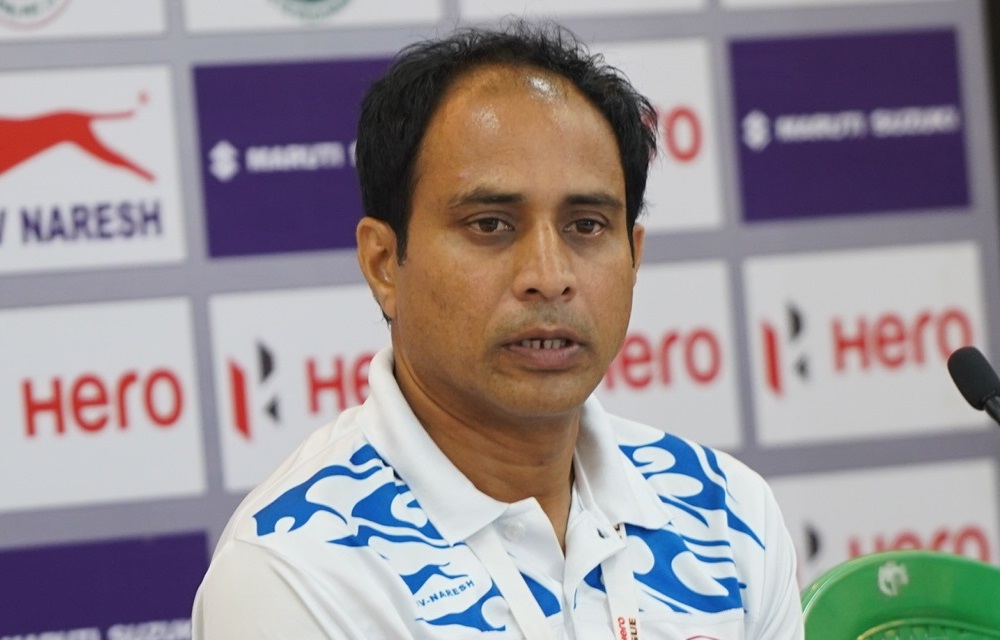 The COVID-19 Pandemic has stopped a lot of footballing activities. How are your players coping with it?

We are very thankful to the State Government for all the help we got — to kick-off our pre-season training. The Pandemic situation is really out of everyone’s control, so it is important for us all to take the necessary precautions and keep moving forward.

One of our biggest concerns while starting the pre-season was what kind of intensity to impose on the players during training. Since they were all in isolation during the Lockdown, fitness levels were down. If we increased the intensity too quickly, there would be a greater chance of injuries. So we started off at a low intensity and then increased it as the players started to get used to the load.

Recovery sessions are also very important at this stage. Because of this special care that we took over the intensity of our training sessions, we have now been able to begin our strength training as well. The next step is getting some competitive matches under our belt. We are arranging some friendlies with local clubs. Hopefully that will get the boys back in their stride.

Your team is one of the favourites to get the promotion spot. How big an achievement would it be for Bhawanipore FC to make it to the Hero I-League?

Of course winning the Hero Second Division League and booking our spot in the Hero I-League is always the thing on our minds. The club owners have also worked hard to sign a talented bunch of players who we believe can achieve that goal for us. Everyone is very determined. Everyone feels that we have to gain promotion at all cost — and we are ready to play some good football to achieve our goal.

Bhawanipore is a big name in the Bengal footballing circuit. We are determined to represent Bengal in the top levels of Indian football. If we do make it there, then we can use that platform to give more chances to the local Bengali boys who are coming through the ranks. 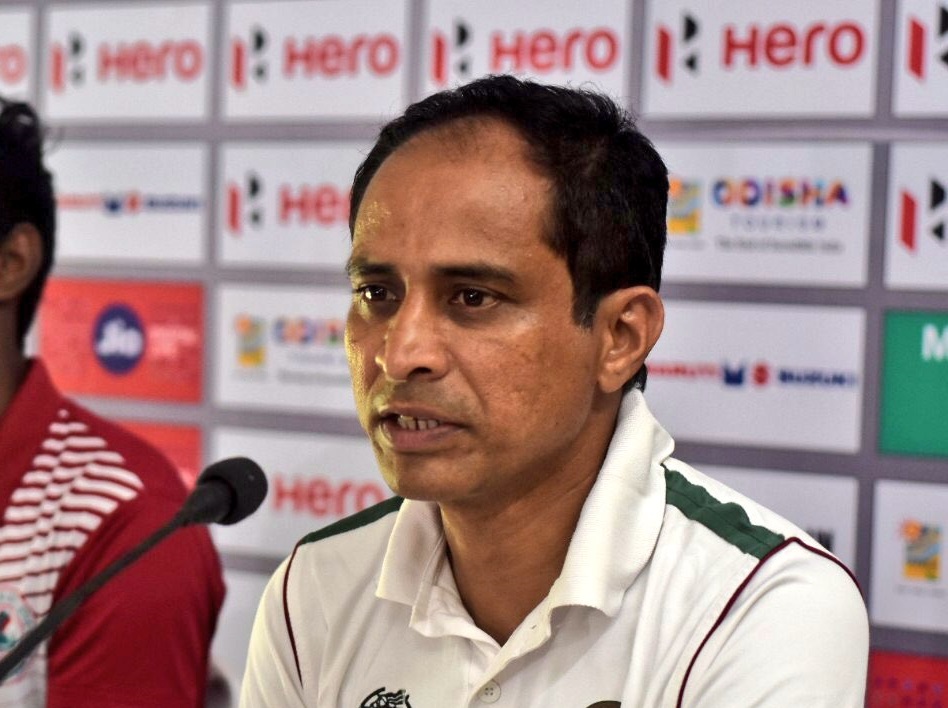 How important is it for local young talents to get a platform?

It’s always a good step to nurture local talents. That’s how football in our country would eventually grow. When I was at Mohun Bagan we had a number of young local lads playing for us, like Azharuddin Mullick, Arijit Bagui, Sk Faiaz, and many others. I don’t believe people who say that good youngsters aren’t coming through. You need to give them the opportunities, help them learn and grow, and that is how more youngsters will come through.

With the Hero Second Division League nearing in, which team would you say are the biggest threat to Bhawanipore’s goals?

Obviously Mohammedan Sporting are one of the top teams. On paper they are the strongest. They have some good players. Also, the weight of the history of the club is also a huge motivator for the players. They know the kind of love and adoration they would get from their fans, if they do gain promotion. I believe that this support will be an added advantage for them.

FC Bengaluru United are also a good side. They have assembled a good squad that plays an attractive brand of football. they also have some important players who can turn the game at crucial stages.

The matches are likely to be played in front of empty stadiums, keeping in mind the COVID-19 Safety Regulations. How are you looking to motivate your players in such a scenario?

The motivational process has already begun. I have been explaining the importance of the tournament to them. What you have to understand is that not everyone in our team is from an affluent background. Getting into the Hero I-League would mean higher wages, which would be a boon for a few of our lads. That is a big motivation for them. We are being realistic, with respect to what is happening around us. Being in a better position to provide for their family is a big motivating factor for the lads here.