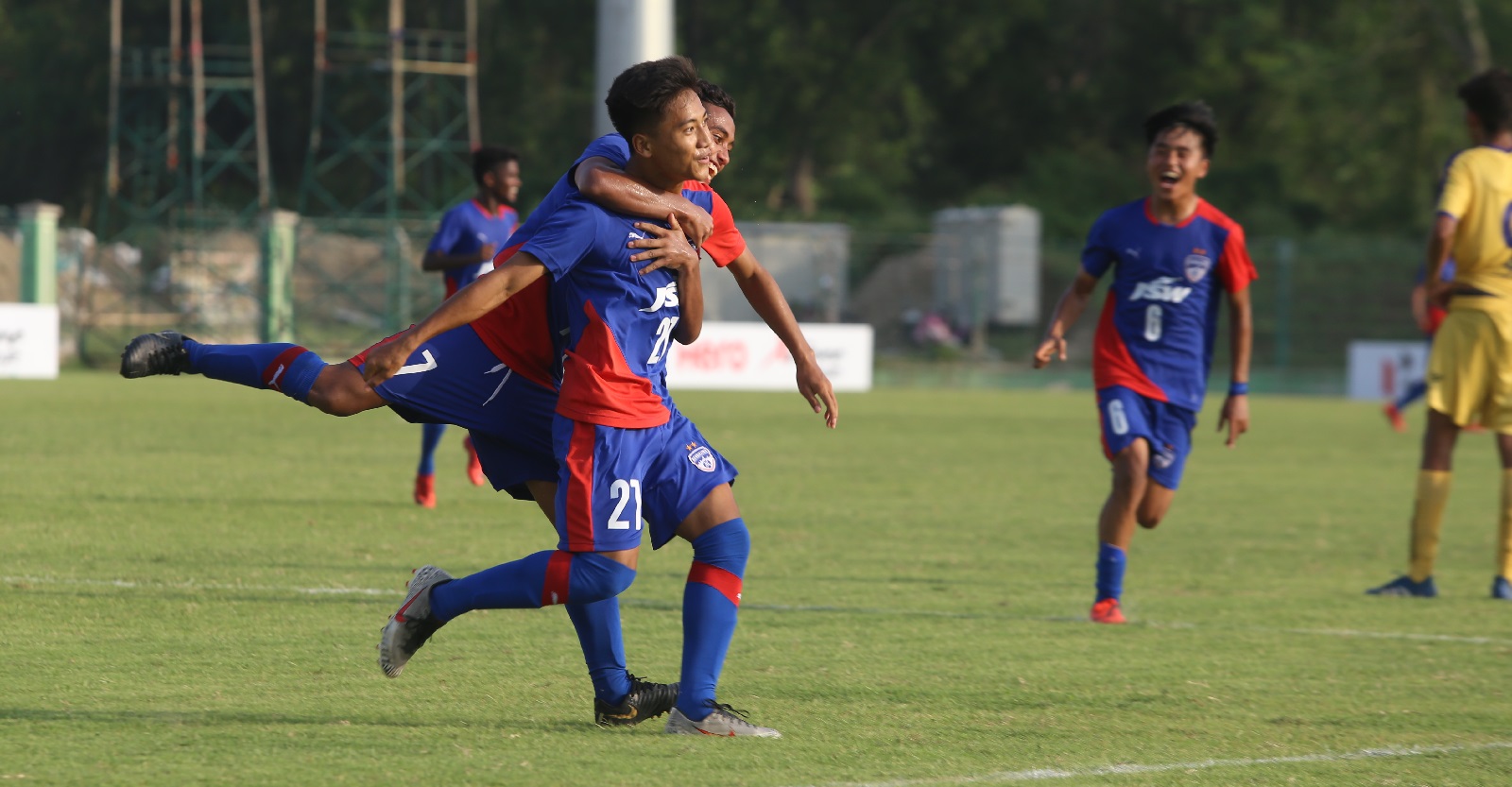 Kolkata, May 27, 2019: Bengaluru FC overpowered a Kerala Blasters side that put up a good resistance for the better part of the first half, to win the Hero Junior League semifinal 2-0 at the Kalyani Stadium in West Bengal on Monday.

With this win, Bengaluru FC have now booked their spot alongside Minerva Punjab in the final of the 2018-19 Hero Junior League.

Bengaluru FC’s substitute Sonminthang Haokip was the standout performer, as he scored two quick goals right after the restart.

The Blues started off the Southern Derby with a higher tempo, with their attackers running the channels between the Kerala Blasters back-four. Midfielder Bekey Oram managed to run in behind the Kerala defence multiple times in the first half, but could not put Bengaluru in the lead.

The India U-16 international had the perfect chance to give Bengaluru the lead in the first 15 minutes when he just had Kerala keeper Aman Sahni to beat, but the keeper thwarted the opportunity.

Bengaluru kept probing for the entirety of the first half. It was the half-time break that gave them some time to rethink their strategies and make a couple of changes. A 53rd-minute substitution, where Sonminthang Haokip came on for Rakesh Meitei, that did the trick for them.

Just a minute after coming on, Haokip slotted in a low cross from the Lalthangliana to put Bengaluru in the lead. The substitute made it a one-two sucker punch just a minute later, when he slipped in behind the Kerala defence, ran on to a ball and pulled the trigger. While his shot was saved, he got on the rebound and scored from it.

Kerala Blasters lost some steam after these two goals as Bengaluru FC dominated the proceedings, calmly passing the ball around the park. With a little over five minutes of regulation time left on the clock, Manish Chaudhary got his head onto a cross from the right and rattled the crossbar.

With this win, Bengaluru FC have progressed all the way to the Hero Junior League Final with a massive 12-match winning streak.