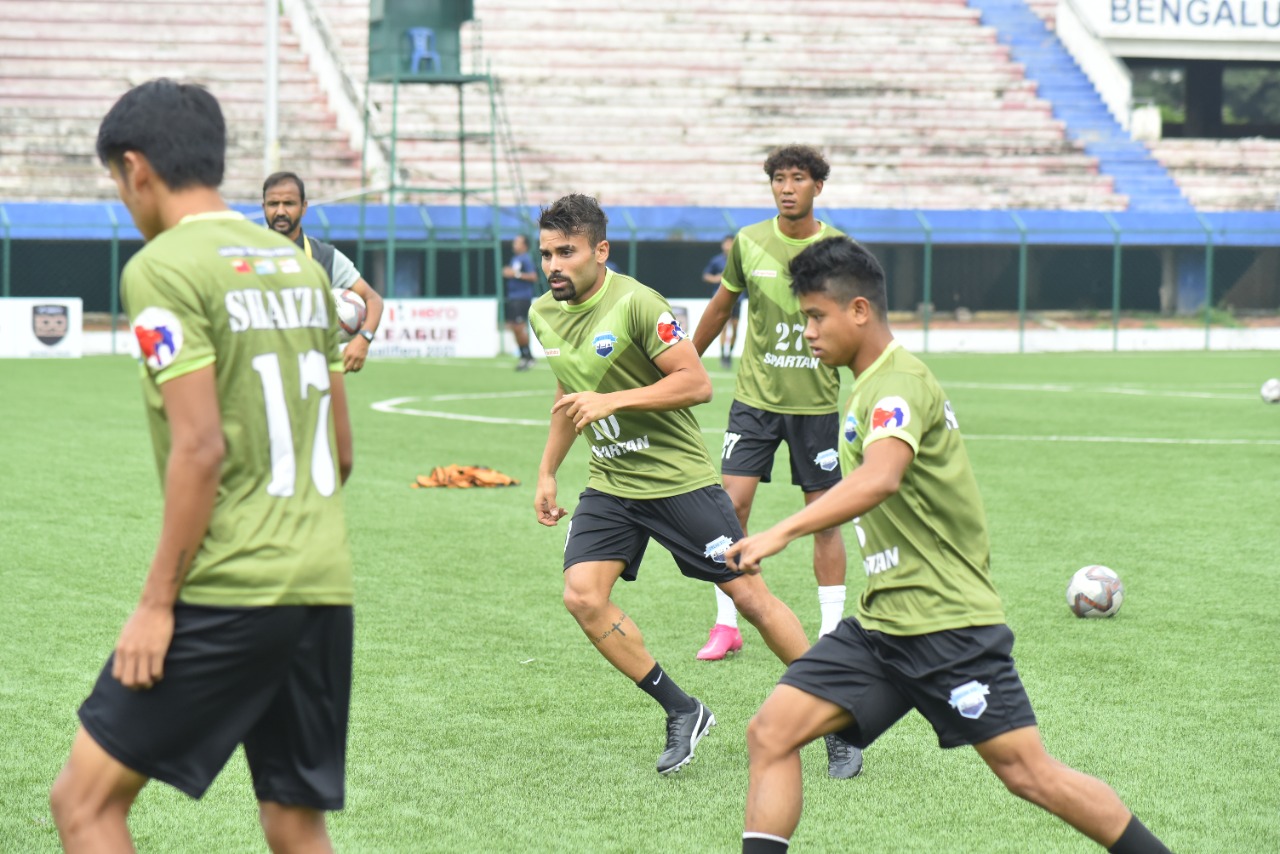 BENGALURU: The battle for the elusive Hero I-League first division spot intensifies further as Delhi FC prepare to line up against Kenkre FC in the penultimate match of the Hero I-League Qualifiers 2021. Both teams come into the crucial encounter with contrary fortunes as Kenkre FC are riding high following their 1-0 victory over Madan Maharaj FC, while Delhi FC faced defeat by a similar margin against Rajasthan United FC. The match is scheduled to kick off here at the Bangalore Football Stadium on October 20, 2021 at 12:30 PM IST.

Termed by many as the favourites to secure I-League qualification at the start of the final round, Delhi FC had their run of winning momentum halted by Rajasthan United FC, who inflicted the capital side’s first defeat of the competition with a late winner. Delhi FC head coach Surinder Singh cited a couple of reasons for his side’s lacklustre performance in their previous match, but remained confident of his team’s ability to turn around their form.

“We faced a pressure situation against a good team in Rajasthan United, and our performance was hampered by an early injury to James Kithan. The heavy rain towards the end also made the playing conditions difficult at a key moment of the game. We got unlucky yesterday, but these things are a part of the game and our job now is to bounce back from this defeat. The boys know this clearly, and I have faith in their ability to turn things around as we still have two matches to play.”

Looking forward to tomorrow’s encounter, head coach Surinder Singh commended Kenkre FC’s style of play. He said, “Kenkre FC are a good ball playing side who like to play with a high percentage of possession. They keep the ball on the ground and know how to utilise it well. It will be an enjoyable match with plenty of attacking football, and I am looking forward to the competition and hope that we can emerge with a win.”

Delhi FC’s tenacious right full back Samuel Shadap also outlined his team’s philosophy for the match tomorrow. He said, “The boys are really charged for tomorrow. We play with a high intensity, and we will approach tomorrow with an even higher intensity than usual as we know that this is like a do or die situation for us. We have to keep our level up for the whole 90 minutes and fight for the win as it is now or never.”

While Delhi FC look to make improvements to secure a win, Kenkre FC Head Coach Akhil Kothari cut a satisfied figure as he reflected on his side’s slender win over MMFC. Speaking in the pre match press conference, Kothari said, “We played a good brand of football and created 2 or 3 chances on either side of half time. The goal we scored was the result of a well worked move as well, so we would like to continue in the same vein and look to build on the foundation we have laid out so far.” 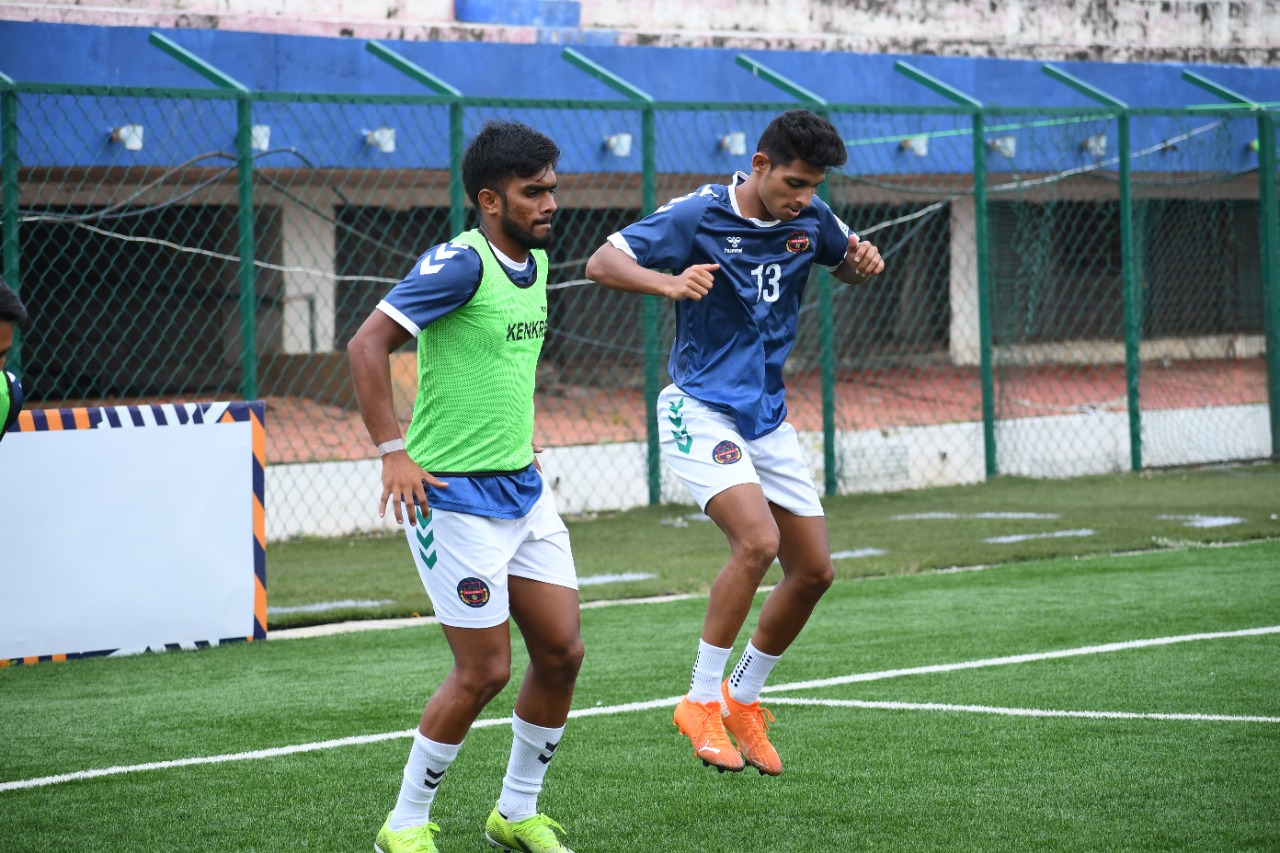 Kenkre FC’s custodian between the goal posts Tenzin Samdup eagerly awaits the challenge that lies ahead for Kenkre FC in their bid to qualify for the Hero I-League. In the pre match press conference, Tenzin said, “We know it will be an important match tomorrow, but our mindset over the whole competition has been to not worry about our opponent and instead be ready to execute our own gameplan which the coach has worked on. We will treat this like just another match in which we have to get 3 points, so we are ready to match up against any team in this competition.”

Confronting the big question with an air of confidence, Tenzin stated that he believes in the team’s capability to go the distance and secure an I-League first division berth. He said, “For sure I believe that we can win the competition if we approach it with a positive mindset. When we came here, we were never content to be just one of the participants. We wanted to get as close to winning as possible, and now that we are here in this position, we have to take on our opponents with the thought of winning games and then wait to see what happens. So hopefully, Kenkre FC will be able to go the full distance.”