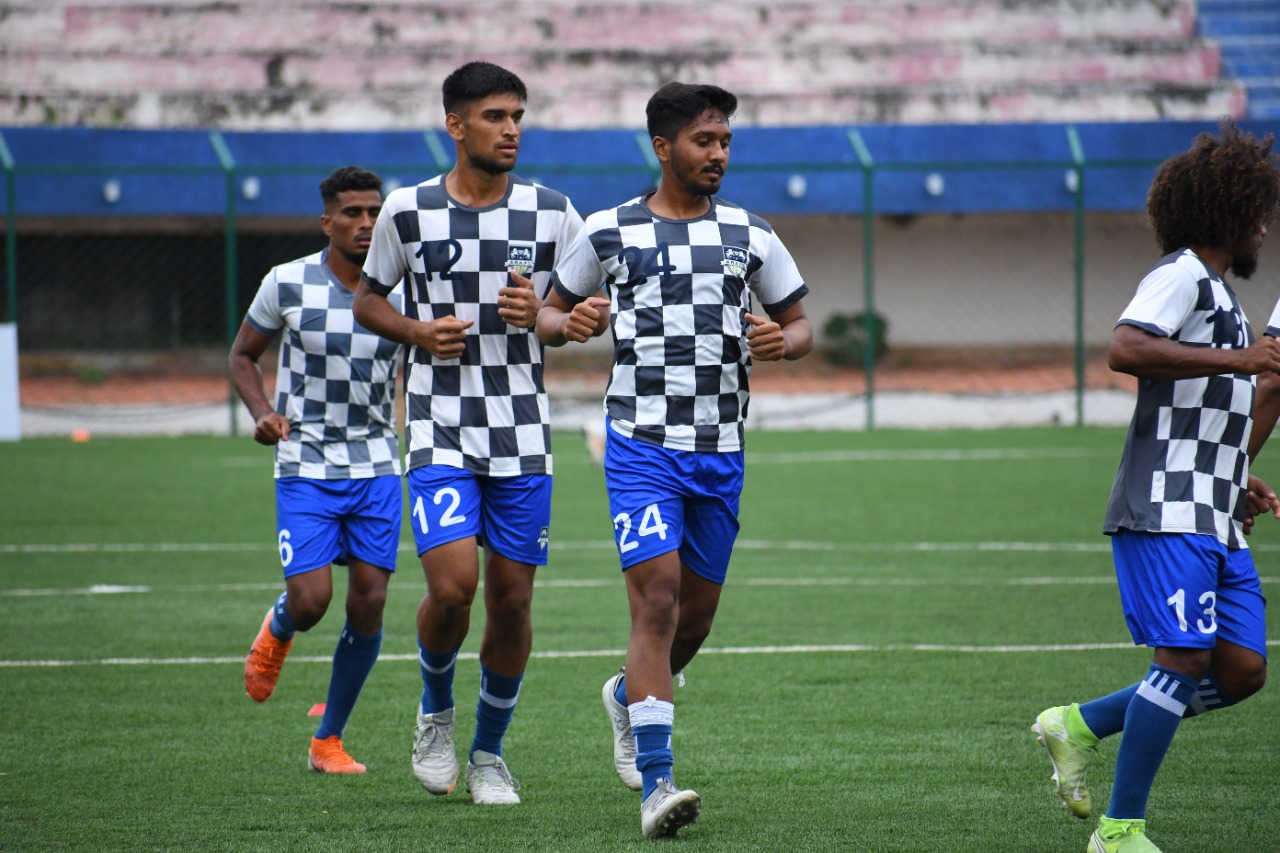 Bengaluru: In what awaits to be yet another exciting clash at the ongoing Hero I-League Qualifiers, newcomers Delhi FC will take on ARA FC who are in search of their first win in Group B here at the Bangalore Football Stadium on Thursday. While Delhi FC will be gunning for a strong start in their maiden Hero I-League Qualifiers this year, ARA FC will be hoping to made amends following their first match disappointment where they split points with debutants Corbett FC.

“We will definitely be going for a win tomorrow,” asserted ARA FC assistant coach Salim Pathan. Reflecting on their opening match against Corbett FC, Pathan added, “We were disappointed with the result. The stats were in our favour. We did well with the possession and even created plenty of chances but we were simply unlucky to not be able to convert. In modern football, it is all about scoring goals. Hopefully, the next game will not be like yesterday.”

Pathan further highlighted that the Corbett FC, although a newcomer in the Second Division, they have senior players who have the experience of playing in top leagues in the country. Likewise, he believes Delhi FC too has a strong combination of players and their team can’t get complacent against them at any given time during the match. “We have to be on top of our game. Just like the Corbett FC team who have quite a few players like Subodh Kumar who play in top leagues in the country, Delhi FC too possess a good line-up of players. They are a good side and we have to bring our ‘A’ game to the fore,” Pathan stated.

In their game against Corbett FC, ARA FC was behind by a goal till the 75th minute. It was a clever substitution after the half-time where head coach Vivek Nagul made a surprise substitution that changed the course of the game for ARA FC. He brought in foreign player Vladislav Nuriev who ended up scoring for the team in the 75th minute to help split the points. “You can expect such surprises in tomorrow’s match also,” exclaimed Pathan.

“The plan was always to use him during the end of the match. It wasn’t a fluke or anything. He (Vladislav) is a new recruit and we were not sure if he would fit in to play the entire game and we were also not very sure of his match fitness. With the rules allowing only two foreign players in the pitch, we wanted to use him towards the end and it worked,” Pathan added. 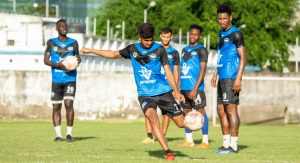 Their star player Dieye Hamiddu, who created the scoring opportunity with a brilliant assist to Vladislav, emphasised staying focused on tomorrow’s game against Delhi FC. “I think we should leave behind what happened in our first match and focus on the match against Delhi FC. It is an important game for us and we are in good spirit to do well,” Hamiddu said.

Debutants Delhi FC, who are coming into this tournament after a good outing in the Durand Cup, will be hoping to ride on their confidence of making it to the quarterfinals of the prestigious tournament in Kolkata which concluded recently. Speaking about their maiden Hero I-League campaign, Delhi FC’s experienced centre-back Anwar Ali said, “We have been waiting for this moment for a long time. We had a good outing in the Durand Cup where the team got to gel well as a unit and we went up to the quarterfinals but unfortunately lost that game. The players and the staff are focused on getting good results here and move into the Hero I-League. That is our main focus.”

About taking on the ARA FC in their opening game of the tournament, head coach Surinder Singh said, “We have seen their match yesterday. They are a very competitive side and have been playing in the Qualifiers for over the last two years, this year being their third. For us, the aim is simple, we ask our players to believe in what they are doing and perform their best.”

Highlighting their pre-season and preparations for the Hero I-League Qualifiers, coach Singh said, “The lockdown months during the second wave of Covid-19 pandemic was pretty hard on us but we held online coaching to ensure the players’ fitness is kept up. Once we got together, we played a couple of good matches against the local teams like Punjab Police and BSF apart from some ISL teams. The management has been supportive all along and the team has been putting in some good effort. Now, the aim is to qualify for the Hero I-League but the priority will be to go match-by-match.”

The Group B encounter between Delhi FC and ARA FC will be streamed live on the Hero I-League’s official Facebook page.