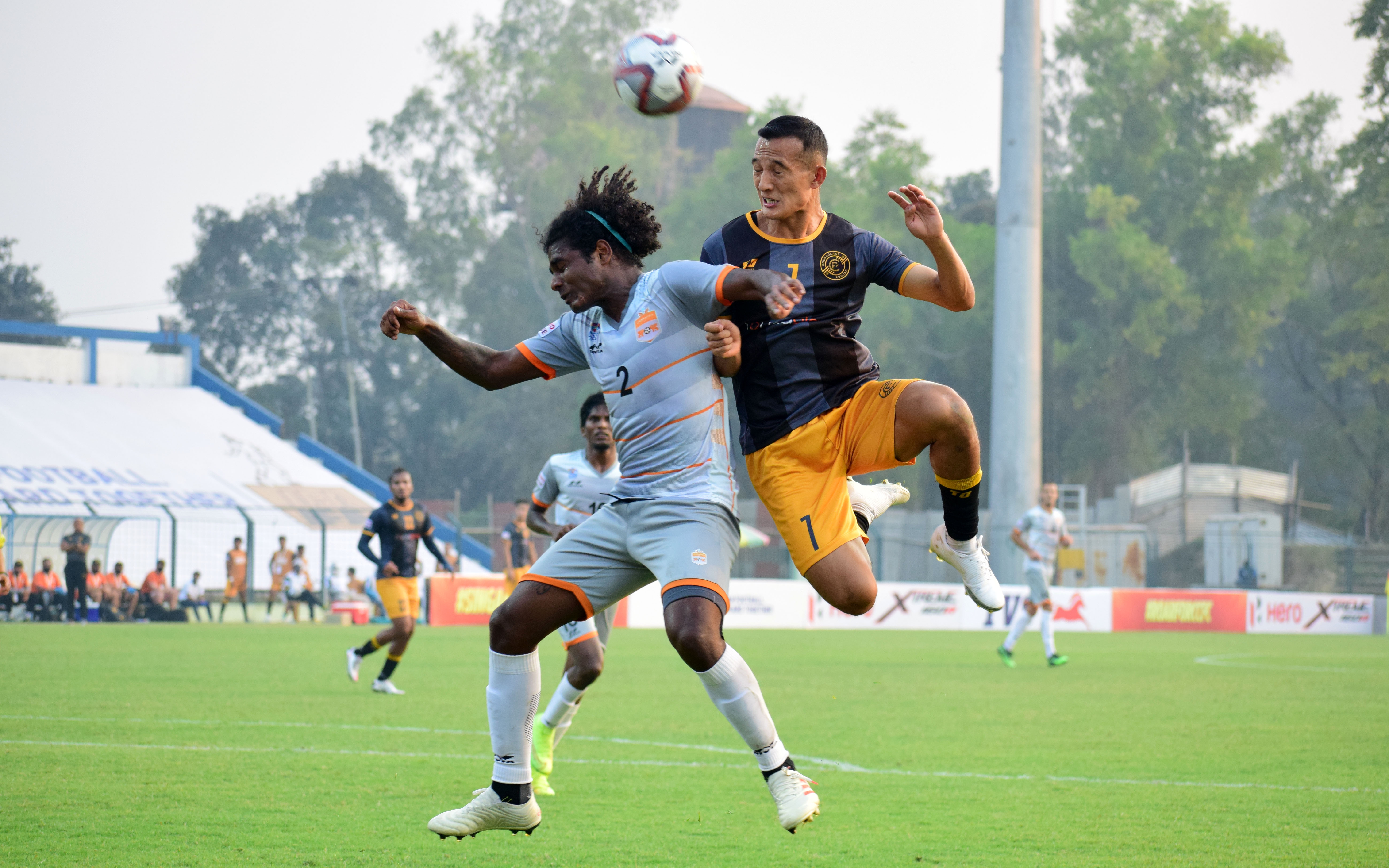 KOLKATA: The stage is set for the penultimate round of fixtures in the first phase of the ongoing Hero I-League 2020-21 season, with the race to finish in the Top 6 on the standings about to reach a climactic conclusion. There is little separating the teams right from first to tenth place and the next round of matches, which is scheduled to take place on February 23 and 24, 2021, could see the table quickly taking a different shape.

The first match will see Aizawl FC taking on Real Kashmir – a battle between two teams high on confidence. The side from Mizoram put in a clinical display to register a 3-0 win against Mohammedan SC in their last game and could overtake the unbeaten side from Kashmir, who fought back in their last game against RoundGlass Punjab FC to salvage a point.

The Snow Leopards, currently with 14 points in eight games, could all but secure their place in the Top 6 with a win but a victory for Aizawl will propel them ahead of Real Kashmir and take their tally to 15 points, which makes their encounter a crucial one.

Sudeva Delhi FC, currently in eighth place with nine points, take on Gokulam Kerala FC, who are fourth and have 13 points so far. Form and consistency have been hard to come by for both sides this season, with them having produced some brilliant performances and at the same time, go down without a fight in multiple matches.

It will be fascinating to see which side will rise to the occasion on the big day and a win for Sudeva would see them reach just one point behind the Malabarians, and keep their Top 6 hopes alive. Anything less than a win could take matters out of their own hands for the Delhi side heading into the final round, while for Gokulam, a victory will help immensely in their charge for the title.

The final match on Tuesday will be a battle between Mohammedan SC and Chennai City FC, both of whom desperately need a win to keep their hopes of entering the championship phase alive. Both sides are currently out of the Top 6 – with the Black Panthers one point away from the Top 6 and also a point ahead of the former champions Chennai.

In their last two games, both teams have failed to pick up even a single point, suffering two losses. Mohammedan will enter the game on the back of a change in technical staff, with Sankarlal Chakraborty taking the reins as head coach and former CCFC talisman Pedro Manzi is expected to lead the line for the Black Panthers as well. The game in Kalyani promises to be a thrilling contest and anything less than three points for either side could mean curtains on their Top 6 chances.

2⃣ rounds to go in the first phase and it’s impossible to predict who will finish in the Top 6️⃣!#LeagueForAll 🤝 #IndianFootball ⚽ #HeroILeague 🏆 pic.twitter.com/DN1ks1RCYs

Both Churchill Brothers and Neroca FC, currently in first and tenth place respectively on the points table, will head into their battle on the back of confidence-boosting wins against Chennai City and Sudeva Delhi FC. With points from the first phase being carried forward to the next one, the Red Machines will know that a win will not only consolidate the top spot but also put them in pole position for the sprint to the trophy.

Neroca, meanwhile, will be hungry to hand Churchill their first loss of the season and certainly have the firepower up front to cause an upset. A win for the Orange Brigade will bring them within touching distance of the Top 6 spots and offer a chance to sneak into the top half ahead of the final round.

The Indian Arrows will conclude their Phase 1 fixtures against Manipuri side TRAU FC, who will be refreshed after a 10-day break. Both sides lost to Gokulam Kerala in their previous game and while the ever-improving Arrows will be looking to end their first phase fixtures on a high, TRAU FC will be looking to pick up the three points and catapult themselves into the Top 6.

The Red Pythons, who are currently sixth with 10 points, will certainly be wary of the Arrows and their ability to cause upsets and will enter the game knowing that even a draw could mean that their chances of making it to the Top 6 could be taken out of their hands.

Under the new format, Group A will consist of the teams that finish in the top six spots in the first phase and in the second phase, these six teams will again play a match each against each other in a round-robin format. The points from both phases will be put together to determine the champion.

On the other hand, Group B will comprise the teams that finish in the bottom five spots of the first phase. The five teams in Group B will also play a match against each other once and the points from both phases will be accrued together to determine which side (bottom-placed) gets relegated.