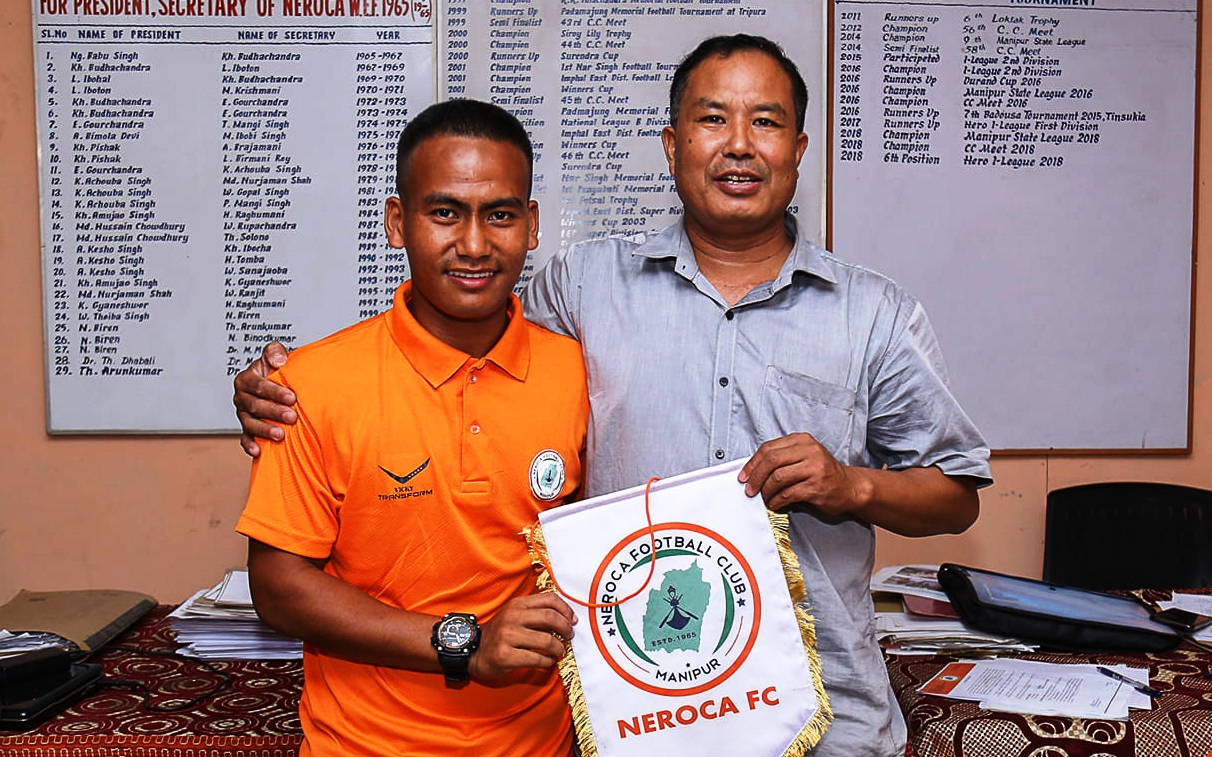 NEW DELHI: In February this year, Neroca FC set the Imphal Derby on fire as they registered a 5-0 win over city rivals TRAU FC in front of 34,971 spectators at the Khuman Lampak Stadium.

Among the chief architects of the win was midfielder Imran Khan and in the 2020-21 campaign, his younger brother Akbar is looking forward to leading Neroca to many such memorable results.

The 21-year-old who hails from Kairang Mayai Leikai, Imphal East, signed a two-year deal with the club ahead of the new seasons as he makes his return to the Orange Brigade. He has represented them in the Manipur State League and Hero 2nd Division League previously, also having played for AIM in Manipur and Ozone FC in Bengaluru.

“It is an honour to play for a club from my home state. I am very excited to play in the Hero I-League for the first time. I am working very hard to prepare and will give my 100% for the team,” he told www.i-league.org.

A central midfielder by trade, his idols are Real Madrid’s Luka Modric and his elder brother Imran, who taught him the basics of the sport and is the one who Akbar looks up to for inspiration and guidance.

“My brother has been the driving force of my career. Ever since I was a little kid, I would follow him to the football field. It was he who has taught me all the basics and I owe my career to him. I hope I can make him proud this season,” Akbar quipped.

He recalled the spectacle of the first set of Imphal derbies last season, where TRAU came up trumps in the first one 2-1 while Neroca produced a stunning second-half performance to record a 5-0 victory.

“I remember watching the Derby and being mesmerised by it. It was truly amazing, especially the one where Neroca won and bhai got two assists. The atmosphere in the stadium was awesome. I hope that I can play in the derby this season now and get the three points for my team and the fans,” Akbar averred.

This time around, the Hero I-League is set to be played to in one city — Kolkata, with the matches, most likely being played behind closed doors.

“It will certainly be a unique experience and we will no doubt miss the support of our fans in the stadium if that happens. But under current circumstances, there are no complaints. However, we are looking forward to the action to begin and put our best foot forward,” he concluded.