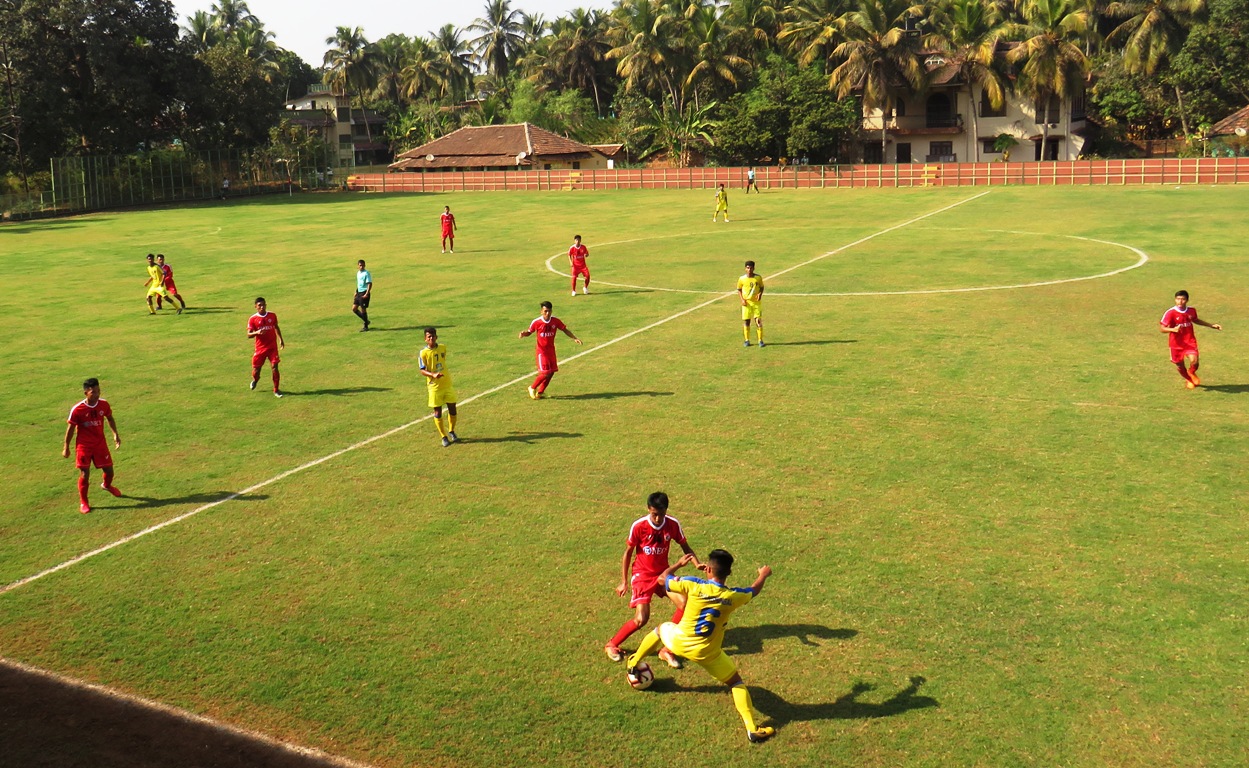 GOA: Aizawl FC U-18 coach Nicky Malsawmtluanga feels if the Reds can play up to their potential, they can overcome the challenges imposed by FC Pune City to advance to their maiden final of the Hero Elite League.

“If we can play to our potential, we can beat them. Our main strength is our team game. We don’t depend on any individual but the entire team”, Nicky said before the Highlanders face FC Pune City in the second semi-final of the Hero Elite League 2018-19 at the Nagoa Ground tomorrow (February 6, 2019).

The young coach further added that they have already studied the Pune-based side and have started to set their strategies accordingly.

“FC Pune City are a strong side and they are here for reasons. They have four Mizo players. We have seen their game and have made our strategies accordingly.”

Meanwhile, the Mizo-outfit have never been able to qualify for the semi-finals of the Hero Elite League and the coach expressed that the boys are focused to make this opportunity count.

“We had a pretty strong team last year, we had played some beautiful football too. But, unfortunately, we couldn’t make it to the semi-finals. We’ll leave no stone unturned to make this opportunity count this time.”

He also said, “We’re 100% fit and thankfully, we don’t have any suspension. We have our full squad at our disposal before tomorrow’s semi-final.”

Former India International, Mehraj Ud Din Wadoo, is at the helm of FC Pune City and he appeared calm and composed before tomorrow’s match.

“I think we have been doing good so far. It’s another big match for us tomorrow. Everyone is at the right shape of the mind and I hope, they give their best tomorrow to overcome Aizawl FC to make it to the final.”

The FC Pune City coach complimented the Mizo side as a “very good unit”.

“Aizawl FC are a very good unit, especially they have a very good midfield. They pass the ball very well and they keep the ball nicely. But, we’re not thinking much about these now. We’re focusing on our game and looking to better our performance tomorrow.”

Meanwhile, Wadoo praised the youngsters for whatever they have achieved so far and shared that there is absolutely no pressure on them.

“I try to help them as much as I can. I feel they also enjoy it. But, at the end of the day, it’s the players who go out and get the job done. There’s no pressure at all. Our motto is just to go out and enjoy the moment. I would like to say that the results have come because the players have been working relentlessly.”

The second semi-final of the Hero Elite League 2018-19 will kick-off at 03:00 PM and it’ll be streamed live on I-League Official Facebook page.