Aizawl look to be second-time lucky versus Mohammedan Sporting 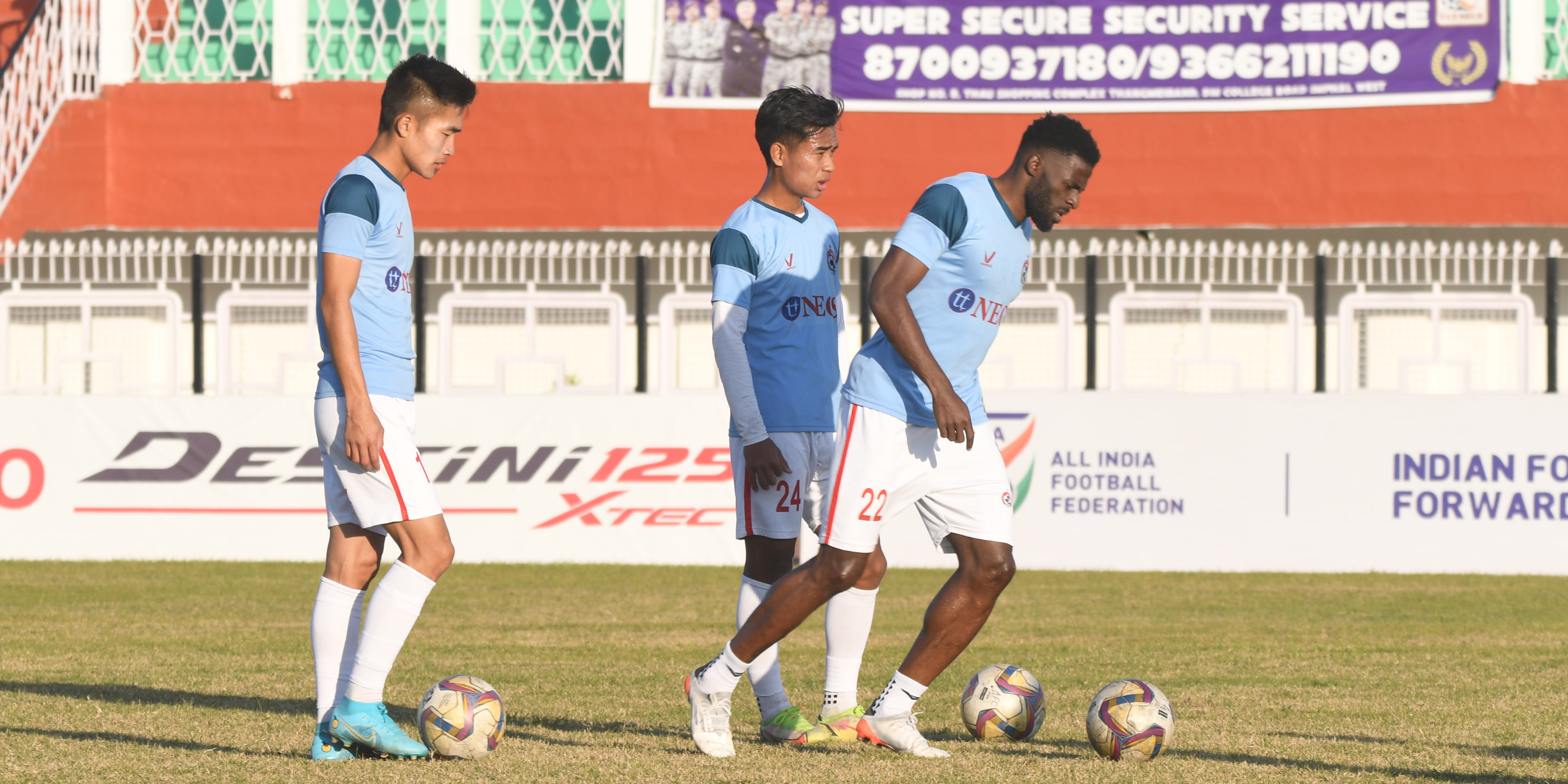 AIZAWL: It is never easy bouncing back from a 4-0 home defeat, particularly if that was your first loss at home. Mohammedan Sporting will be out to do this difficult job when they take on Aizawl FC in the Hero I-League at Rajiv Gandhi Stadium here on Thursday, January 26, 2023, at 4:30 PM IST.

Aizawl, a strong home team themselves, are not in a comfortable position either. They are also coming off a 1-2 defeat to NEROCA. Right now, the People’s Club are eighth on the table with 17 points from 13 matches, one point ahead of Thursday’s rivals. However, since the turn of the year, the table has kept changing almost every day. The gap between the teams is still narrow and Aizawl can go up to the fourth spot if they win on the morrow.

These two teams met at Kolkata’s Kishore Bharati Stadium just 12 days ago and Aizawl let two points slip through their fingers, conceding Marcus’ Joseph’s equaliser in the twelfth minute of stoppage time. That result was a major talking point on Wednesday, the eve of the match. Aizawl coach Caetano Pinho was more guarded in his approach, saying “Every game in Hero I-League is a tight game. There are no easy games. We’ve seen Kenkre, fighting relegation, beat Sreenidi. So there are no weak or strong teams in this league. Having said that, we are placed above Mohammedan in the table right now.” But captain Lalchhawnkima, sitting beside him, said, “They got away narrowly at their home, so we are confident that we can get full points tomorrow.”

Visiting coach Kibu Vicuna was more forthcoming in his thoughts about that draw. He said, “My expectation is to play a good match and get a good result, especially after the loss to RoundGlass Punjab in the last match. We had only three days to train after that but the team is focused on its job, so I expect a better performance tomorrow. 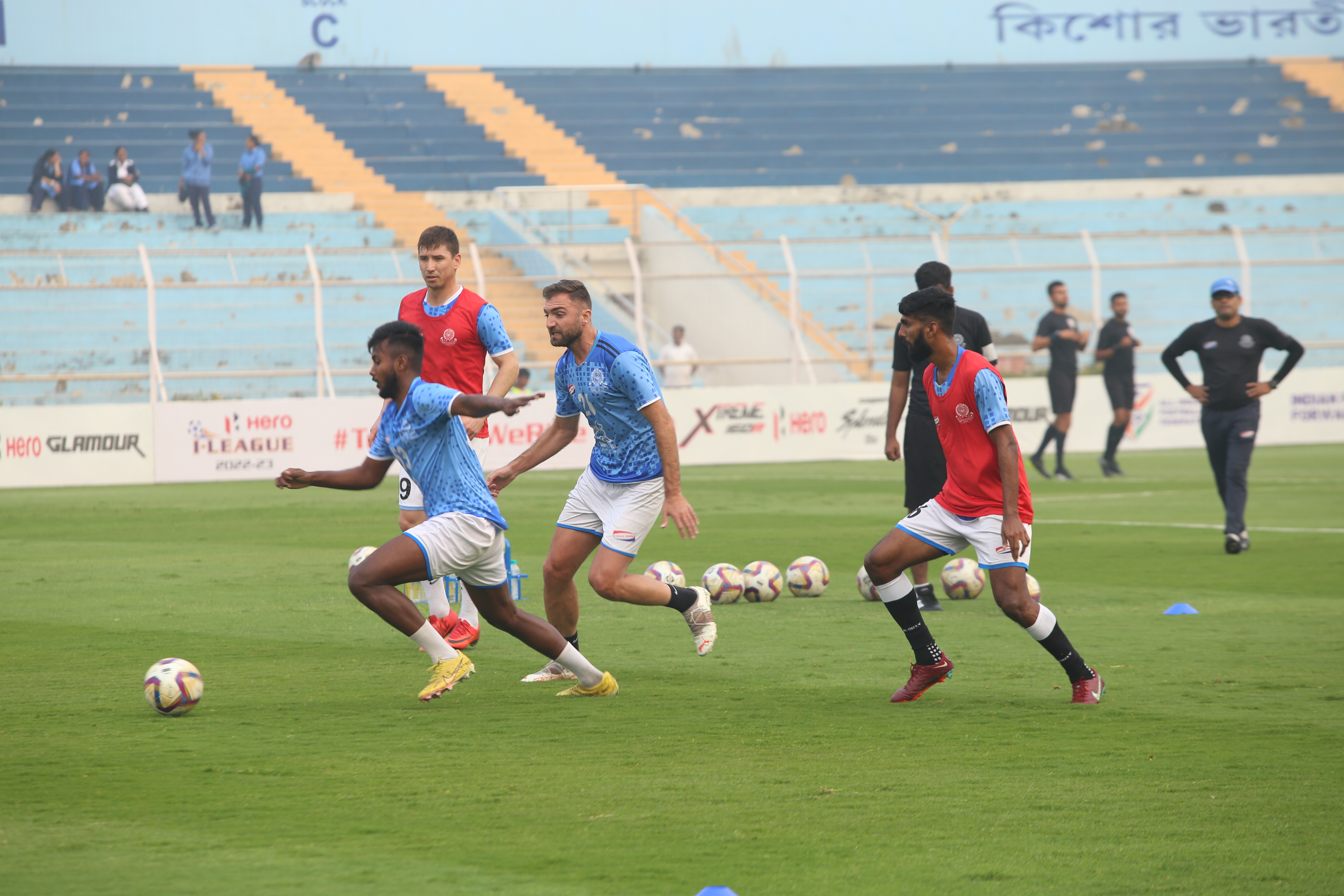 “Just a few days ago, Aizawl had come very close to grabbing full points against us, but we managed to draw the game. There were some moments when we were the better team, and at some other points, they were better,” he elucidated. “And they scored from two set-pieces. That means they won some key moments. So I expect another difficult match tomorrow. We’ll have to very precise,” the Spaniard added.

It seems Pinho is more interested in long-term gains. He took over in the middle of the season and his side looked on the ascendancy when they defeated Sudeva Delhi after holding Real Kashmir to a goalless draw and almost beating Mohammedan Sporting. That is why, the defeat to NEROCA has disheartened him to some extent.

“We were all disappointed with the result against NEROCA,” he admitted. “After I took over, I think only that game was a little disappointing.”

However, he said the manner in which the side played gives him hope. “We did create a lot of chances even though we could not convert them. Boys are fighting for each other and improving tactically,” he remarked.

Perhaps in order to put some pressure on tomorrow’s opponents, Pinho said “Of course we’re aiming for three points, but we need fans to come and cheer for us. That would give us a mental advantage.”

If his forwards, Henry Kisekka and Matias Veron, be more clinical in front of goal than the last game, Aizawl can hope to be second-time lucky against the Kolkata side. Pinho said hereon a lot depends on how hungry a team is on a particular day. “For example, we could not take our chances in the last match. Whenever a team does that, they get punished,” he pointed out.

Vicuna’s side saw against RoundGlass Punjab how severe that punishment could be in this tight Hero I-League. They would not want to make similar mistakes.

The match between Aizawl and Mohammedan Sporting will be telecast live on Eurosport, DD Sports and Discovery Plus OTT platform from 4.30pm.