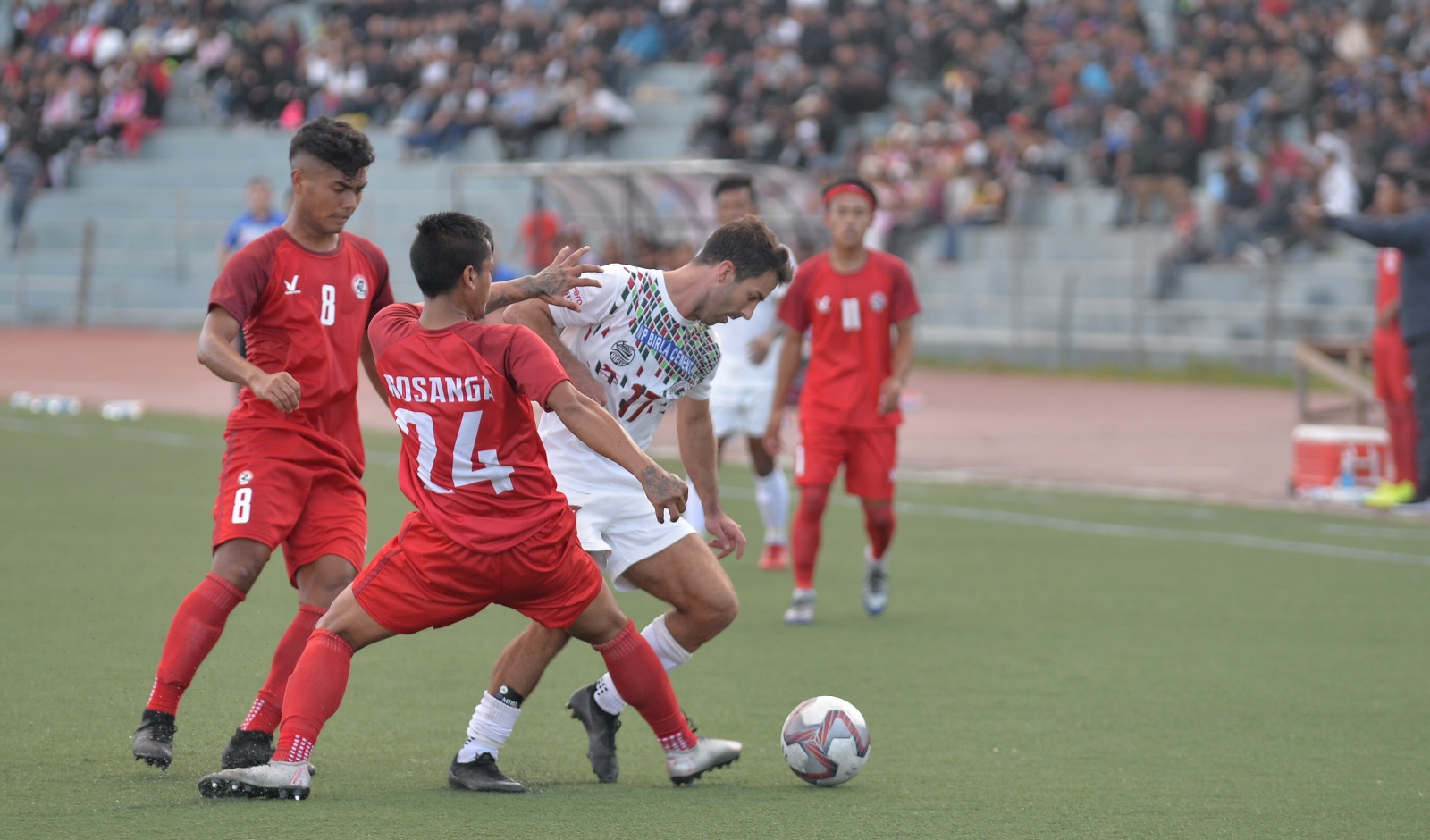 Aizawl, November 30, 2019: Aizawl FC held Kolkata giants Mohun Bagan to a goalless draw at home on the artificial turf of the Rajiv Gandhi stadium. The opening game of the 13th Hero I-League season between two former champions had several moments of excitement but a goal eluded both sides in the end.

Both coaches, Kibu Vicuna of Mohun Bagan and Stanley Rozario of Aizawl packed their sides with midfielders indicating a cautious approach to begin their campaign.

Bagan had Suhair V.P. as the lone striker upfront while Rozario played William Lalnunfela ahead of a six-man midfield. The visitors pressed hard from the get-go.

Suhair’s through forward to Julian Colinas brought up the first chance of the game in the 3rd minute as the Spaniard’s left-footed strike beat Lalremruata in the Aizawl goal, but went just wide.

Suhair then got even better through ball from Nongdamba Naorem in the 8th minute but hit straight at Remruata who did well to come off his line quickly and narrow the angle. In the 21st, Lalrosanga brought up a fantastic block to deny Fran Gonsalves with the goalkeeper hopelessly out of position.

Aizawl, however, started getting back into the game from the half-hour mark and just before the break William Lalnunfela missed a couple of gilt-edged opportunities to put the home side ahead.

Mohun Bagan had begun strong but both sides certainly ended the half on equal terms.

Aizawl pressed on with confidence after the break and Mohun Bagan’s hopes received a blow with Naorem, who had given a good account of himself, being stretchered out.

Mohun Bagan also made two more changes bringing on Sk. Sahil and Spaniard Salva Chamorro to bolster their attack but they did not yield the desired results.

In a tribute to the young Aizawl side’s stamina, coach Rozario brought on his first substitute in injury time. The referee flashed his yellow card a few times in the game but overall the game was played in a competitive spirit.