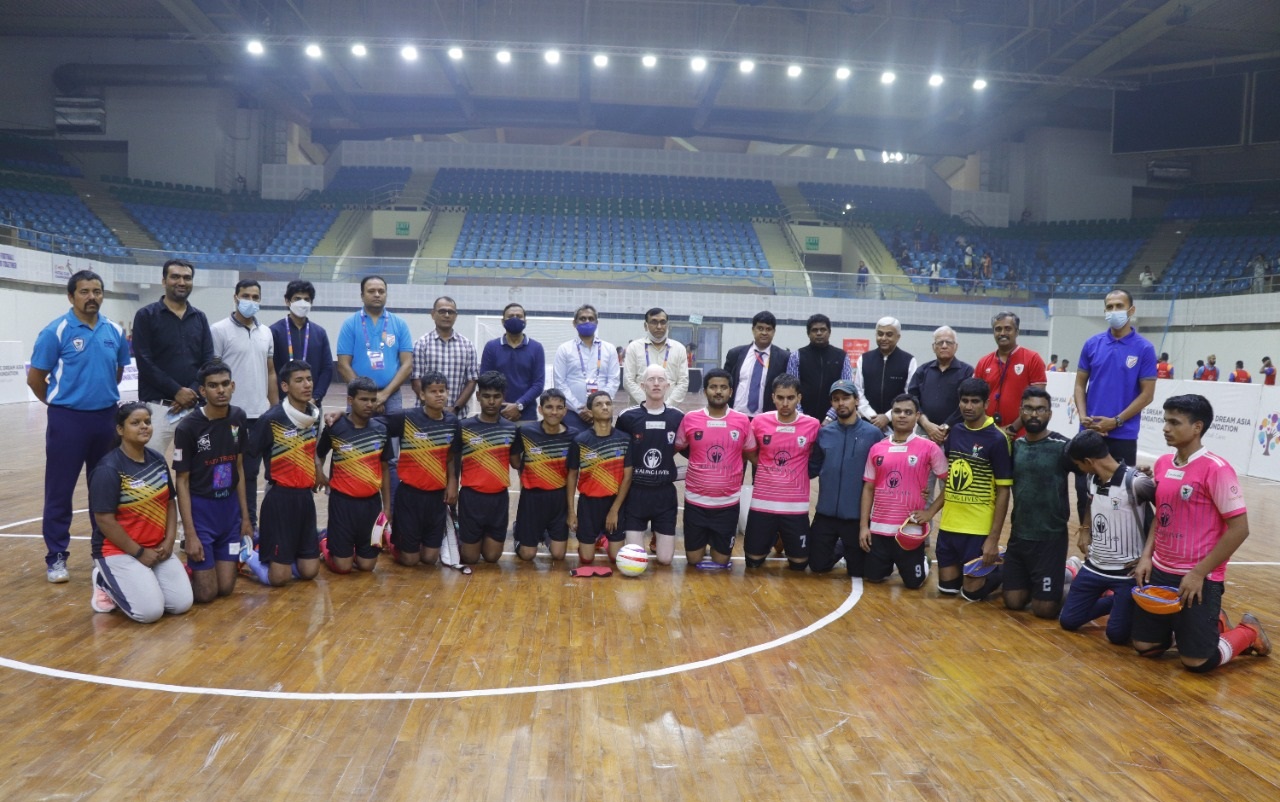 NEW DELHI: The All India Football Federation today (November 11, 2021) conducted a grassroots initiative programme at the Indira Gandhi Arena, promoting the sport of futsal across all sections of the society in association with Football Delhi.

It all started with a match for the grassroots development of Indian futsal, with three NGO’s (Non-government organisations) stepping up. Cequin NGO, Fairy Fari foundation and Slum Football Foundation participated in the match, in which around 15 girls featured.

Mr. Kushal Das, General Secretary of the All India Football Federation was present on the occasion as were officials from Football Delhi, along with other members of the AIFF management.

“It’s so encouraging to see 16 teams participating in the inaugural edition of the Hero Futsal Club Championship. We are working on developing grassroots all over, and I want to urge all State FAs and clubs to work forward together on it,” Mr. Das averred.

“We at the AIFF have always strived to be inclusive. It is not just about the professional footballers, but also at the grassroots levels that play an important role. In that way, I think this has been a fantastic initiative,” he added.

Mr. Sunil Matthew, Sporting Director & Head Coach, Indian Blind Football Federation mentioned: “It was a fantastic experience for our boys against the backdrop of the Hero Futsal Club Championship. We would like to thank the AIFF, and especially the General Secretary for providing us with this platform.”

The two semi-finals of the inaugural edition of the Hero Futsal Club Championship is slated for tomorrow (November 12).