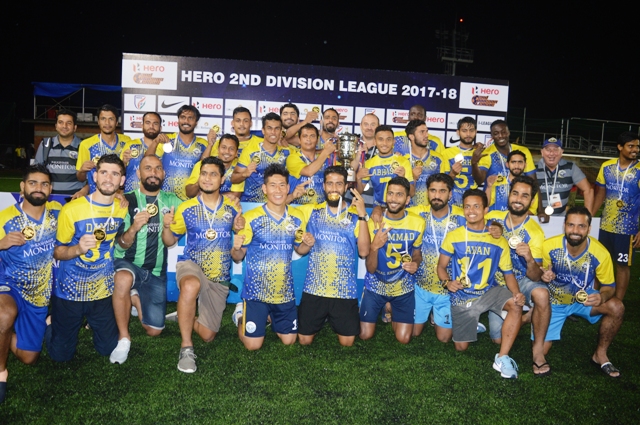 NEW DELHI: All India Football Federation congratulated Real Kashmir FC for clinching the 2017/18 Hero 2nd Division League. In the process, they became the first Club from Kashmir to have qualified for the premier league of the Country, the Hero I-League.

Real Kashmir FC defeated Hindustan FC 3-2 at Bengaluru’s FSV Arena today (Wednesday, May 30, 2018) to finish their final round campaign with 7 points from 3 matches, 3 ahead of Hindustan FC.

AIFF President Mr. Praful Patel in his statement said: Congratulations Real Kashmir FC for becoming the first club from Kashmir to qualify for the I-League. I am sure the achievement will inspire the youth to take up the beautiful game and take our Country to higher echelons of International Football.”

AIFF General Secretary Mr. Kushal Das said: “ The I-League finds a new centre in the next edition and AIFF’s vision of a pan Indian league has further been substantiated. Congratulations and good luck for the next edition.”