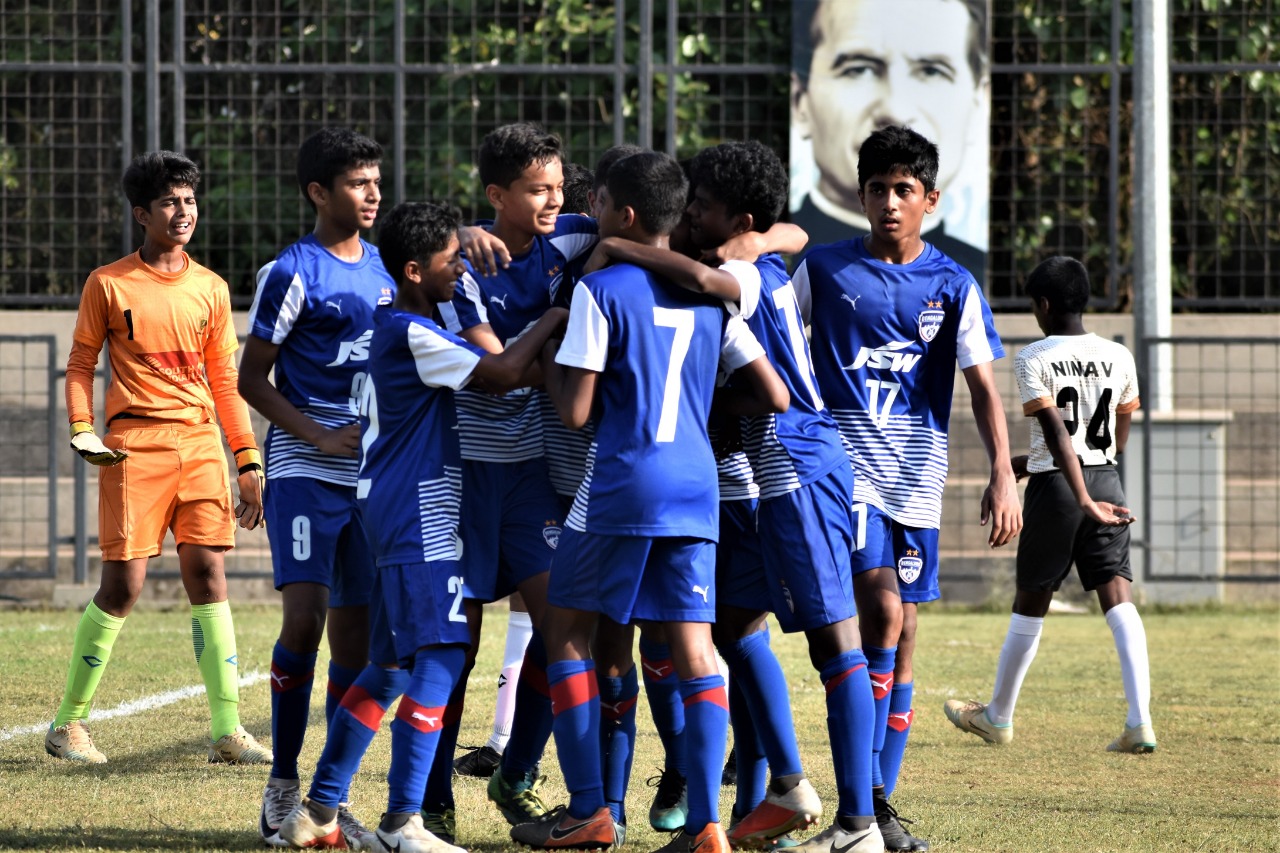 New Delhi, May 18, 2019: The Bengaluru FC senior team clinched their first Hero Indian Super League title in March earlier this year and now, they are just two matches away from being champions in the Hero Sub-Junior League 2018-19 as they made their way to the semifinal of the competition after a flawless campaign so far.

“The entire credit goes to the players,” said coach Rajan Mani, who has been with BFC for two years now and is an AFC A-License holder. “The boys are really committed and motivated, and give it their all on the pitch. There is a great unity in the team and a hunger to learn more and keep improving,” he added.

In the Zonal Round, they topped the Bengaluru Group B which consisted of five teams, finishing with eight wins in eight games and a goal difference of +36, and thus making their way to the final round in Goa. Drawn in Group B, BFC sailed through with three victories as they defeated Salgaocar FC (3-1), Parappur FC (2-0) and J&K State Football Academy (2-1).

They will now take on Sudeva Football Club in their semifinal clash and will come into the match high on confidence. “Our preparation is done and we are ready for the match. We know we have to give more than our 100 percent and just keep going. We’re just two steps away from the trophy and looking forward now to the game,” exclaimed a confident Mani.

The man to watch out on the pitch for Bengaluru FC will be skipper Gautam Rajesh, who hails from the Garden City and is deployed as a defensive midfielder in the middle of the park. “It’s a huge deal for us to come this far and all the players have worked really hard. We are pretty confident ahead of the semifinal and are looking to go all the way,” he stated.

The 14-year-old also spoke about how it felt playing for a club such as BFC and his interactions with the senior pros such as Sunil Chhetri, Gurpreet Singh Sandhu, Udanta Singh etc.

He said, “Playing for a club such as Bengaluru FC means that there are a lot of expectations from you, of course. However, it is a great honour representing this team and feels great. The senior team players interact with us a lot, follow our progress and give us a few tips as well!”