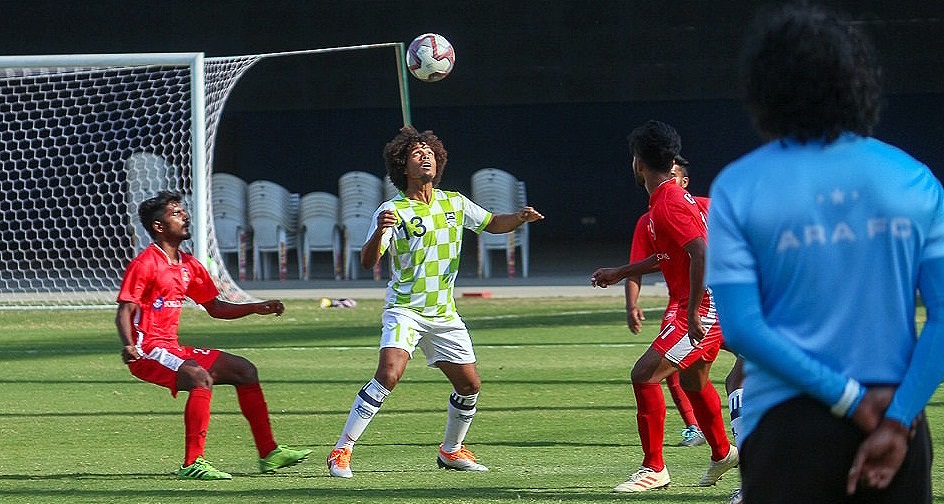 NEW DELHI: The action in the Hero 2nd Division League is in full swing — with the matches coming in thick and fast, and the points table starting to take shape as we cross the halfway mark.

In Group A, ATK (Reserves) lead the pack with 14 points in seven matches but hot on their heels are Garhwal FC, who are unbeaten in the five matches they have played so far and currently stand on 11 points.

Rajasthan FC and Lonestar Kashmir FC are still fighting it out to make it to the final round, sitting in fifth and sixth places on the table respectively. The side from Rajasthan have five points from six games while Lonestar have the same number of points but have played a match more.

The two sides from Kolkata currently occupy the top two spots in Group B — with Mohammedan Sporting Club on top with 12 points in six matches. They began the competition with a bang, winning their first three games and scoring eight goals in the process but suffered deflating defeats in their next two. However, they bounced back with a win away to Bengaluru FC (Reserves).

Right behind them are Bhawanipore FC with eight points in five matches, having embarked on an unbeaten run after losing their first game to Mohammedan Sporting. With only one team to qualify for the final round from Group B, the race for qualification is expected to go right down to the wire as both times are scheduled to face off in Kalyani in the final group fixture on March 25.

“Since the first game, our players have lifted their game and now our target is the next away match against Bengaluru FC reserves on 15th. The AIFF has done a nice job until now to have organised the Hero 2nd Division League with utmost precision. Our target is to qualify to Hero I-League but the job is easier said than done. We have to keep our focus until the target is achieved,” said Shankarlal Chakraborty, head coach of Bhawanipore FC.

“Football is a team game and I believe that from the bottom of my heart. Although, 1-2 players put up standout performances, eventually, it’s the team that gets the job done,” he added.

Group C also features a tight battle for the top spot and final round qualification. FC Bengaluru United, with 13 points to their name in seven matches, are in first place followed by ARA FC and FC Kerala — who have 11 and nine points respectively having played six games apiece.

The highest-places team of each group (non-reserve teams) will qualify directly for the final round, along with the best second-placed team between Group A and Group C.

“We have started off well and despite some results not going our way, overall it has been a good experience so far. We planned and made our team much before the season started and it has a good blend of youth and experience,” Vivek Nagul, Technical Director and head coach of ARA FC, stated.

He continued, “We are the first professional club from Gujarat and it is our aim to help in the development of the game in the state as well as the whole Western India region. Having a team from here playing in the Hero 2nd Division League is a big boost.”