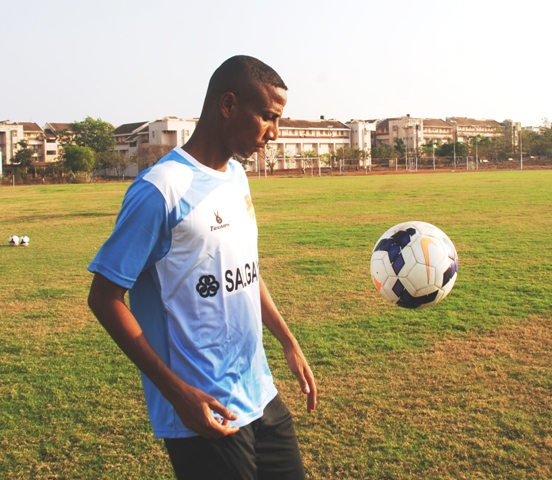 NEW DELHI: Salgaocar FC completed their quota of foreign signings after having acquired the services of Yemen International, Khaled Hasan Baleid, until the end of the season, the Club announced on Thursday.

Khaled arrived in Goa in the wee hours of the morning and signed on the dotted line for the Greens after clearing his medicals.

Salgaocar FC have been on the lookout for their fourth foreigner under the Asian quota for a while now and had shortlisted a couple of players in the process. Eventually, Khaled was found most suited to coach Derrick Pereira’s scheme of things given his versatility.

He is adept at playing as an out and out striker as well as a winger. He has in the past also been deployed as a withdrawn striker for both club and country to good effect.

“We’ve been found wanting going forward in our last 2 games and the signing of Khaled should provide us with a few more options in attack”, remarked the Salgaocar gaffer.

Khaled, aged 28, has been part of the Yemen national side for a few years now and even scored in his country’s 6-3 win over India in Pune in 2010 in an International friendly. He represented the Yemen national youth side at the FIFA U-17 World Cup in 2003 and was also part of the team that finished Runners-up in the AFC U-17 Championship a year prior, losing to South Korea in finals via penalties.

More recently, he has won the League title and President’s Cup with Al Tilal, Yemen, a club he has long served. He will sport Jersey No. 16 at his new club.